It’s a gear stick, pretty boring eh? Not if you are me. SE is short for Sequential.

Removal Of The SE Drive

You need to gain access to the 2 bolts on each side so lever out the cap under the handbrake lever near the back and undo the Torx screw underneath. Remove the gear knob. This involves just pulling it hard, don’t push the button while pulling. The cover will now lift up and away from the car.

With the SE Drive uncovered you can just see a pair of Torx bolts at the base each side. These are much easier to remove if you take the seats out. The bolts are 5 spline security Torx heads and finding a bit to remove it isn’t easy. You can get them from here or smart, part number 450 589 03 09 00 (thanks BlackDog for that code).You need a 5 spline Torx 30 bit (not a more normal 6 spline).

With the security bolts out the SE Drive can be lifted up and the 2 electrical connections unplugged, one from the ignition and one from the gear change PCB. The PCB connector is where the old style Brabus gear shift boards connect, they just push in and sit between the PCB and the original wiring connection.

Closer Look At Some Of The Parts

This is the SE Drive as it appears removed from the car. 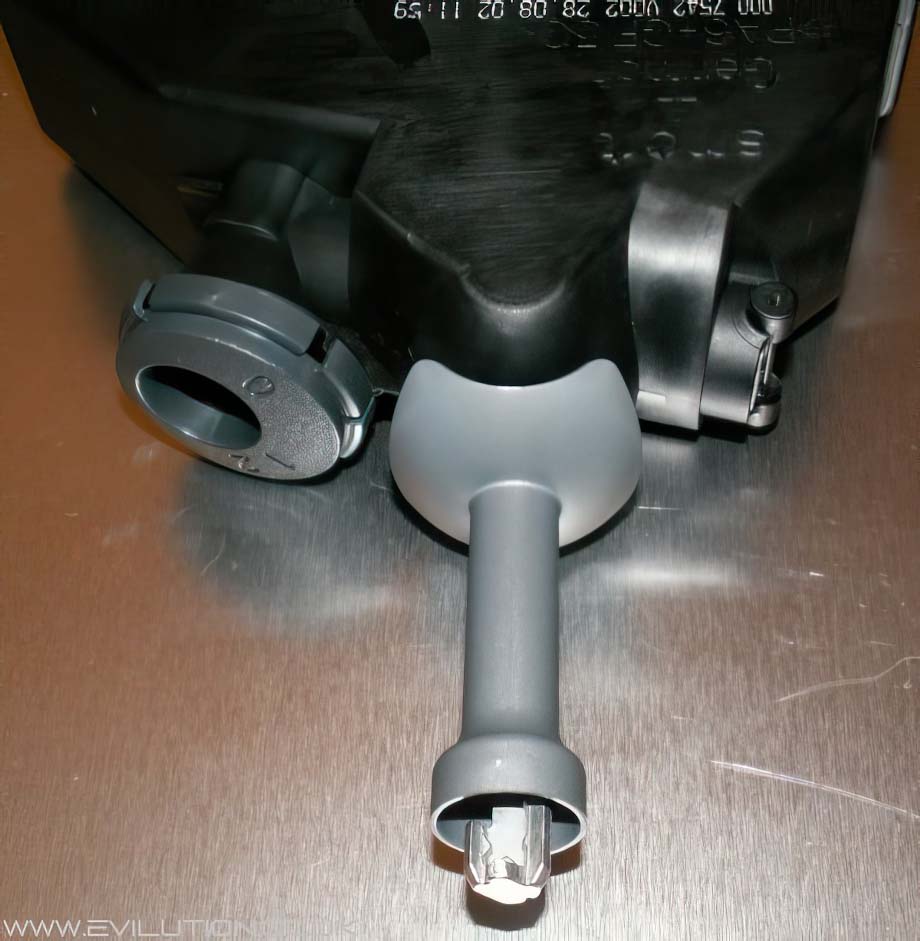 The ignition ring unclips and the gear stick cover just slides off with the spring. 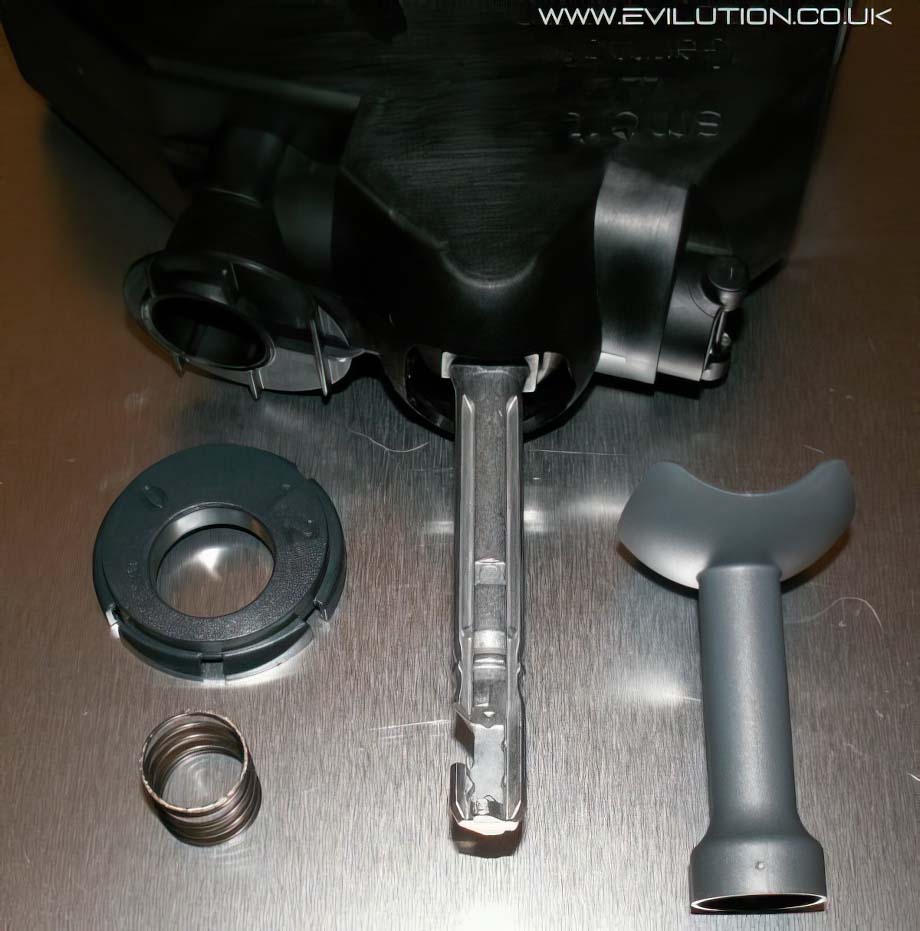 On each side are 3 clips, you don’t need to push them in to take it apart. It’s easier to bend the walls away from the middle and pull the inside out. 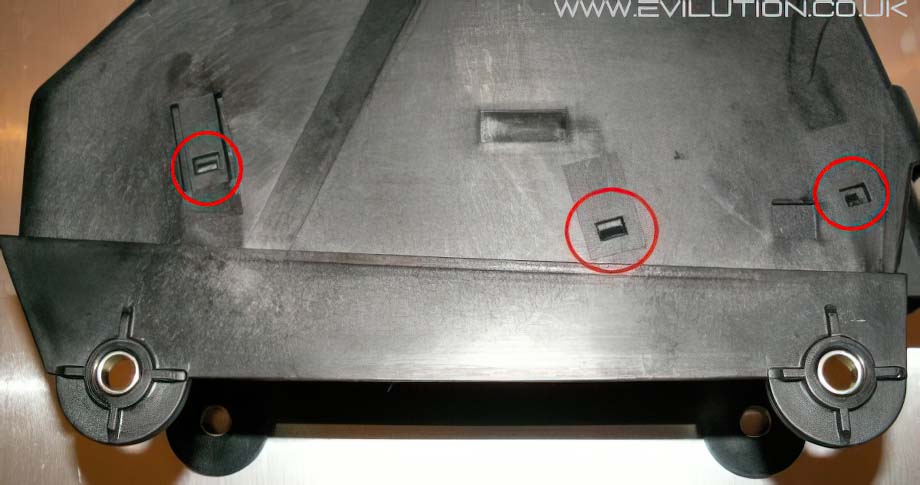 This is the inside straight after sliding from the cover. 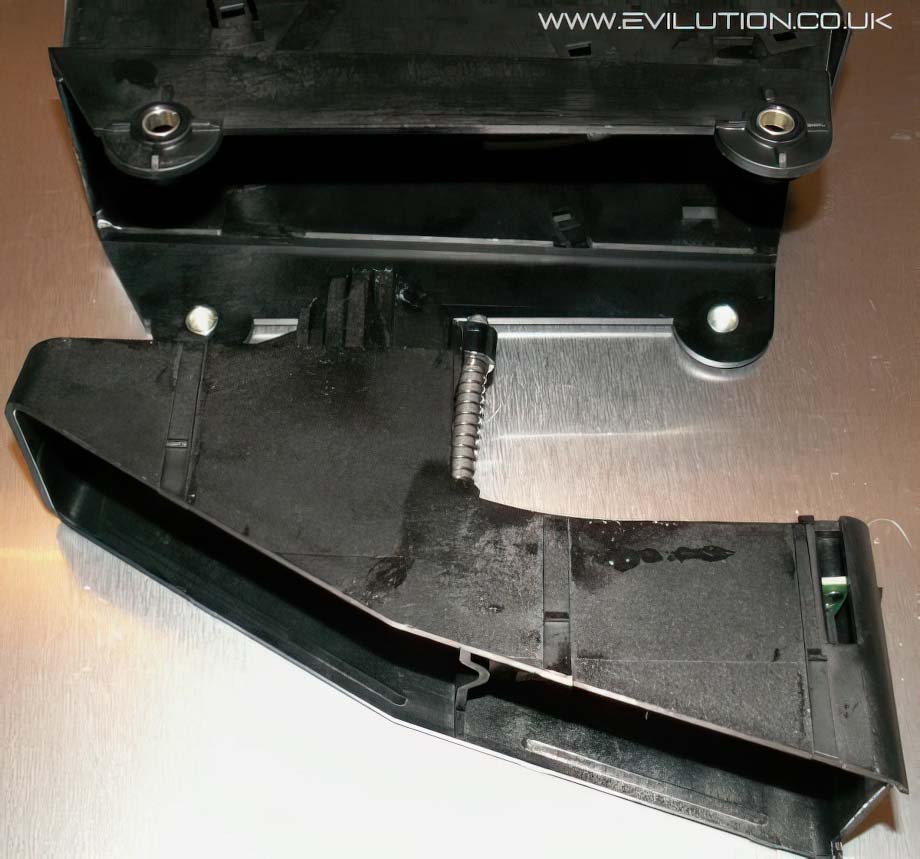 The smart should ALWAYS be locked in reverse when left unattended but the keys can also be removed when the car is in neutral. It’s a very simple but strong mechanism. For starters, as is the case with most locks, you can only remove the key in one position. Below shows the bar that locks the gear stick in position. 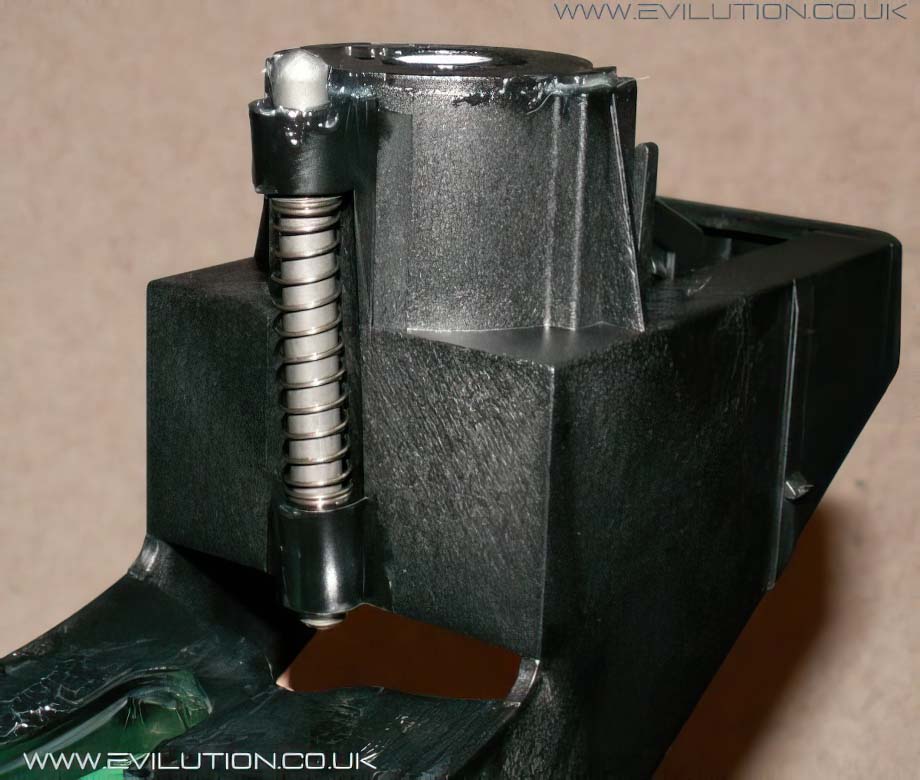 The ignition barrel is connected to a graduated disc, in this case, the disc is in the on position so the pin is held up by the spring. 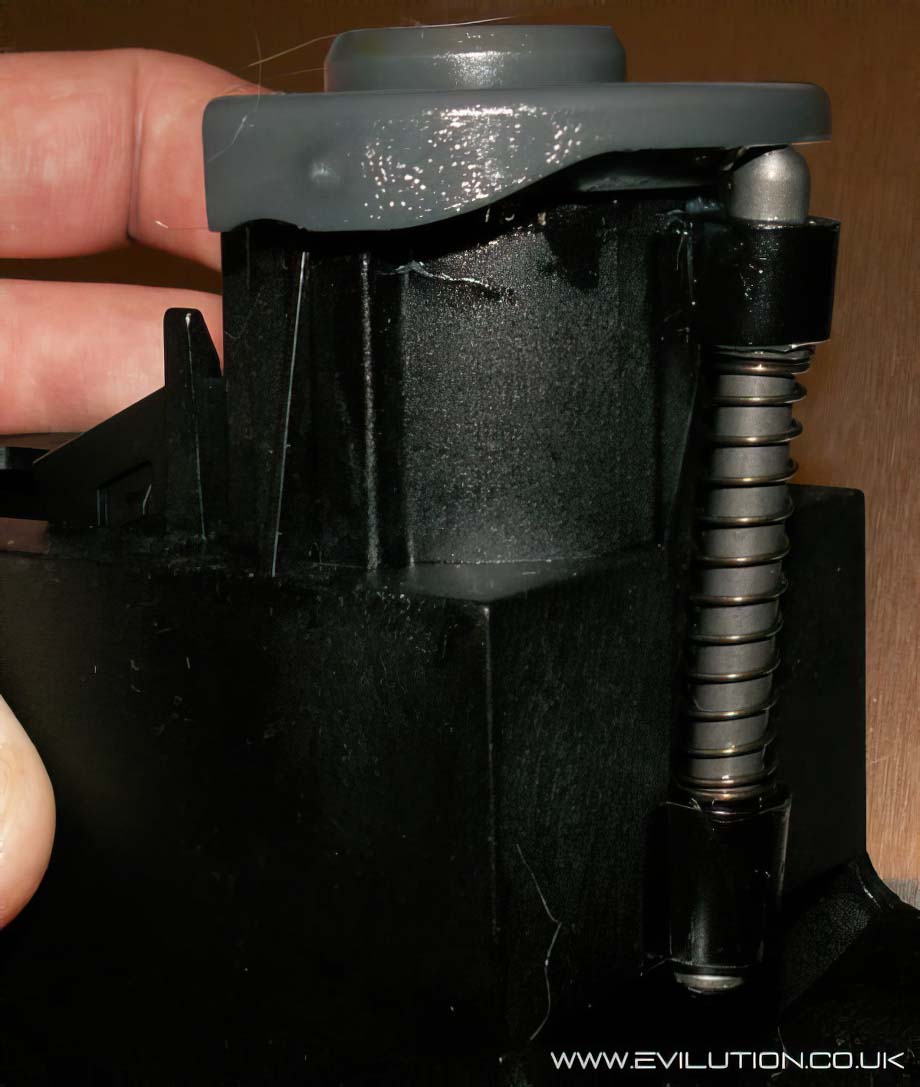 When the car is turned off, the graduated ring pushes the pin down into the path of a large metal plate that attaches straight to the gear stick. 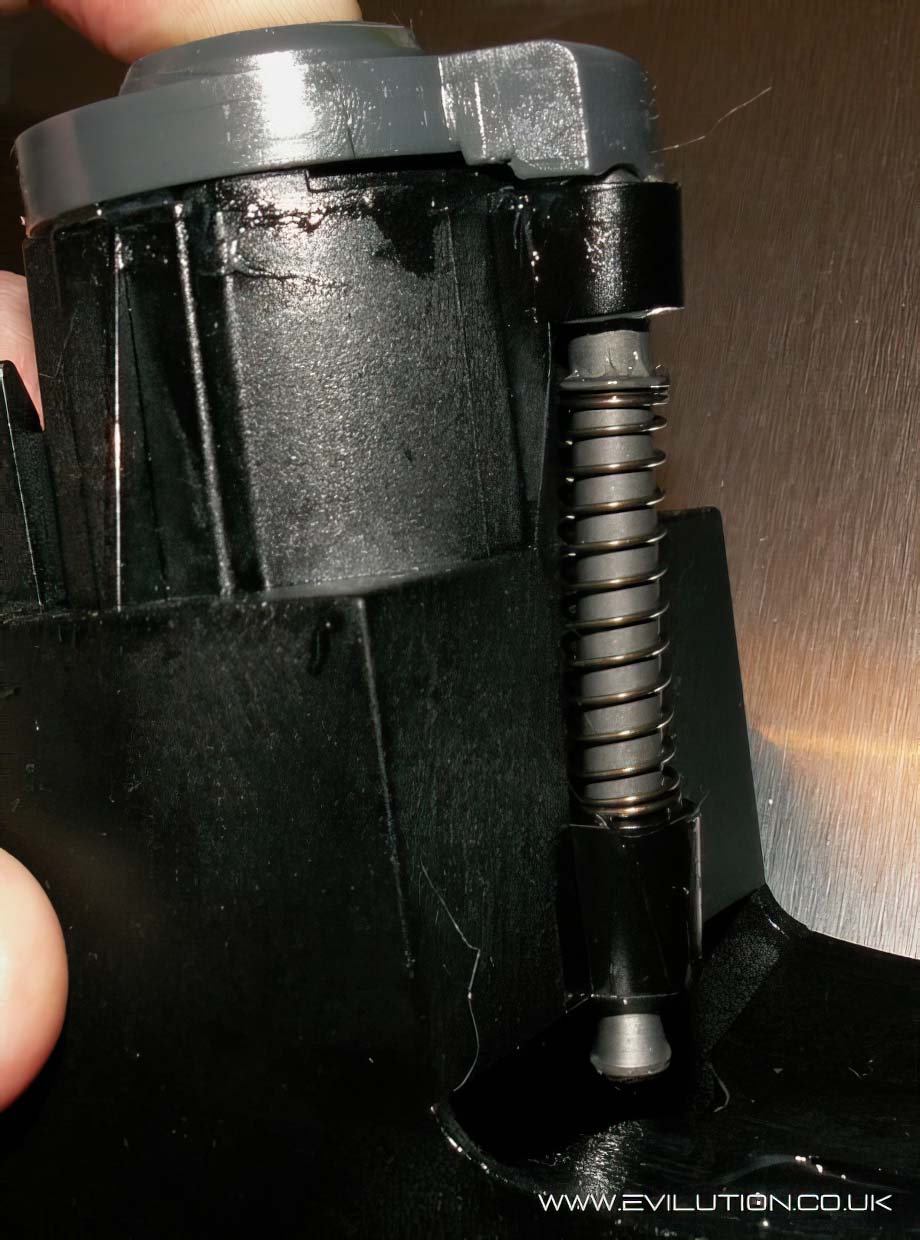 The below picture shows the SE Drive in reverse, the pin is free to move down. The metal plate can just be seen protruding from the opening. 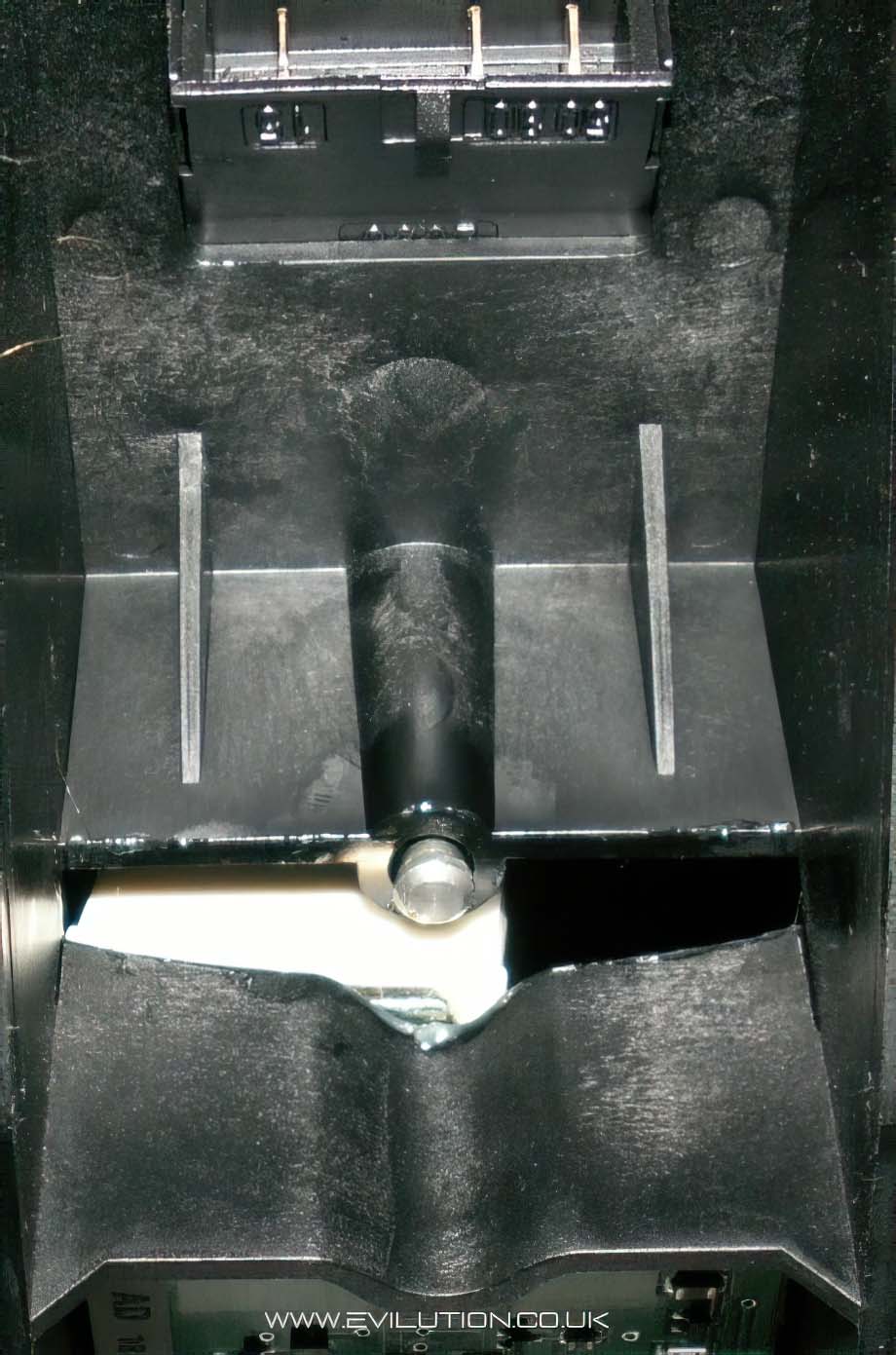 This shows the SE Drive in neutral, the plate is now clealy visable. Notice the cut out from the plate, this allows the pin to drop and the key to be removed in neutral. 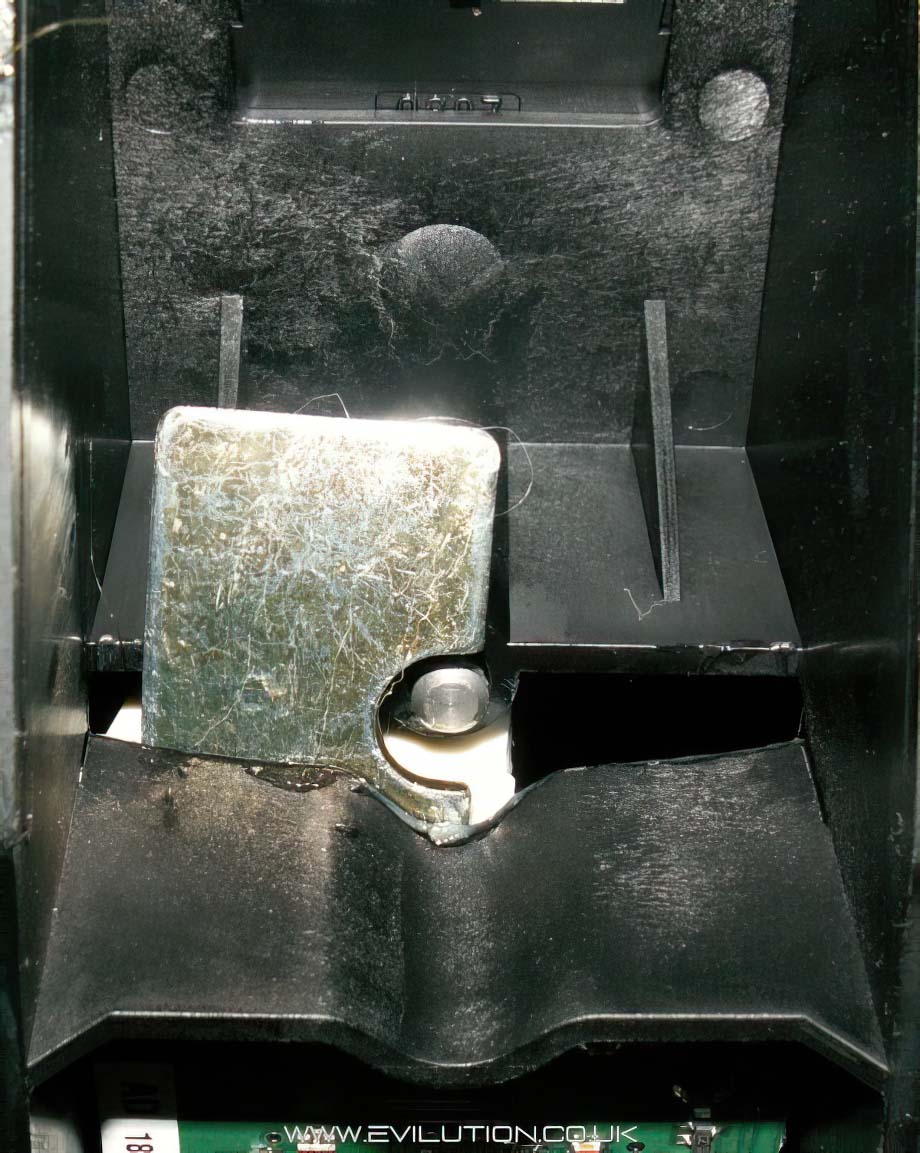 This shows the SE Drive with the stick pushed over to the centre of the gears. The pin has now been covered so the key cannot be removed. 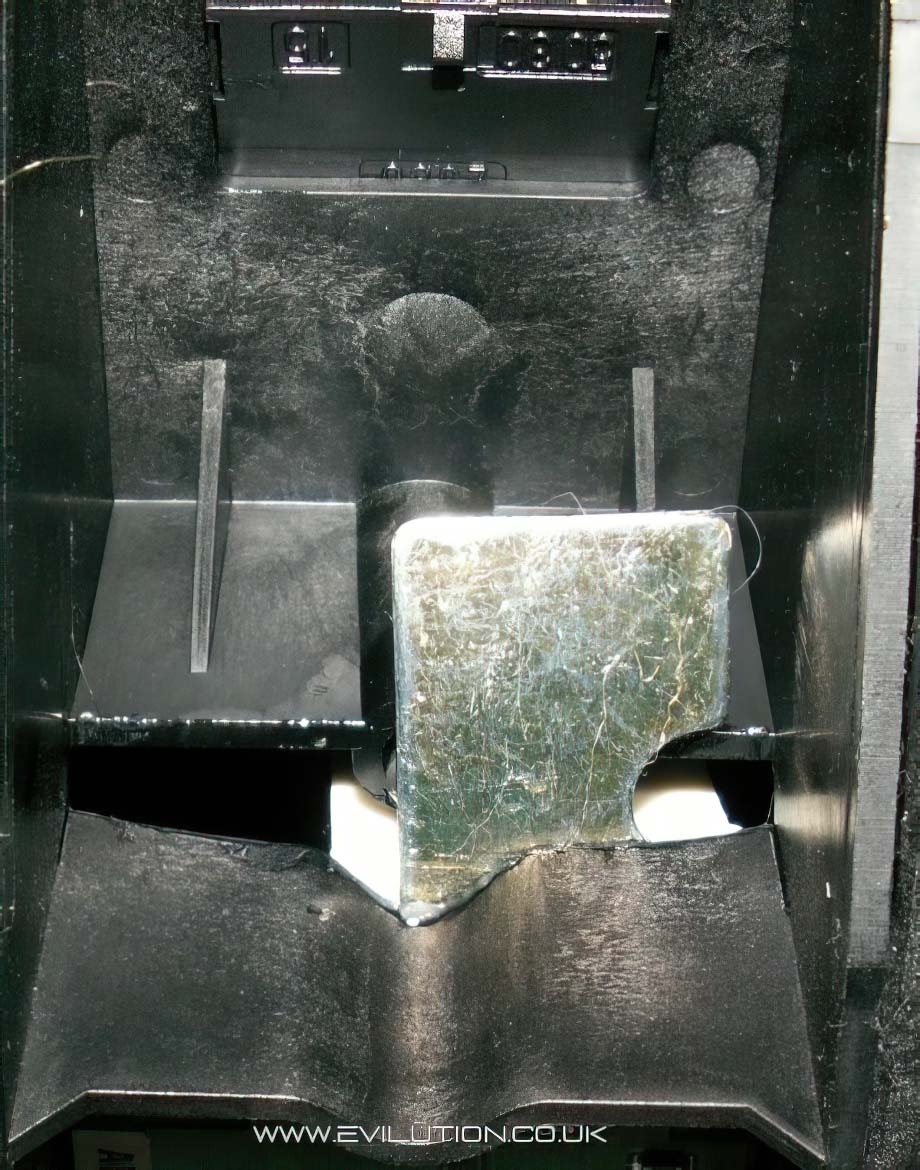 This shows the SE Drive being held towards the ‘down gear’ position. The pin is just covered so the keys cannot be removed.

This shows the SE Drive being held towards the ‘up gear’ position. The pin is covered so the keys cannot be removed. 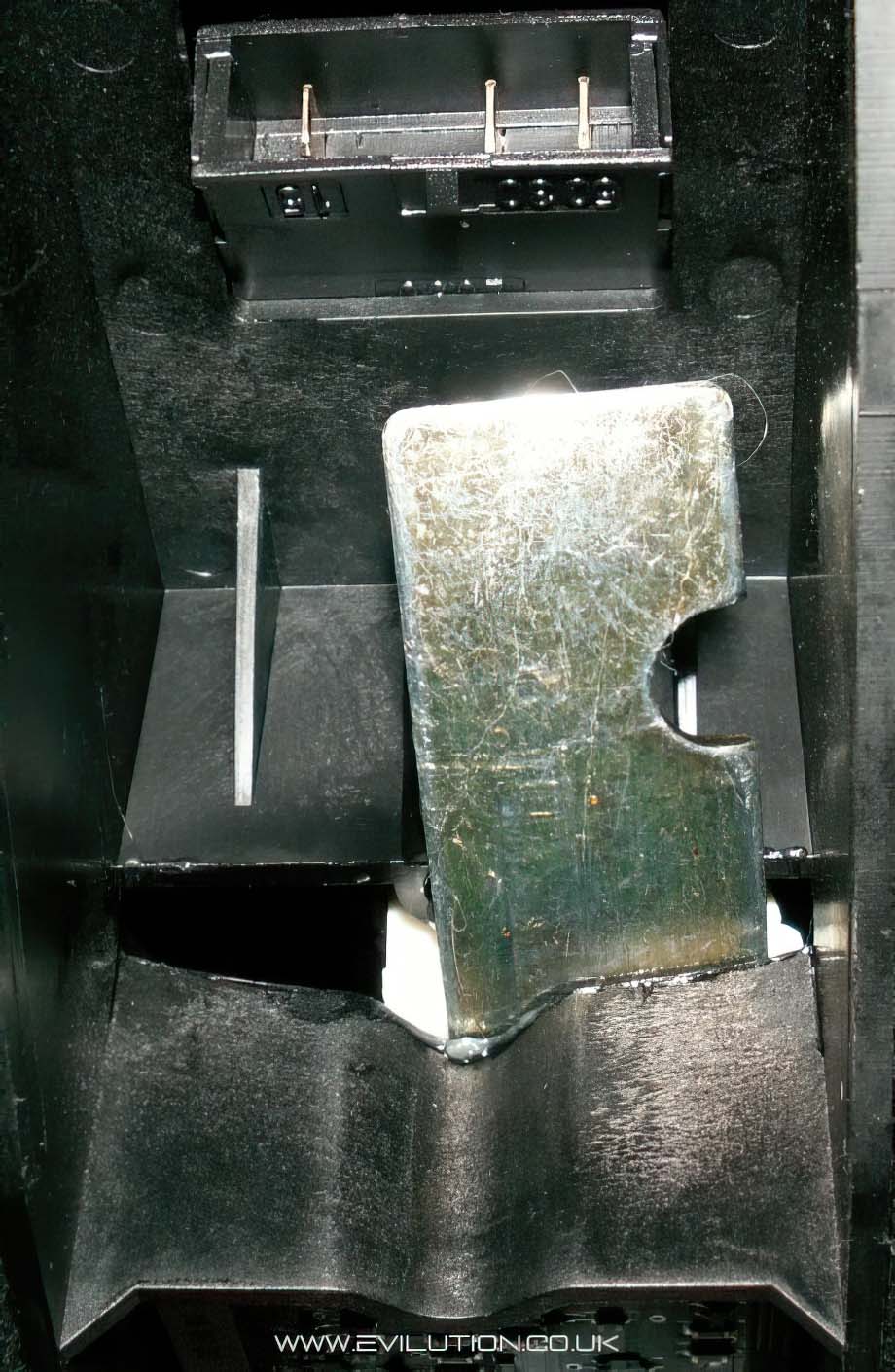 The SE Drive uses a simple device of a sprung wheel and an undulating surface. The wheel naturally sits on the highest or lowest point depending on how it is mounted.

The front of the SE Drive insert shows a ridged surface. A sprung loaded wheel will sit securely in either side of the ridge. neutral/reverse side or + and – side. 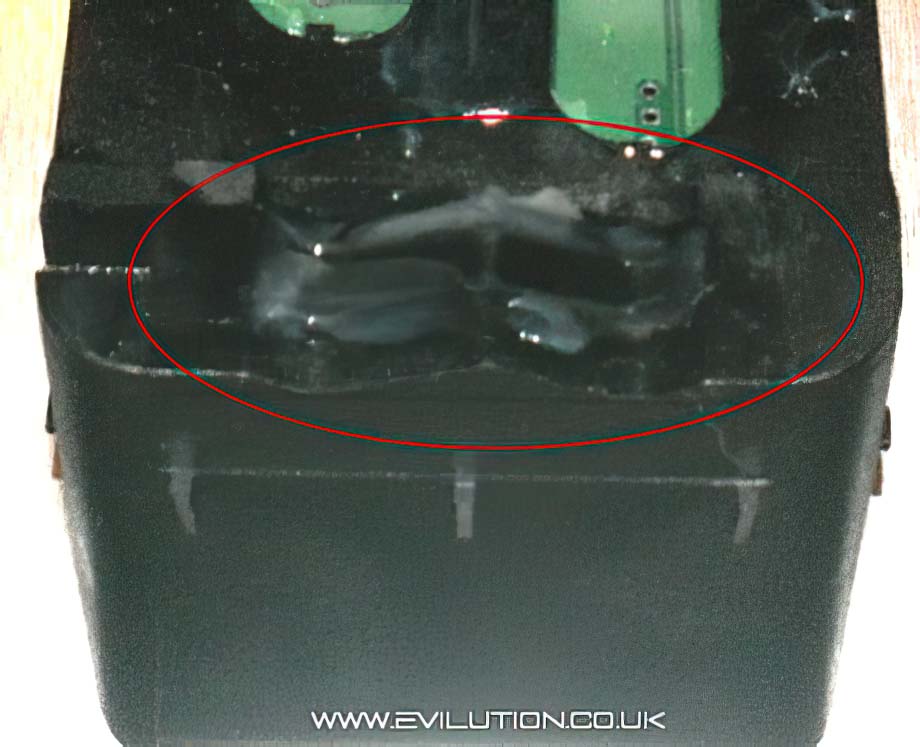 The SE Drive doesn’t use standard mechanical switches to operate the gear. The non contact switches will last much longer. These switches are called hall effect sensors. 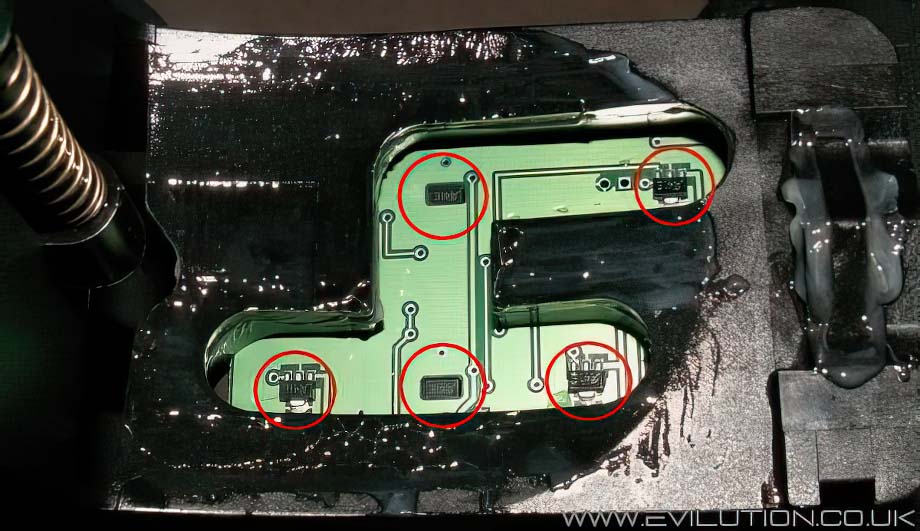 On the end of the gear stick is a magnet, as this magnet passes over the hall effect sensors it switches them momentarily. This is sent to the SAM unit which then changes gear.

The hall effect sensors are circled in red. Circled in green is the sprung wheel that gives the stick a positive movement from side to side.

The Difference Between Semi And Full Auto 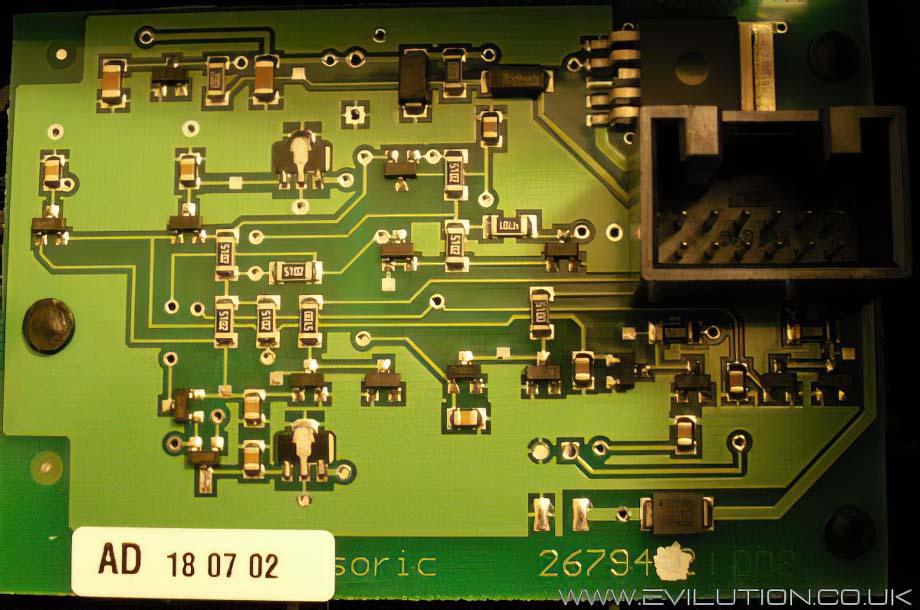 And the picture below is the PCB for the auto, circled in red is the only difference. This black connector has a microswitch pluged into it which switches from semi to auto. 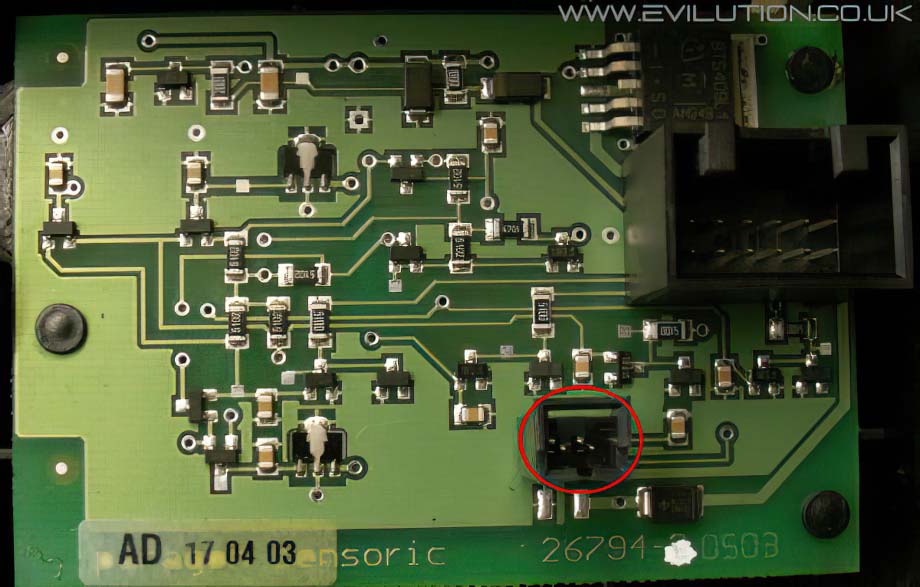 Adding this switch is easy, the PCB is already drilled so you could solder straight to it. The switch has no polarity so any momentary switch wired to these 2 terminals will work. Of course if you want full auto fitted, smart will charge you for a new SE Drive just because they didn’t fit a 4p plastic connection.

Remember, the gear lever won’t move unless the key is in the ignition and turned to position 1. If the key won’t turn in the ignition, take a look at this possible fix. Here.