As the Roadster gets on in age, more people are noticing water collecting inside the rear light. 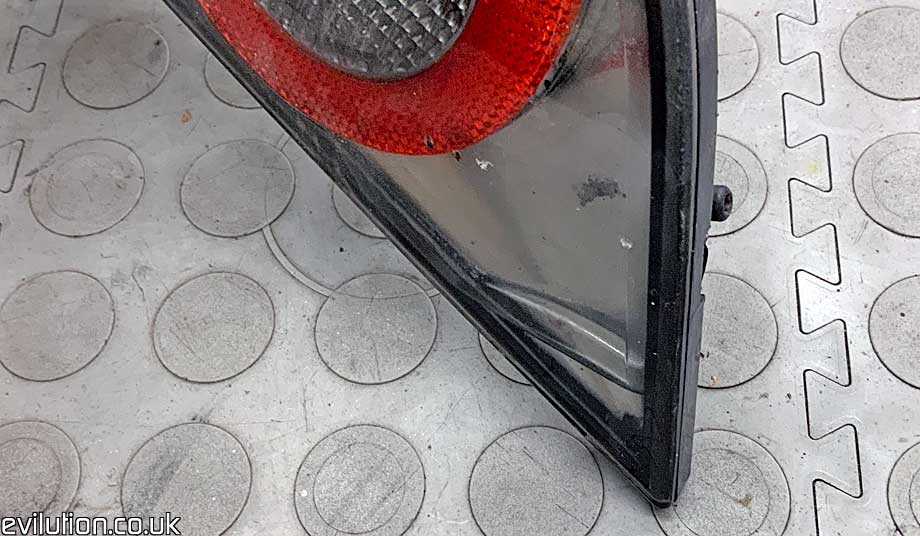 The water usually gets in through cracks either side of the reflector. More so the middle join. 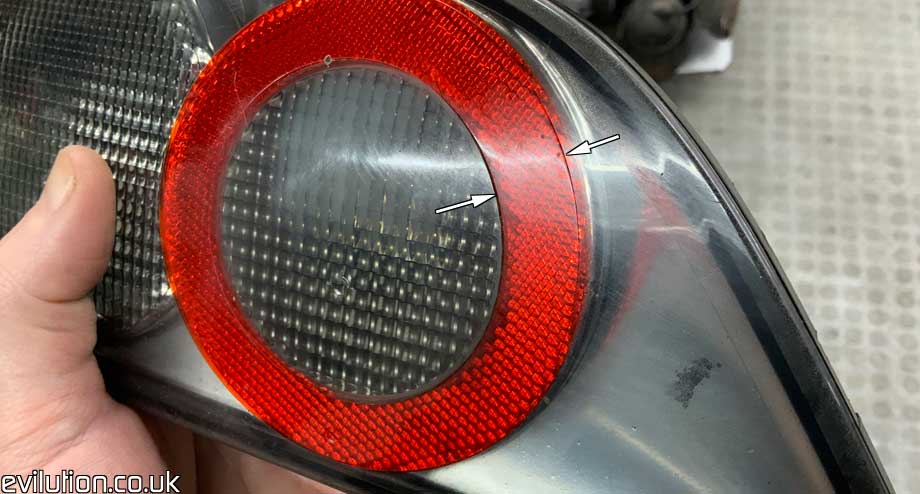 People have incorrectly attributed this to heat from the 21 watt reverse bulb. This of course is bollocks unless you drive everywhere in reverse and leave your reverse light blazing for hours. It’s just badly designed. The UV damages the plastic, temperature cycles from the sun and a small glue surface makes it weak.

To prove the point, I heated a Roadster rear light with an IR heat source and took a thermal image showing the heat spread. You can see the plastic doesn’t take the heat evenly. It’s partially the red colour and partially the reflector.

If if’s not heating evenly, you get internal stresses and eventually the joints fail. 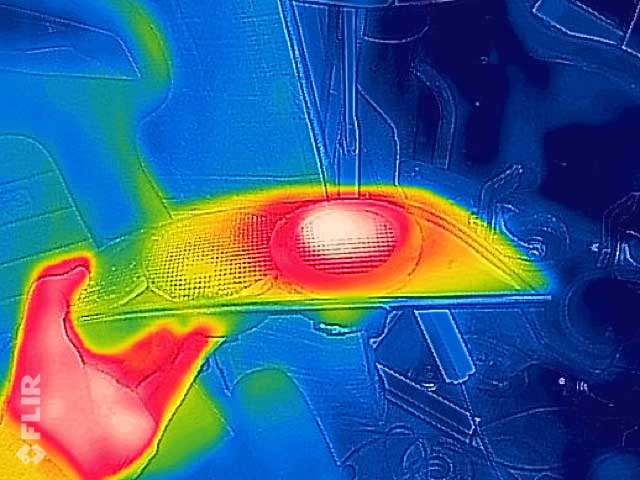 Firstly Let The Water Out

I have seen some people (shithouses) recommend drilling a hole in the clear plastic to let the water out. Don’t do that. Just remove the light unit and drill a 3mm hole in the back at the bottom corner. 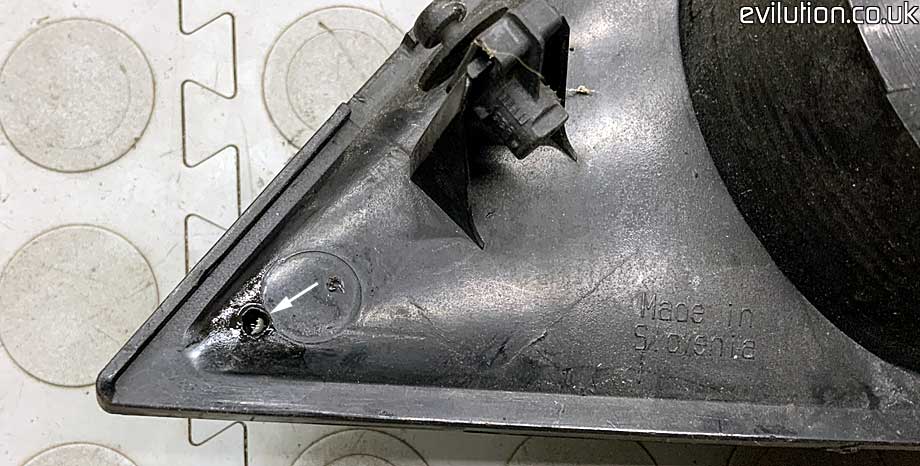 The water will now drip out and will stop collecting inside the unit. 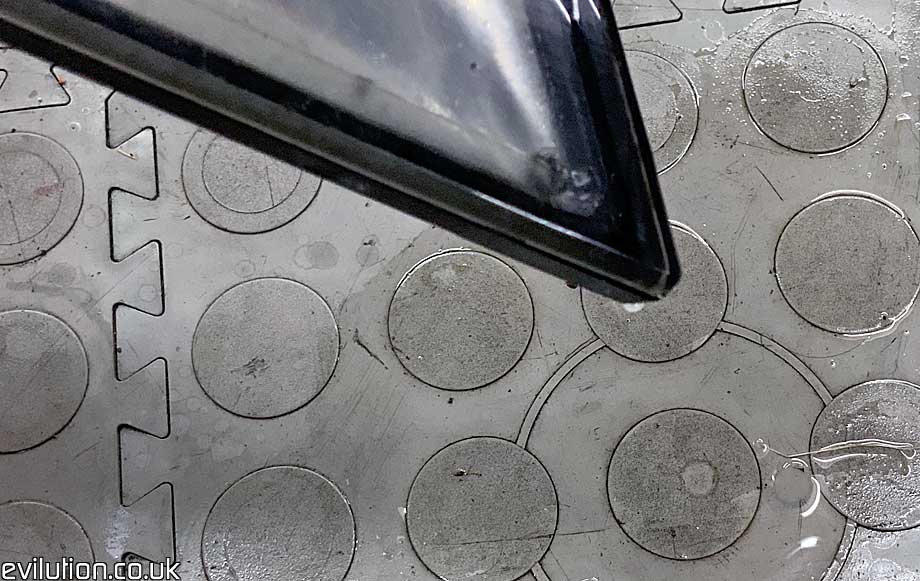 Because it’s drilled from the back, it’s far less noticeable than a hole on the clear cover. 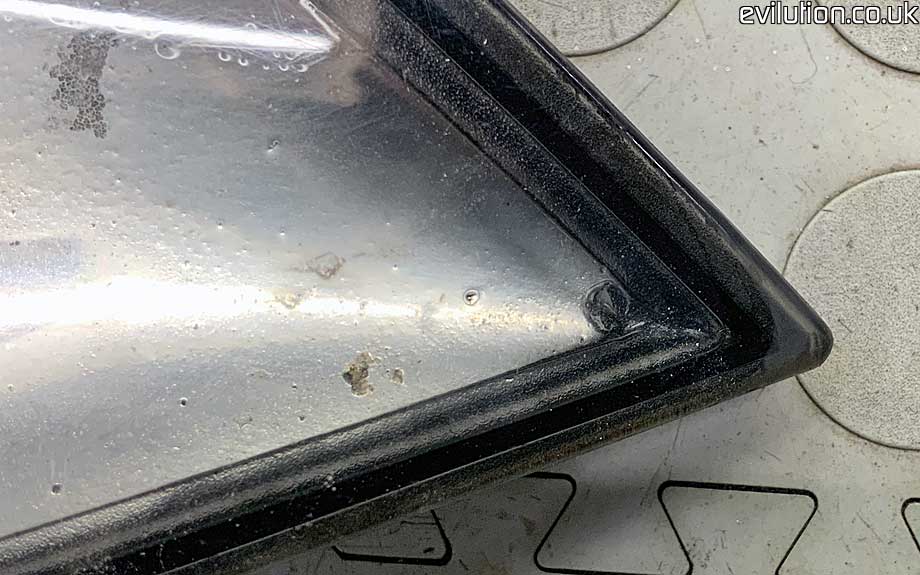 Can I Use A Smaller/Larger Drill Bit?

Due to water surface tension, anything smaller than 3mm doesn’t tend to drain as well and can leave a small amount behind. A larger size will allow the water out but will look more obvious and could allow bugs in.

…it usually has a bit of movement. Water will get in anywhere if given the chance.