When we go away and have to use power for camp light, air pump, DVD player, fridge, etc., I have always found it a pain to keep using the cig lighter socket & having to have the ignition on. - Phil

It was about time we had a 12v accessory socket in the rear that was permanently live with out having to have the key in the ignition. So bought one of these… 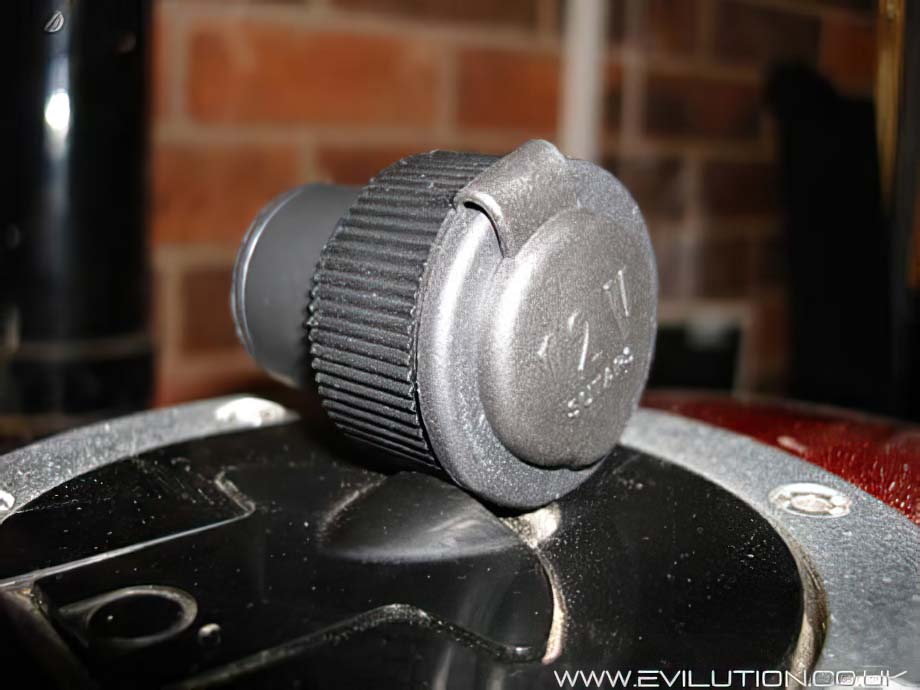 Got it for just under a fiver, just like this one. You can get cheaper ones but they  fit by screws from the front so ain’t as flush and don’t look as neat.  Be carefully when buying though as they have marine fitting ones that look similar  but don’t take the lighter socket adapter.

First thing was to remove the internal panel. 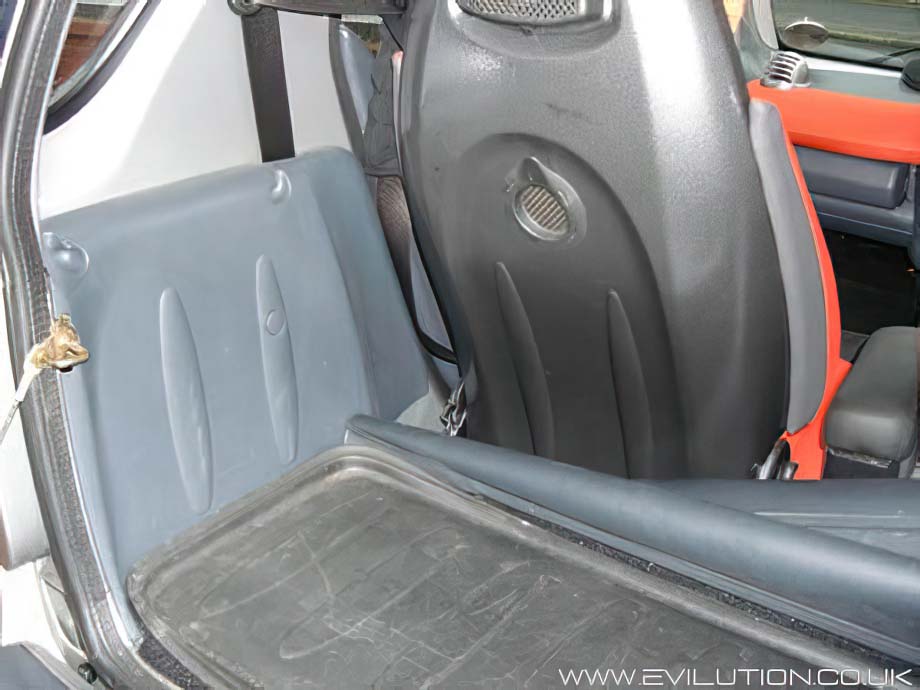 This was done by following evil’s how to …..

After taking the panel off decide where you want the fitting. I wanted it near the screw  because this would be stronger when pulling the adapters out. Also wanted it on the flat  section so the fitting would be flush. Also be aware of the moulded ridges on the reverse  of the panel so the retaining fitting would fit flush.

If you’re looking at putting it elsewhere on the panel check for clearance behind the panel,  to ensure that you are not fouling wires or the seat belt.

Take a deep breath and get the drill out. 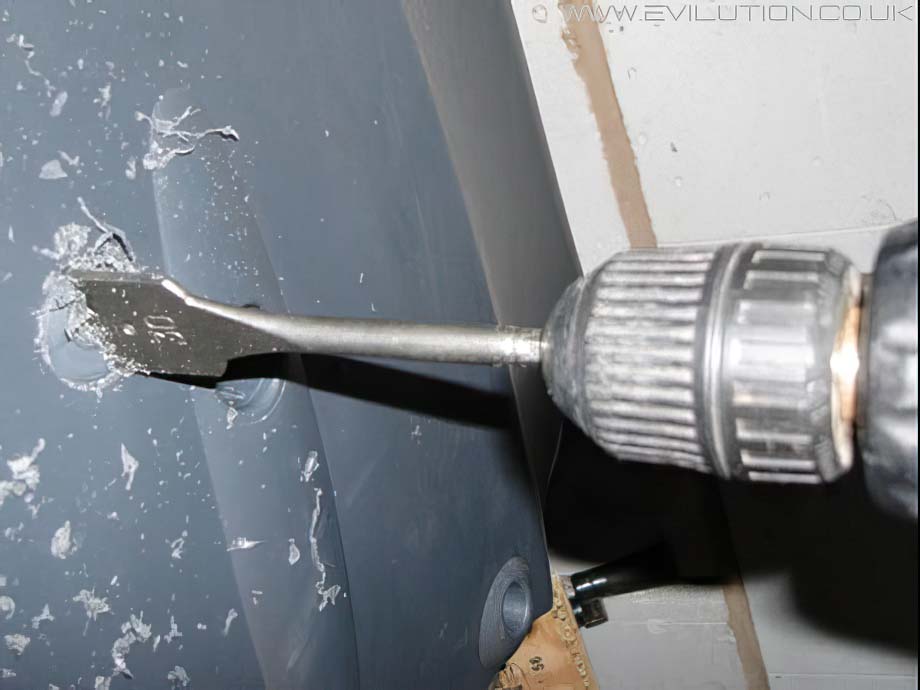 Ouch, no going back now.

Had a wood drill in my set at the 30mm required, just take it slowly. 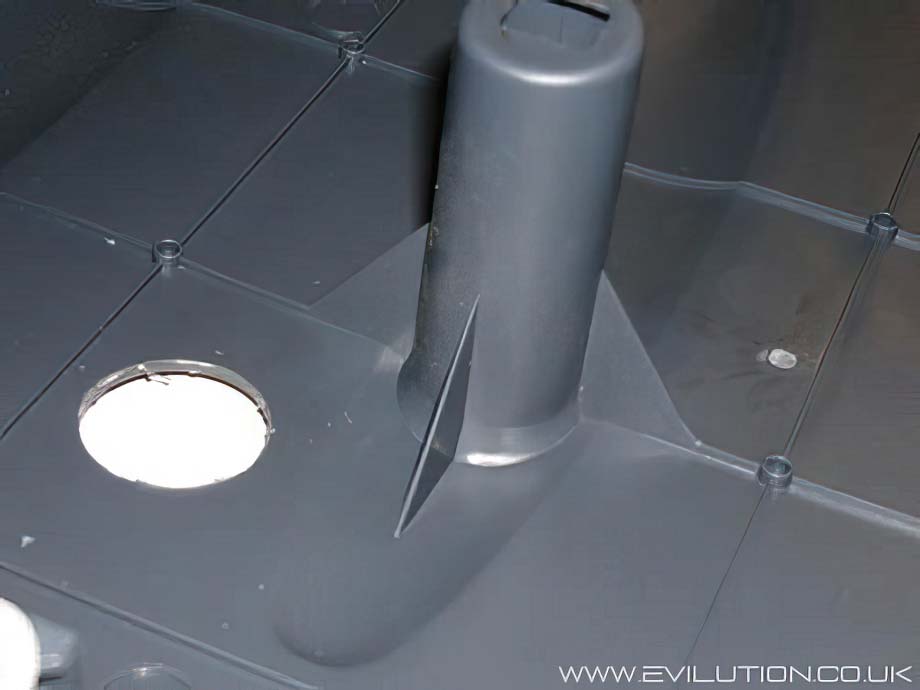 Notice that I have stayed away from the ridge so the nut fitted flush without having to scrape the plastic away. Take of the nut and fit by feeding in through the front. 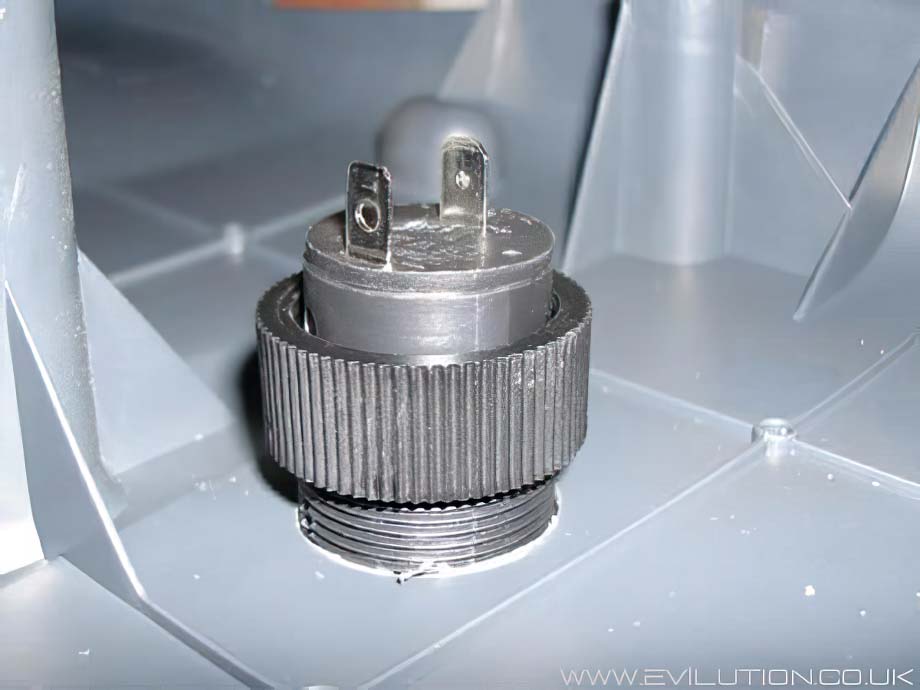 Next the wiring: the earth wire was attached to the grounding point in the tridion where the  lighting loom is attached. The positive goes to the battery as I want it permanently live. 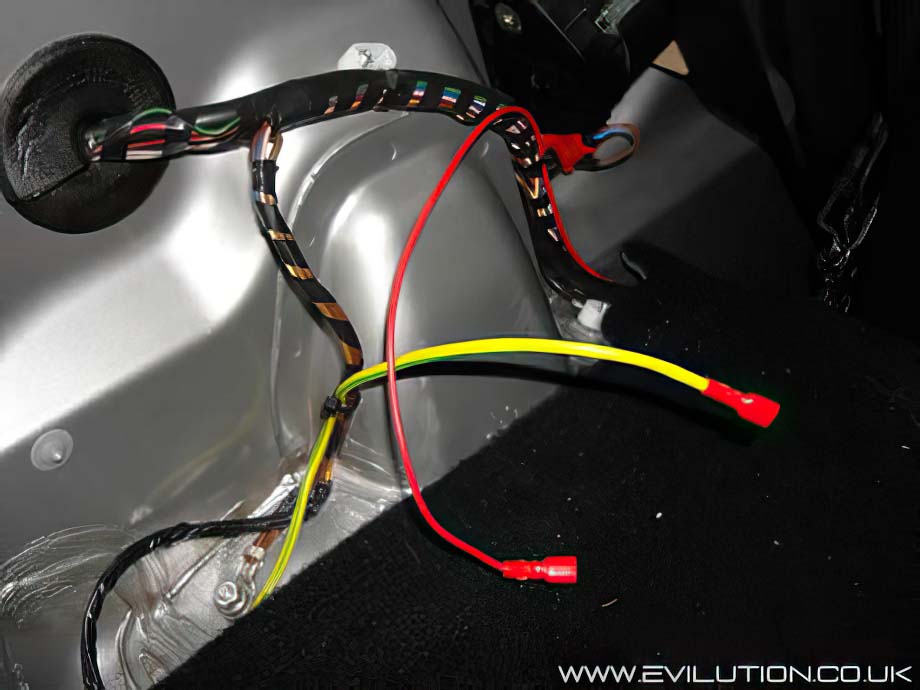 If you want it switched you could easily wire it off your existing cig lighter socket – of course not forgetting to put in an in-line fuse. 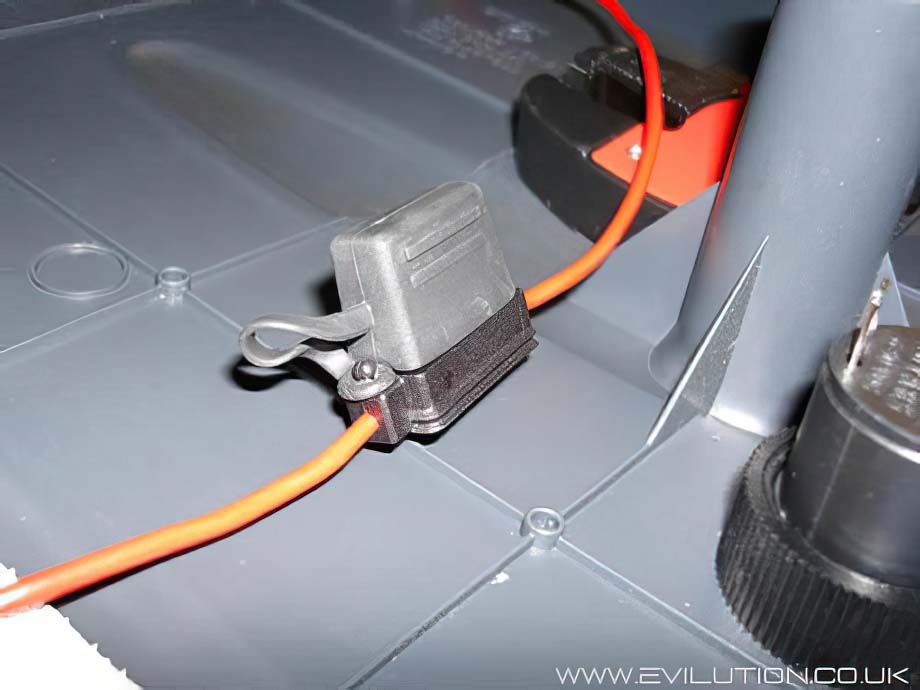 Located this by the battery for easy access should it blow, used the blade fuse fitting because I had this spare & I carry spare blade fuses. But other types could easily be used.

Connect the wires to the socket using spade fittings and replace the panel. 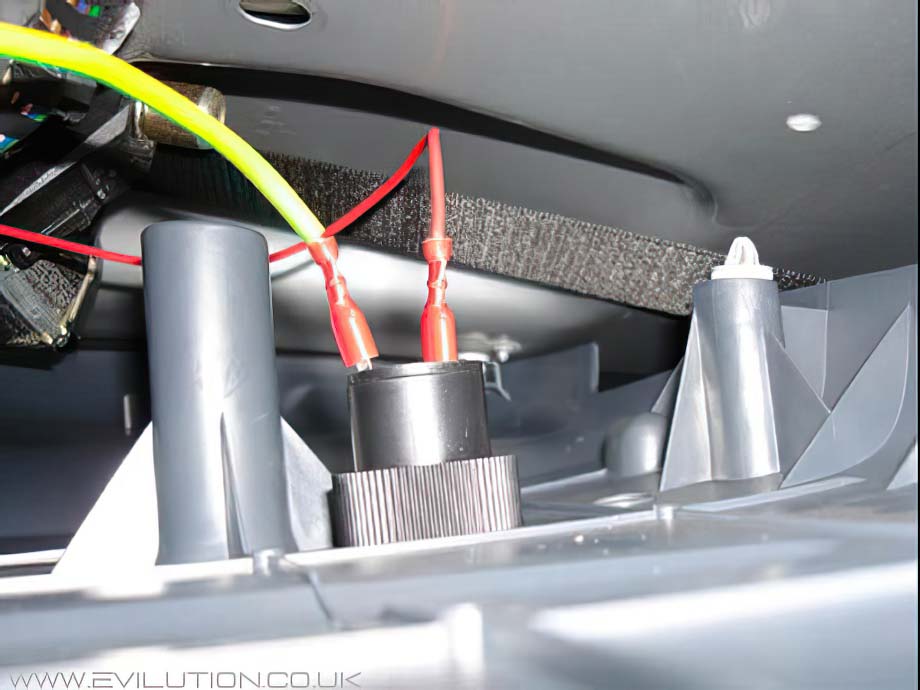 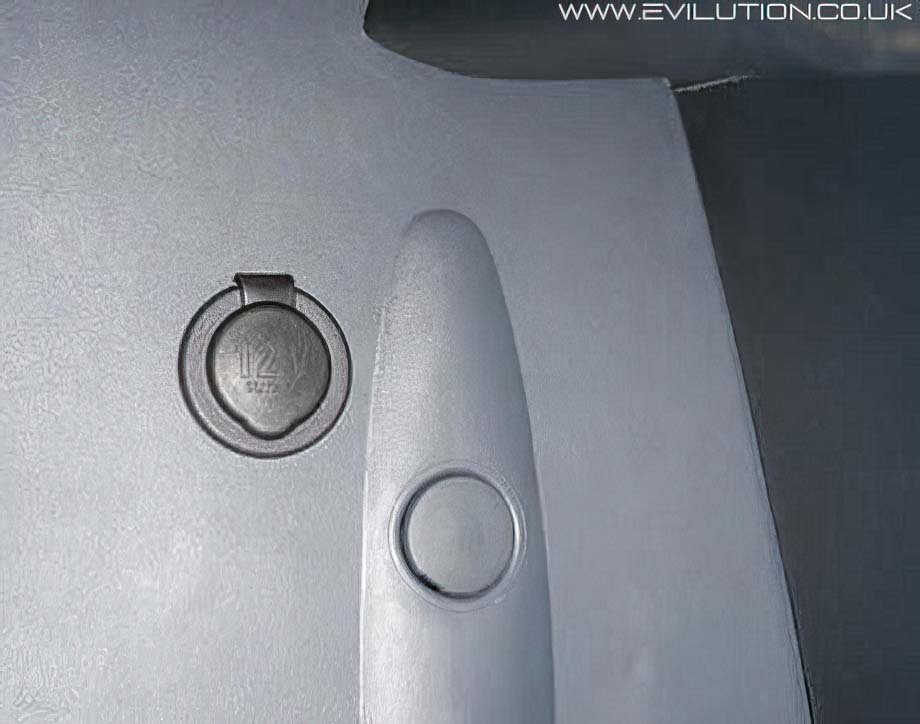 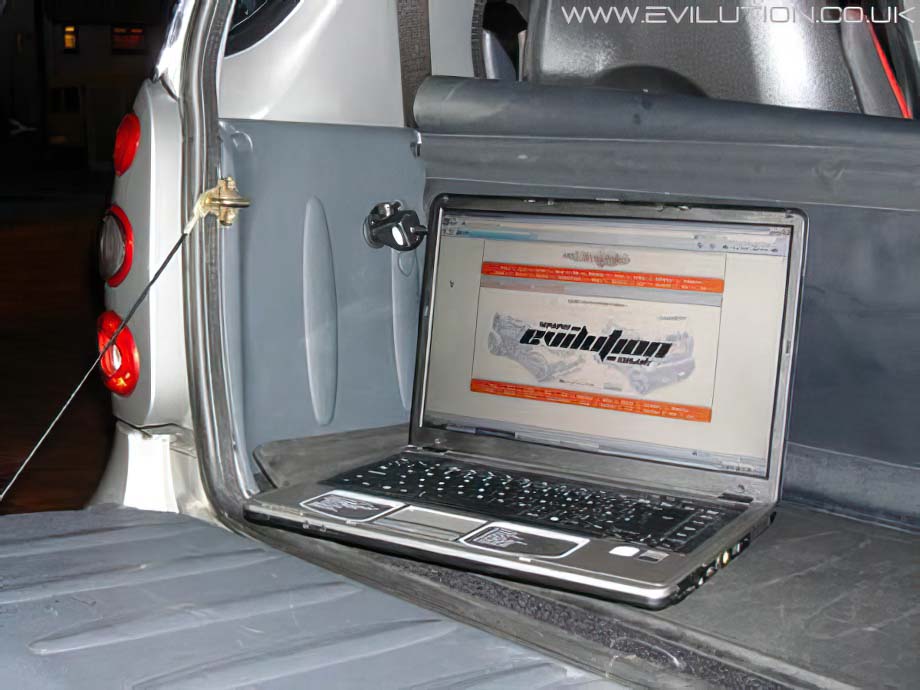 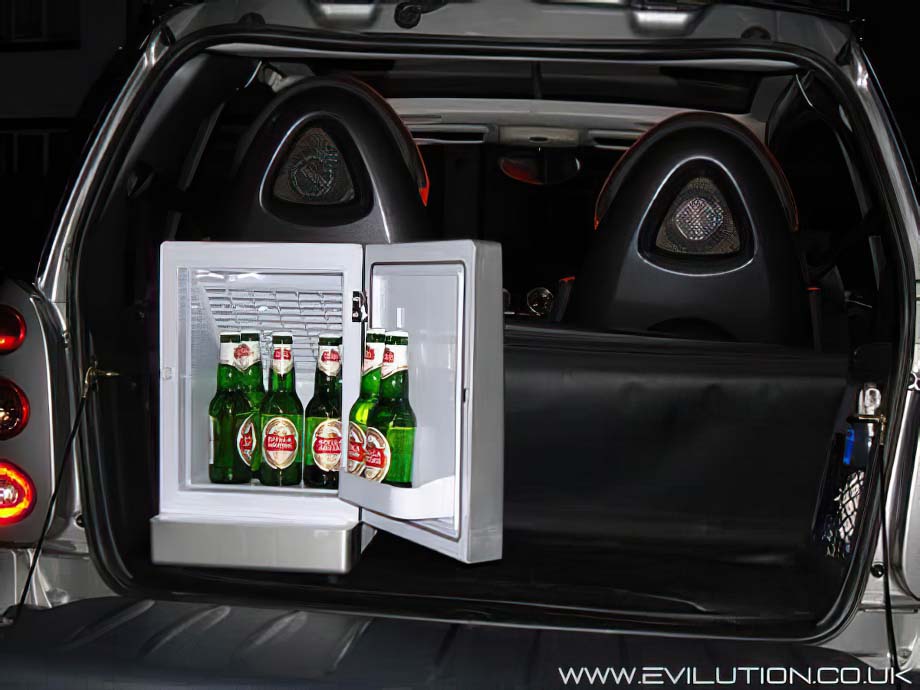 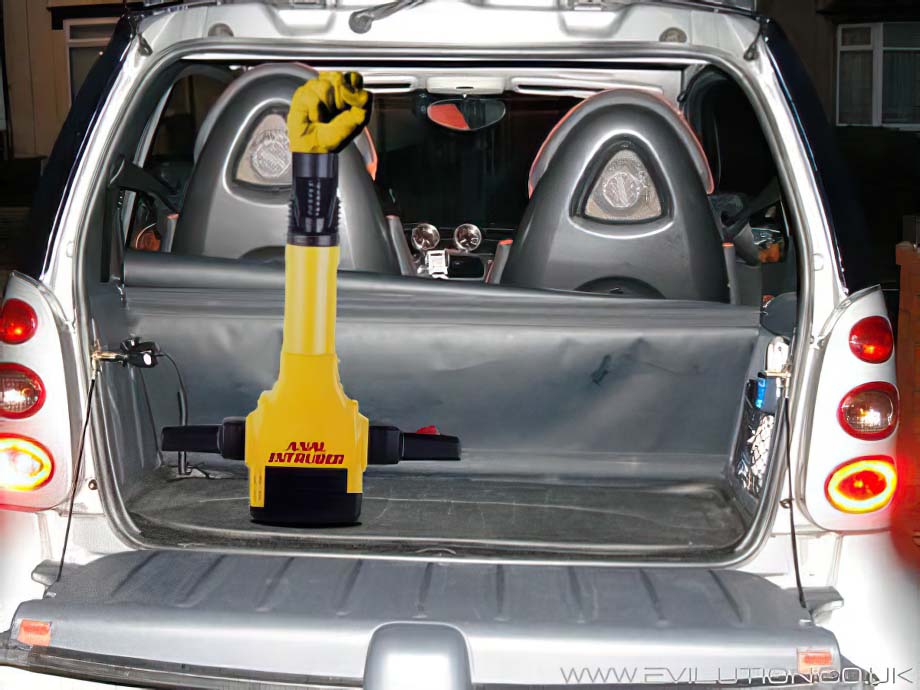 Thanks very much to Phil for taking the time to document this how2 and allowing me to share it with you all. Click on his smart car picture to go to his site. Do it now!

If you are extending from the original socket, make sure you don’t overload it when using both sockets.
If you use the auxillary fuses on the SAM unit, don’t go higher than a 15 amp fuse.
If you connect directly to the battery don’t use a fuse rated higher than the wire can handle.

Thanks to Mikael for the following info:

Always connect the fuse as close as possible to the battery or connection point.  This reduces the chance  of the wire becoming overloaded which could cause it  to melt or catch on fire. The fuse will blow first.