Your spark plugs sit right were all the action happens and have to fire a spark up to 3000 times a minute, eventually they will need to be changed. Usually during a service.

Buy a set of six new spark plugs, as you can see, there are different types depending on the engine you have.

Buy or borrow a HT lead removal tool, don’t pull the HT lead by the wire.

To increase access you can remove the crash bar by taking out the 3x Torx45 bolts from each end, 6 total. You don’t have to remove it if you don’t want to but it can make things easier depending on the length of your HT lead removal tool and the length of the extension you use on your spark plug removal socket. 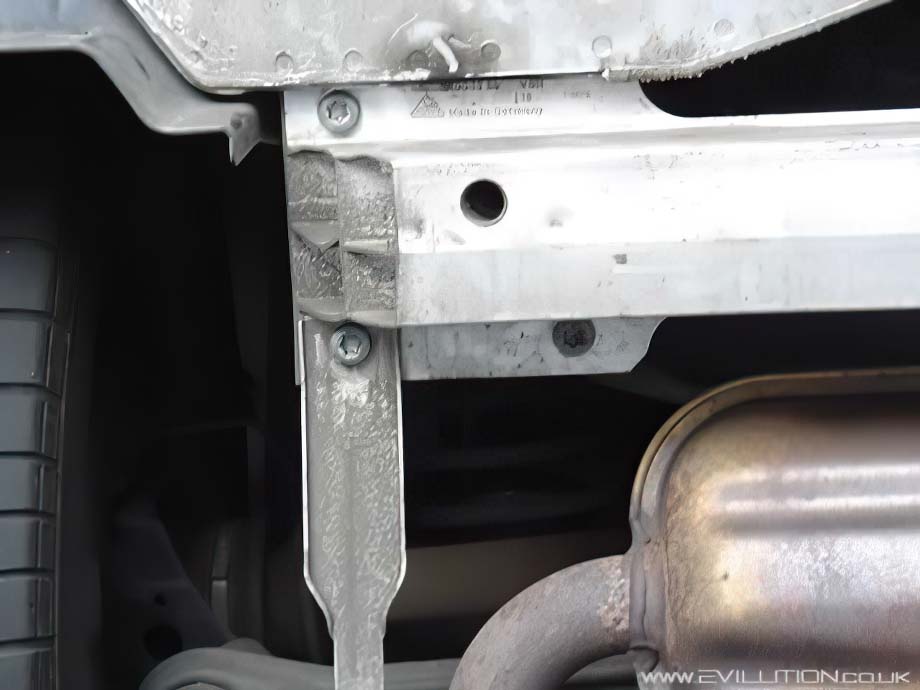 The three lower plug leads are now revealed (sort of). 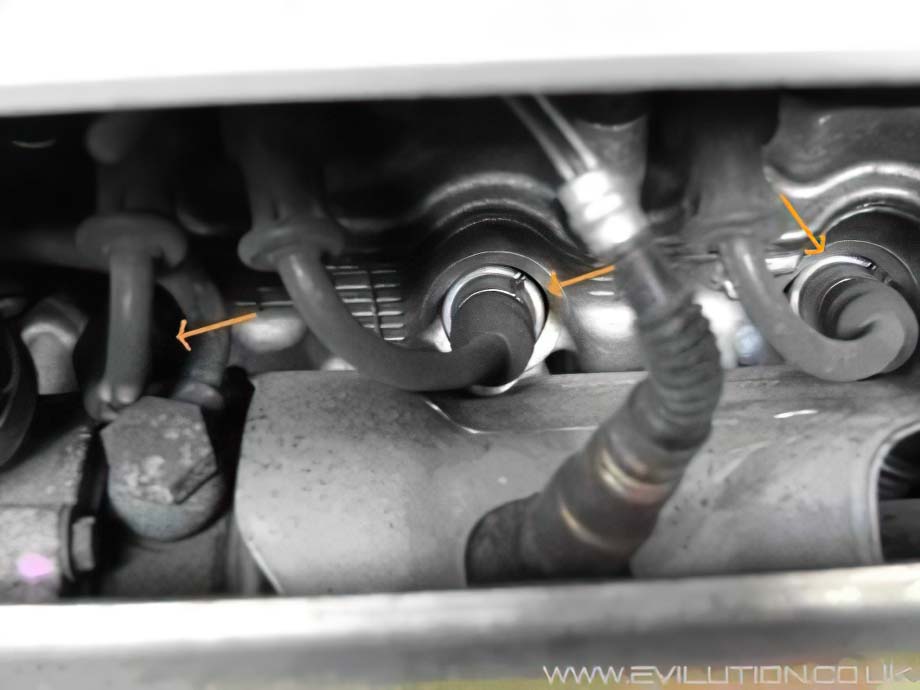 The plug caps are notoriously difficult to remove from the spark plugs. Don’t be tempted to try and pull them off with the leads. Smart plug leads are stupidly expensive!

I made a plug lead removal tool from 20mm tubing I had. Similar tools are available through eBay or from good Motor Factors.
You can also buy a tool from smart (price fluctuates), part number A 638 581 02 67 but to be honest this tool is poor and can slip and damage the HT leads on removal.

Almost all HT lead removal tools will work so you may as well pay a bit more and get something better than the standard one.

This is the smart own brand HT lead remover tool. It’s not the greatest tool in the world. You can manually adjust it to make it better by squeezing it to make it tighter.

Slide the lead removal tool down the plug lead and rotate it until the lugs slide under the “ears” on the caps. (Orange arrow). 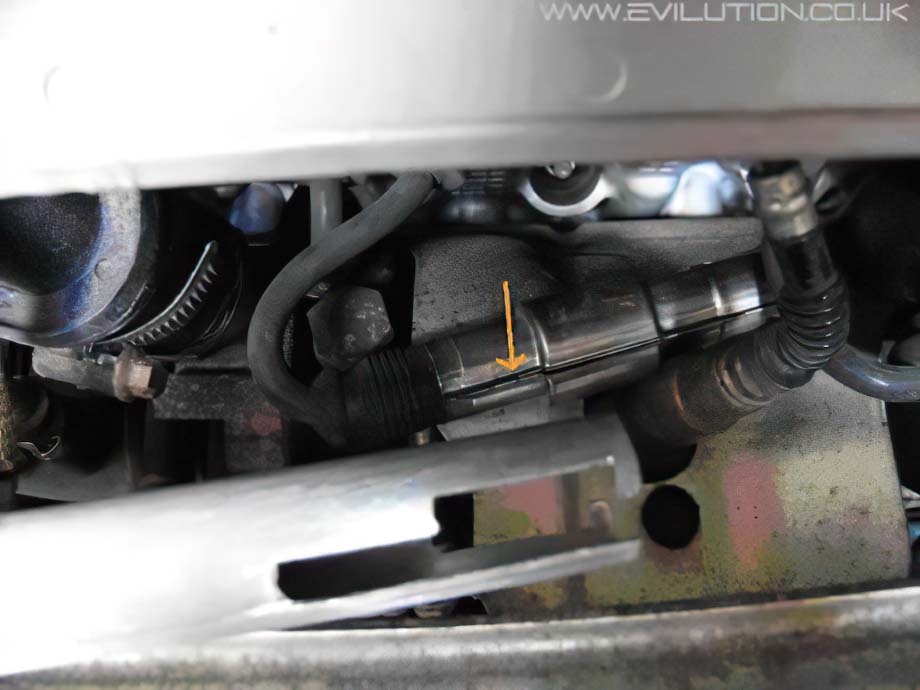 As gently as possible, pull until the cap comes off the plug. Be Careful! They can be extremely tight.

Other people use the long nosed pliers to remove the caps from the plugs by gripping them in the same place. 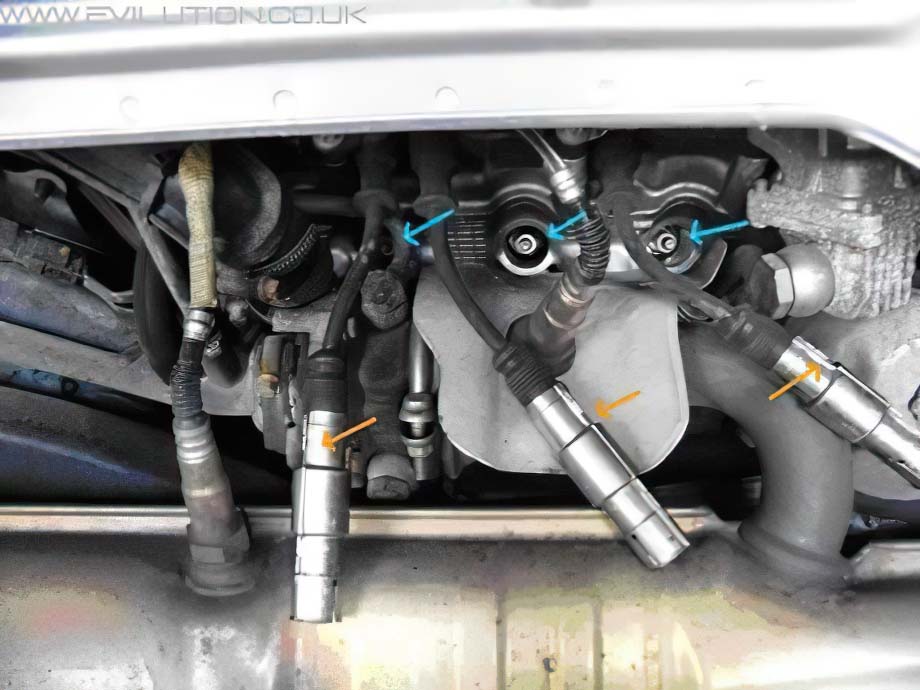 To remove the spark plugs, I used a deep 16mm socket on two long extensions. You can also use a 10mm spark plug socket instead. 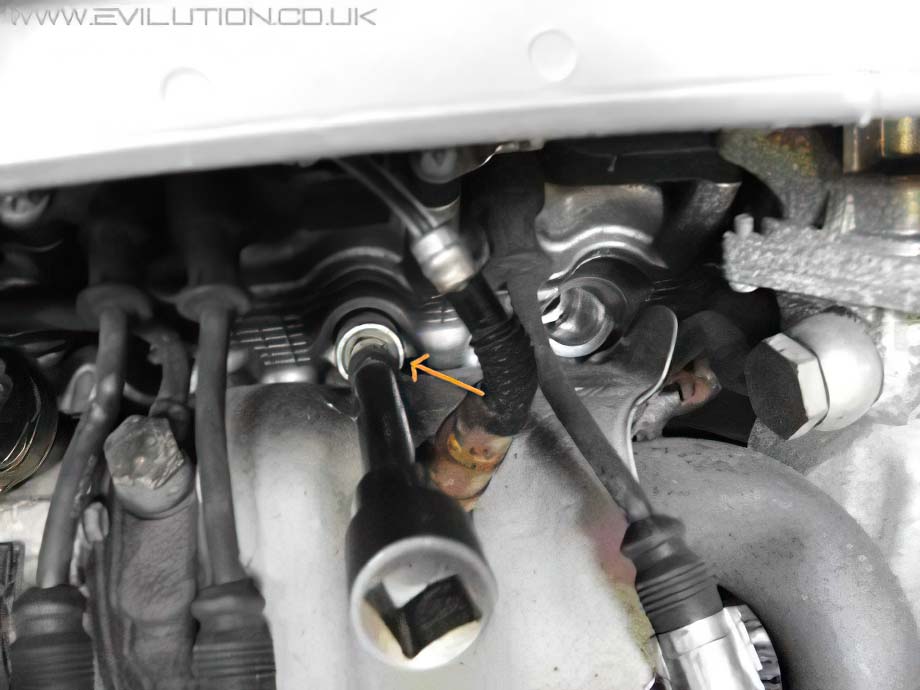 Carefully install the three new lower spark plugs and torque them to the following settings:

Replace the caps. After sliding them on, a gentle tap may be needed to fully seat them. I used a long screwdriver and placed the tip on top of the plug lead ears. A light tap with the palm of the hand is all that’s needed to settle the cap onto the plug properly.

All tight? Plug leads on? Replace the rear crash bar.

The top three plugs are accessed in the “boot”. Remove the engine cover.

Using the plug tool as before, remove the three top plug leads. Be aware the leads are also clipped in place on top of the engine. 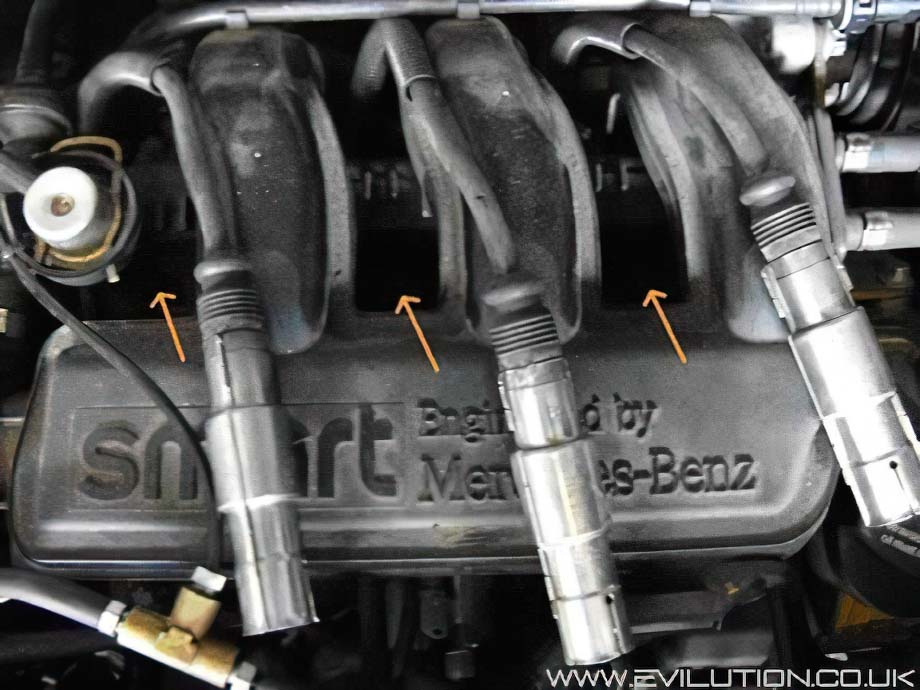 Slacken the plugs about two turns then before removing them, using a long straw or piece of tubing, blow the rubbish from around the threads to stop it falling into the engine.

Change the plugs and torque to:

Replace the caps. After sliding them on, a gentle tap may be needed to fully seat them. I used a long screwdriver and placed the tip on top of the plug lead ears. A light tap with the hand is all that’s needed to settle the cap onto the plug properly.

All tight? Plug leads on? Press the leads into the slots on the engine to secure them. Replace engine cover. These were my plugs. 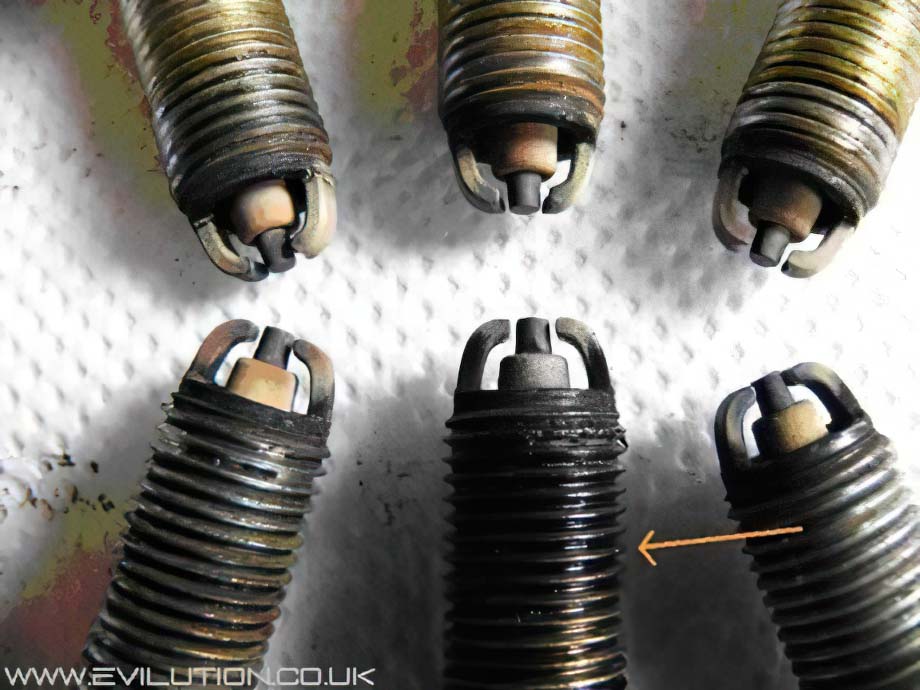 The middle lower plug threads were covered in oily rubbish. This was caused by the last service not being done properly and the plug being loose and leaking slightly. (Full Mercedes history when the car was bought)!

The NGK plugs are specially designed for the smart so come pregapped but you can always check.

Copper Grease, Yes Or No?

This topic came to my attention during a conversation with a mechanic. Personally I have always added a dab of copper grease to my spark plug threads ever since shearing a plug in half trying to remove a plug from a fiesta. Fixing that sort of mess takes time and money.

The argument put forward was that lubricating the thread reduced the thread friction when fitting meaning that the plug will turn further before reaching the correct torque figure. Using the correct values when torquing (quite low figures) means it’s unlikely to seize in place
so in theory you would not require any copper grease on the thread.

An extension to the argument was to use copper grease but to forget the torquing. Instead, the idea is to finger tighten as tight as you can then use the ratchet to give half a turn. This is enough to squash the fire seal ring and is often recommended by manufacturers.

There is no right or wrong answer to this, go with what you’d prefer.