The new fortwo has a more sophisticated climate control rather than the air conditioning in the 450 and Roadster. More to go wrong.

What Is The Difference Between Climate Control and AirCon?

Mechanically there is no difference, the difference is in how it is all controlled through the hardware.

With AC (air conditioning), if you set it on cold, it will blow out cold even if the air temperature in the cabin is lower than the air being blown out of the system. In which case the system is actually blowing out warm air as it’ll be warming up the cabin.

With climate control), the hardware monitors the temperature of the cabin which allows you to set a particular temperature. The system turns on and off to regulate the set temperature.

When you first start the car, it will only blow out cold air unless you have the diesel fortwo with the electric heater. The car has to be up to full operating temperature (4 or 5 blocks) before you can test the system properly. This is because the heater uses water that is heated by the engine, if the engine is cold, so is the water.

If you have a 2009 or newer fortwo 451 then you have been fobbed off with the dumbed down speedo (originally designed for the American 451) which doesn’t even show this important data. All you can do is moan and go for a 10 minute drive.

No matter where you adjust the heating slider to, you only get cold or red hot. This fault is always the heater controller. 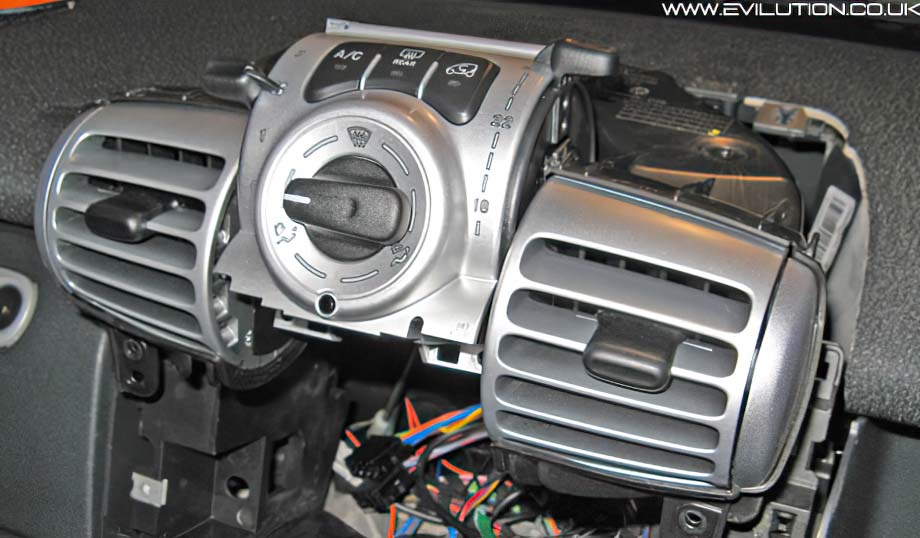 It is the section with the rotary selector and the buttons along the top. The black dot at the bottom of the rotary selector is the cabin heat sensor. Initially, we believed that these controllers failed but we now know that isn’t the case. Although some do fail and require replacing, smart now have the ability to recalibrate them.

Uncalibration seems to be because of smart using a cheap shit potentiometer.
Most issues can be fixed by giving it a clean out. Click here.