After a crash it may need replacing. Remove it to fit an exhaust or to fit a towbar.

Remove the rear panels as seen here.Using a Torx45 driver, remove the 2 bolts on each side. (24Nm on refitting). 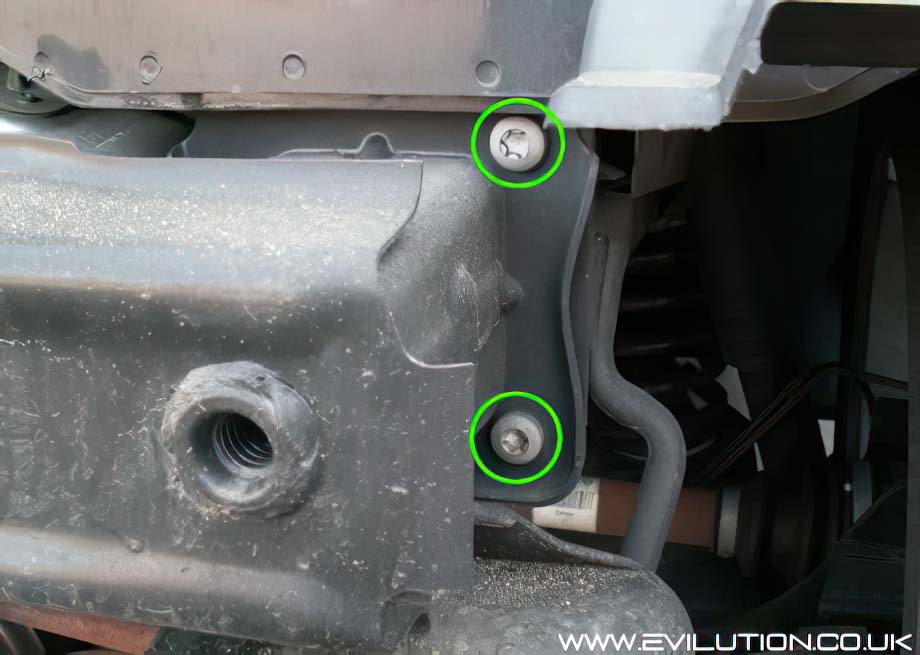 The final bolt is accessed from the back, there is one on each end. 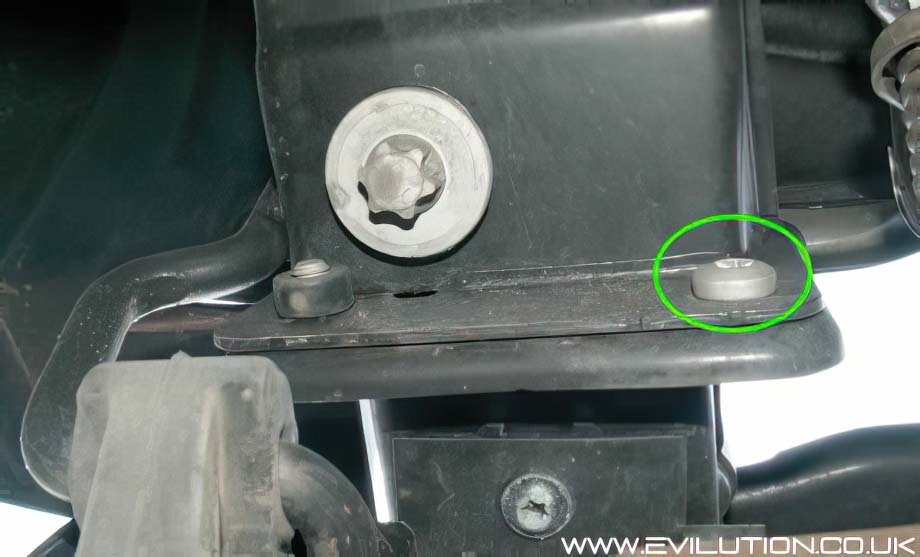 Remove these and the crash bar will now be free from the car. 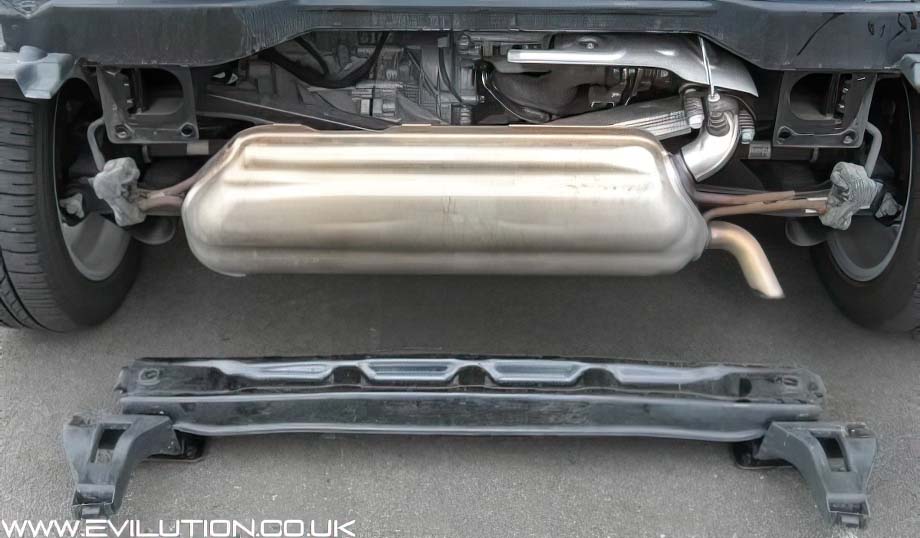 Refitting is the reverse of removal. Apply copper grease to the bolts when refitting. 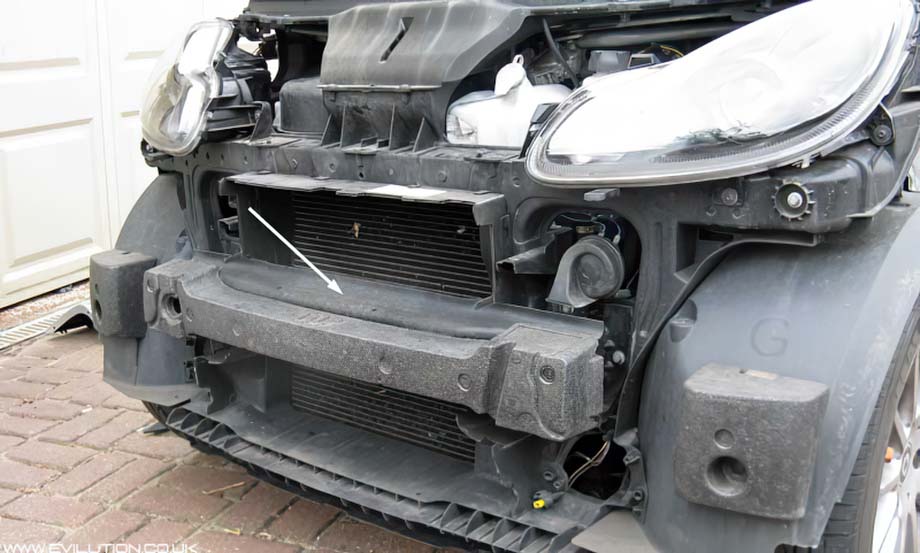 The polystyrene cap pulls off to reveal the crash bar. 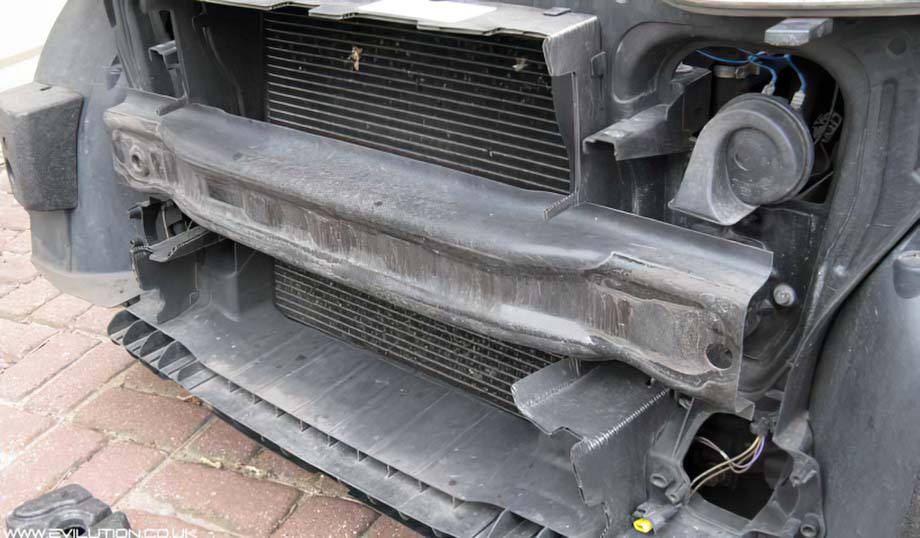 Remove the 3x E14 Torx bolts from each side to remove the existing crash bar. 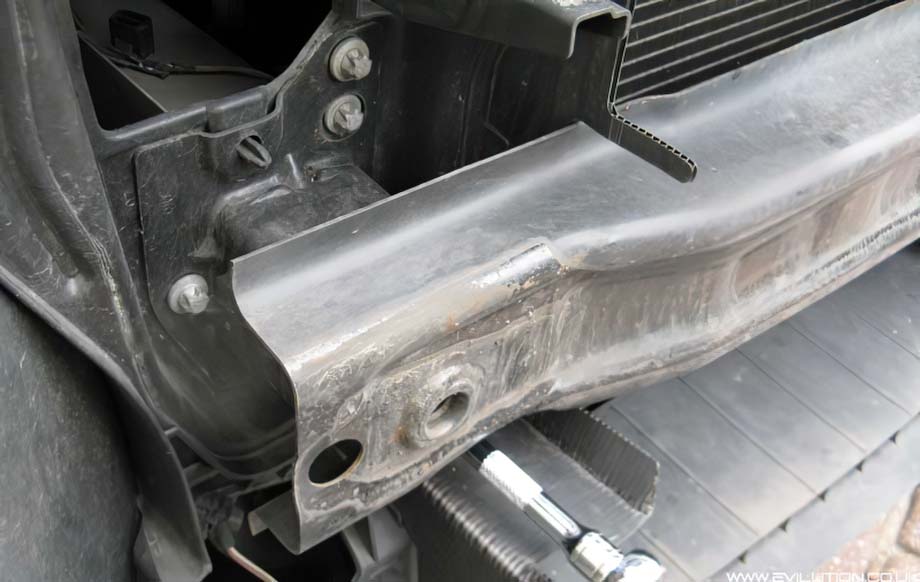 The 2 upper bolts seen above, the lower of the 2 do not need to be removed. You just need to remove the upper one, the side one and the low one (which can’t be seen on the photo).

A person contacted me saying that their airbag light had come on after changing the front coolant radiator. At the time I saw no connection so chalked it up as a coincidence. Then someone else said the same thing.

Then I looked into it and found that there’s another difference between the Euro and American smart 451.

On the US model, they felt the need to put in 2 separate impact sensors on the back of the front crash bar.

So, if you are removing the crash bar on a US model 451, disconnect the battery beforehand, carefully disconnect both sensors and be careful not to drop or hit the crash bar.