How to change the SMD LEDs in the 451 heater controller 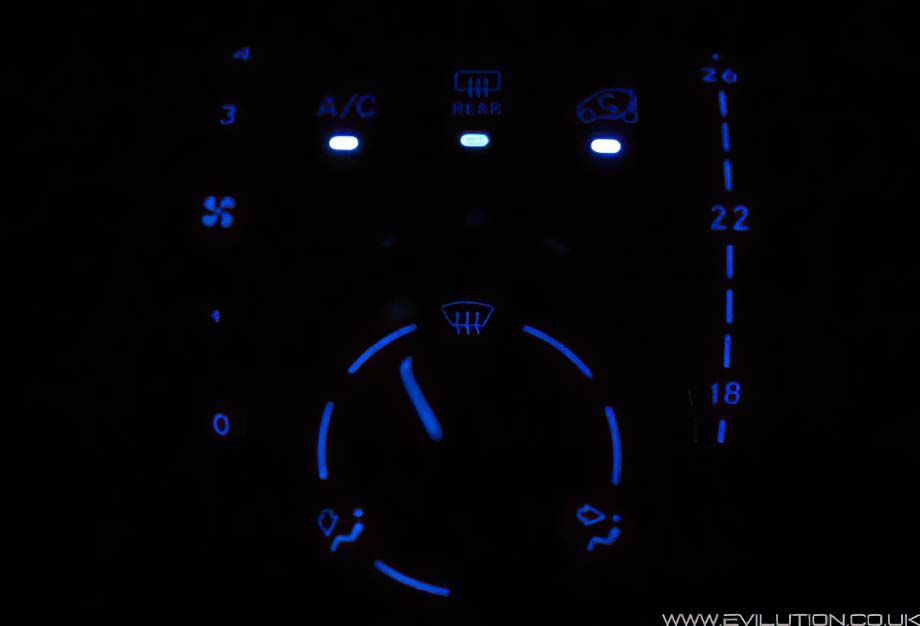 Most of the SMD LEDS on the 999cc Fortwo are PLCC-2 (TANTAL/B) and they are a very common fitment. Some of these are dome lens type. Some of the fitments are dome lens PLCC-4, this is unique to the new smart. There are also some much smaller LEDs being used. These are 0805 package LEDs.

This is where I got mine from, clicky.

I’m Too Scared To Do This, Who Can I Pay?

CrazyLeds can change your SMD LEDs for you. Just ask them.

The transparent dome narrows the spread of light and evens out the brightness.

Like most LEDs, they only work one way around. Standard LEDs are marked with a single flat edge and 1 shorter leg. The SMD LEDs have a recessed triangle in the corner, these are marked as red in the pictures.

Once the board has been purged of LEDs, clean the board up and flux the solder pads on the board and LEDs. Position one of the replacements and quickly solder each side.

The ‘normal’ way to solder is to touch the tip to the device and push the solder against the tip and the device until it melts. When soldering SMDs this isn’t recommended as the heat will kill it. It is better to melt the solder onto the tip and quickly dab the soldered tip onto the LED, this limits the heat transfer, flux will help the solder flow to the LED quickly shortening the time even more.

Once they have all been done, visually check the whole thing before testing, if any of them don’t work then check the solder joint and the orientation of the LED.