The smart 451s sat nav is made by Garmin. The early set up (shown here) was based on a Garmin C510. The new updated version uses that same dock and wiring but uses a modified widescreen Garmin 760 navigation unit.

If you buy the 451 navigation product, this is what you will get (obviously with the sat nav unit).

The old sat nav unit was based on the Garmin C510, the new replacement has the same fitting but the Garmin sat nav is a widescreen unit. It is believed to be a standard Garmin 760.On the left is the communications unit (smart part number A 451 820 01 51), this is the main hub that everything attaches to. In the middle is the dock, this screws into the dash. On the right is the auxiliary input for connecting your MP3 player. You may not get this cable with your kit.

The communication unit has 4 connections. 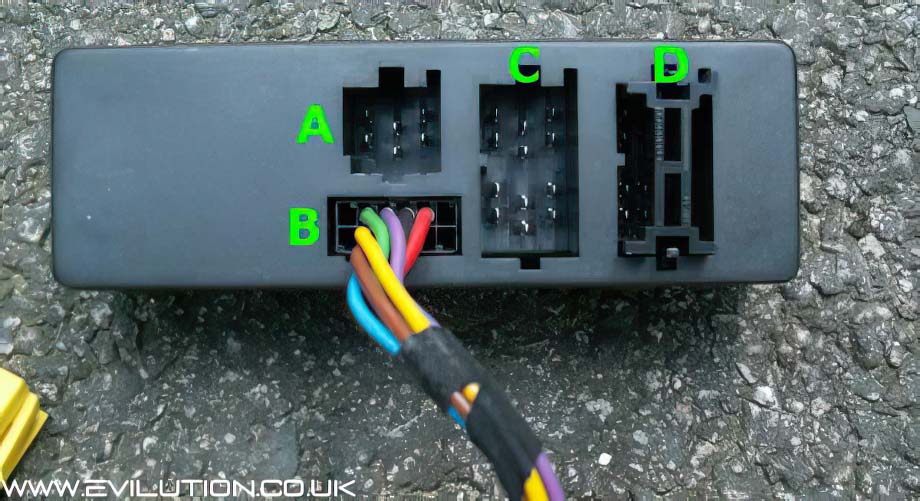 Remove the stereo, info can be found here.
Place the dock on the dashboard and feed the wire down into the space where the stereo was. 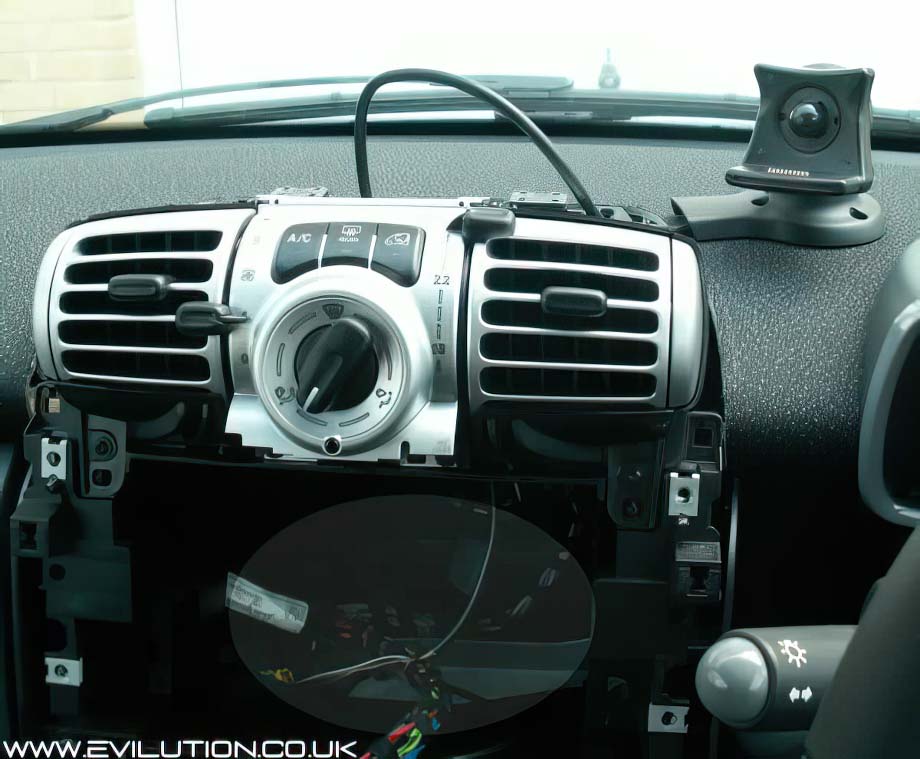 Plug the required connections into the communications unit. 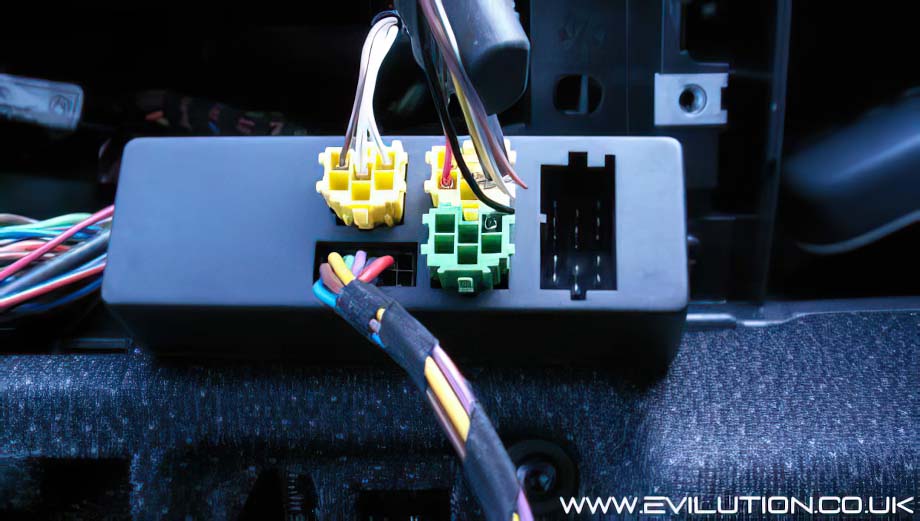 On the back of the unit is 2 clips. 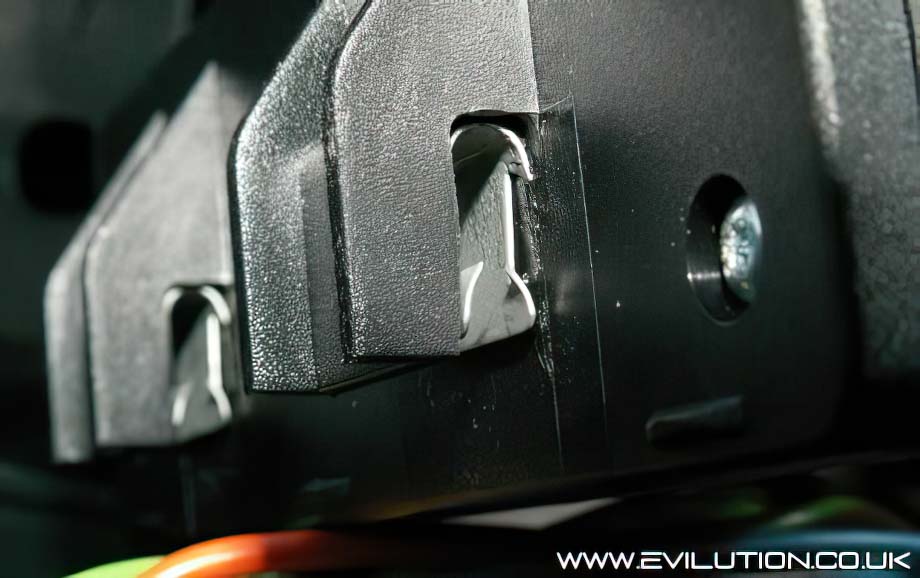 This clips over the metal frame behind the stereo. 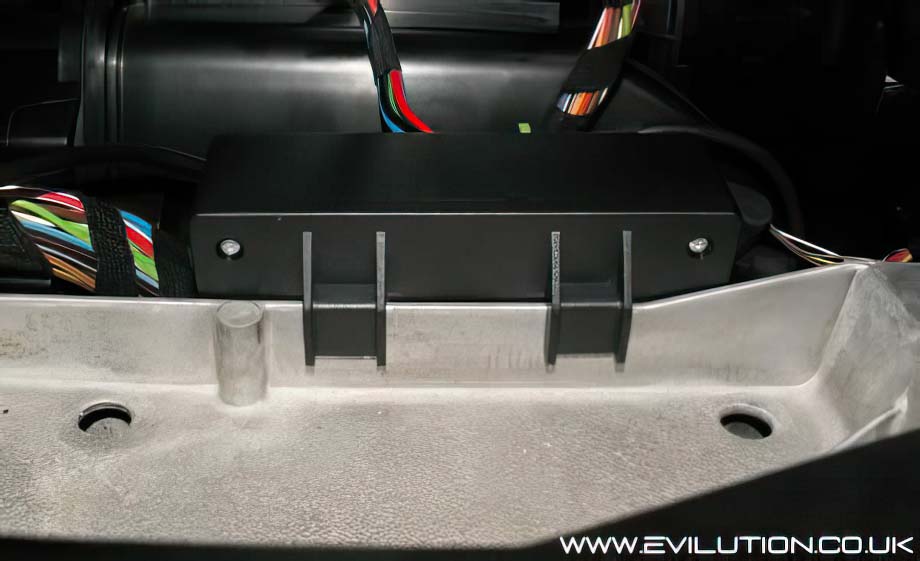 Plug the communication unit into the back of the stereo. Replace the stereo. 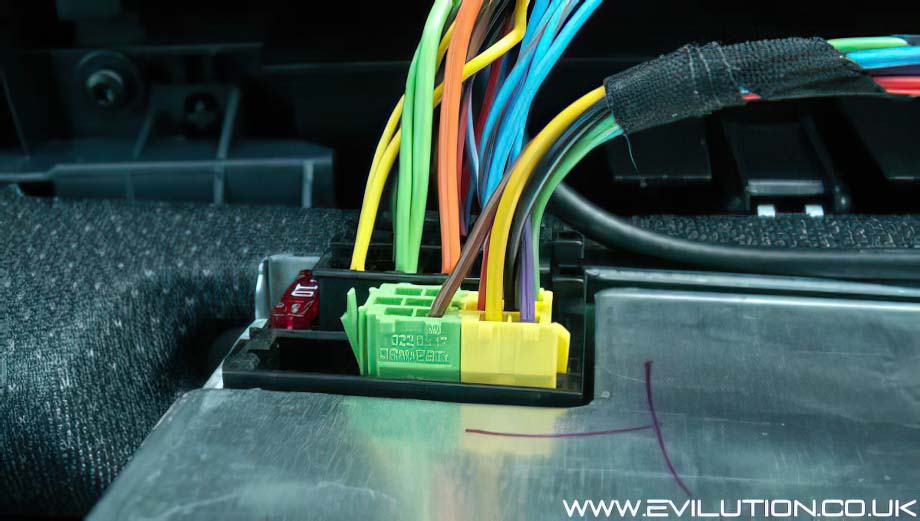 The dock base twists to line up a hole that one of the screws goes through.
You have 4 settings depending on the angle and side you put it on the dash. 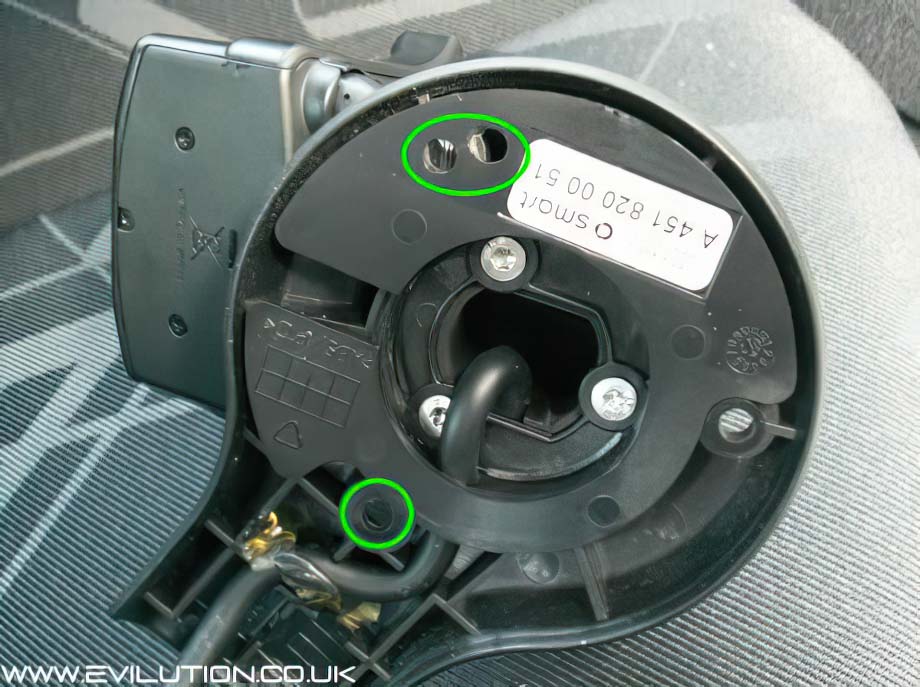 Ideally you should place the dock on the opposite side of the dash to the steering wheel, decide on your placement and screw it to the dash. 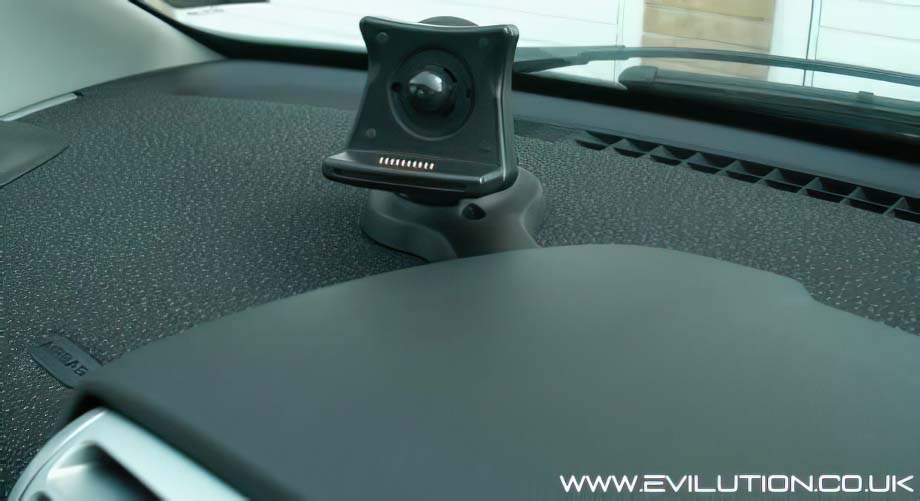 The navigation unit pushes onto the dock. 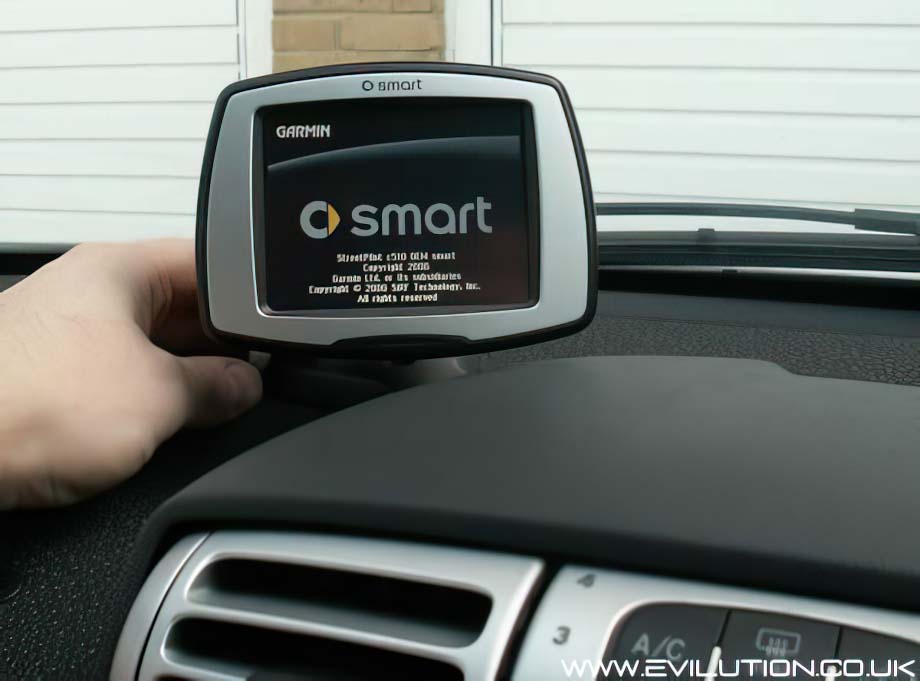 When the navigation unit issues a voice command, it mutes the stereo and plays the command through the radio’s speakers. The display changes as it happens to let you know what is going on. 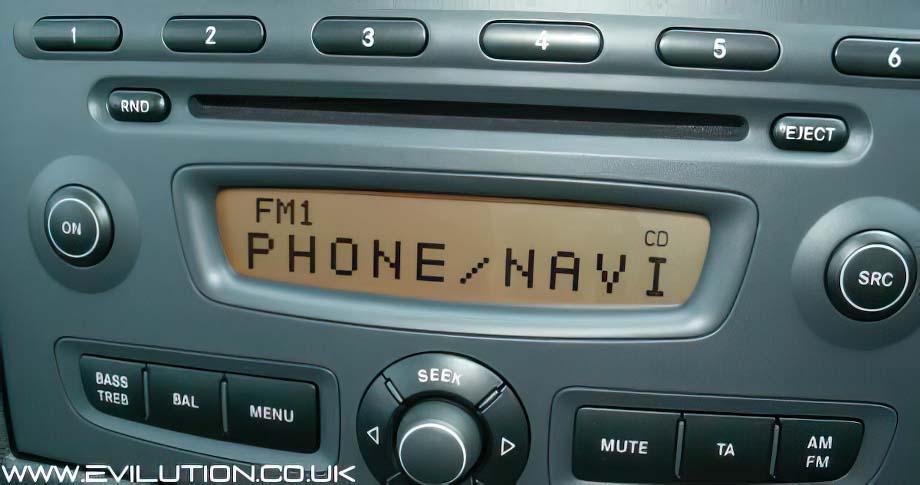 Don’t leave the navigation unit in the car, it will just get stolen. You will probably not get a case for it, you can pick up cases on Ebay for
the Garmin C510 but the case for the original Tomtom fitted it ok. 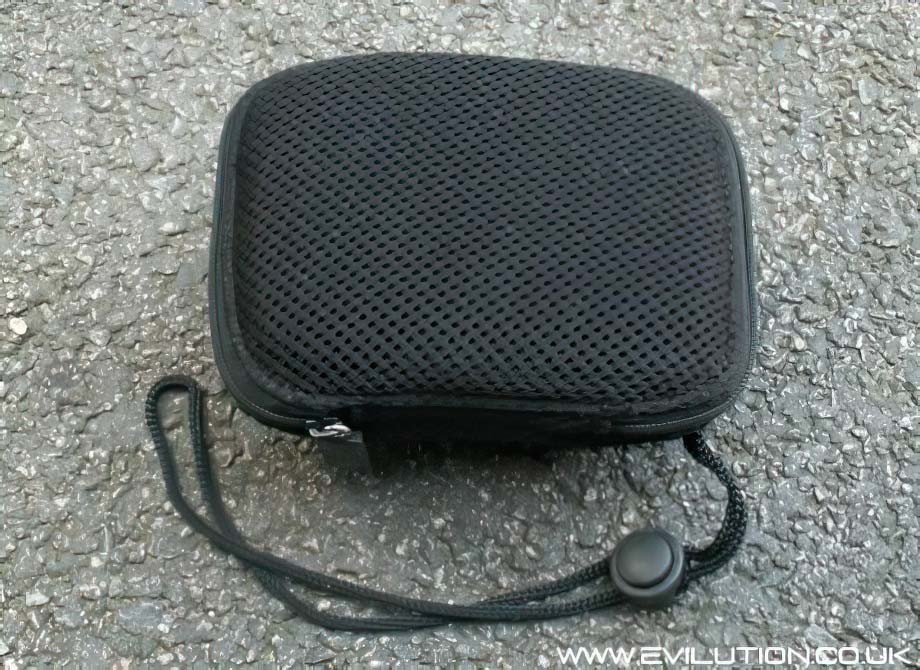 You don’t necessarily have to attach it to the dash, with a bit of creative modding you could fit it a few places. Check that the unit can receive a good satellite signal where you decide to place it.

With this and many other Garmin sat navs you can change the pointer, in this case, make it a smart. 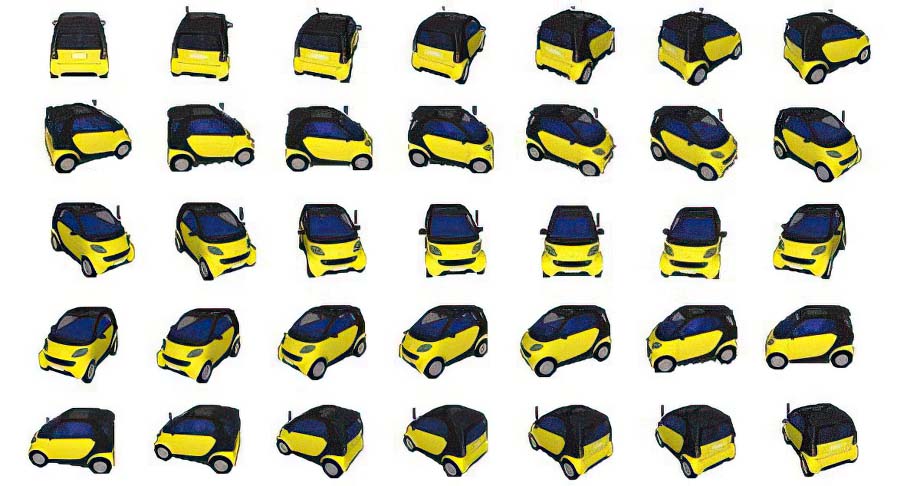 Although the unit is a Garmin C510 sat nav, you can’t just go to eBay and buy a standard unit and attach it to the smart base. Tell a lie, you can attach it but it won’t get power or route the sound through the stereo. 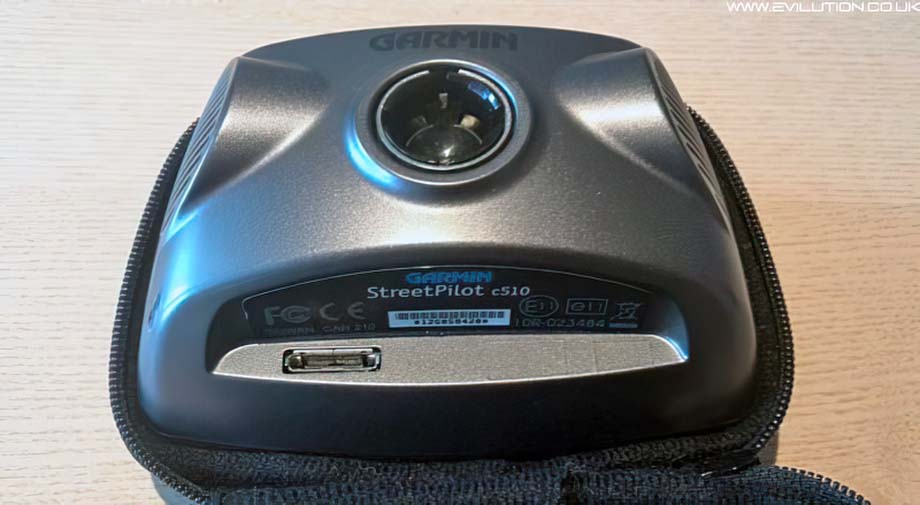 However, the smart variant has different connections… 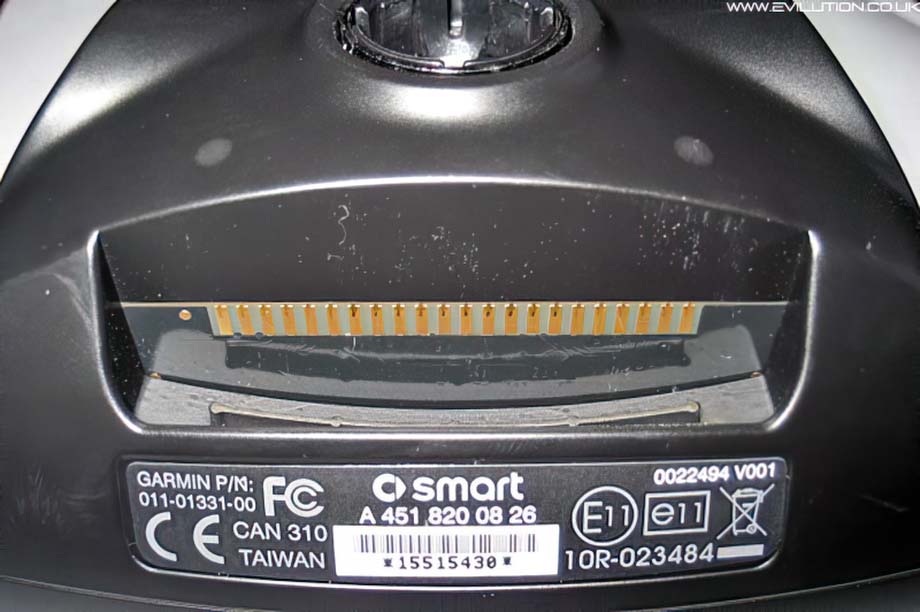 …that match up with pins on the base. 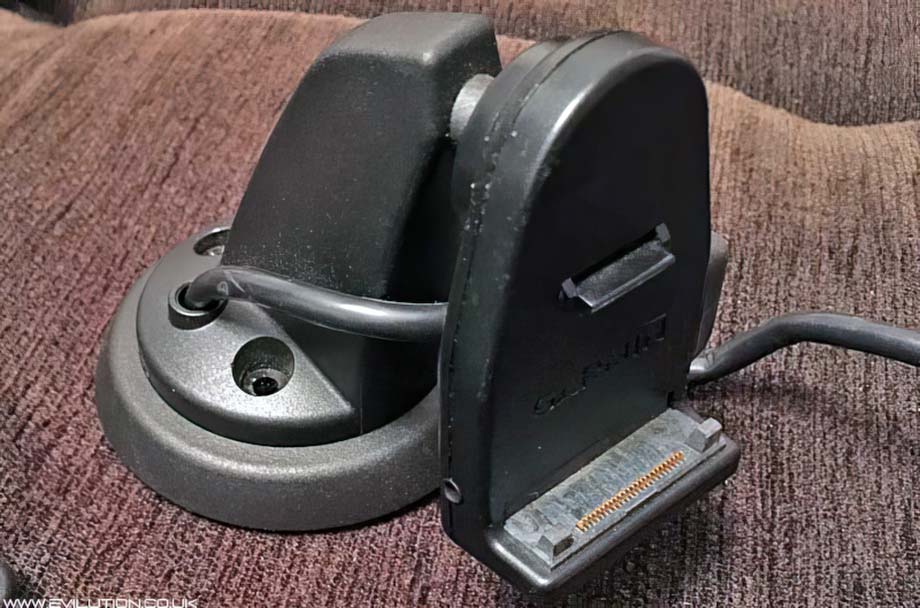 However, it looks to be exactly the same as a standard Garmin 760 as Garmin started using pin connections. 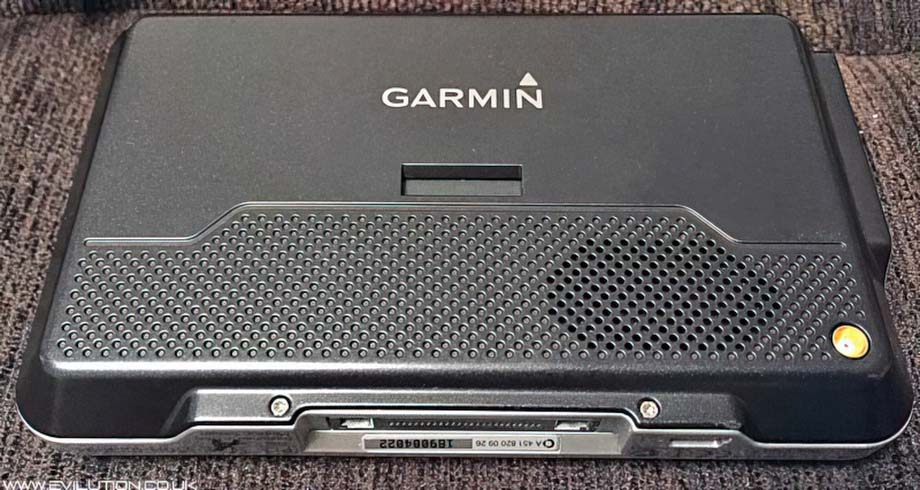 So, if you have a base for the Smart Garmin 760 sat nav, any other Garmin 760 should fit to the base.

Should I Get One?

Garmin navs are pretty shit when new. These ones were released in about 2008-2009 so they are already very old.
They are slow, clunky, out of date maps, have resistive touch screens, low specs and low resolution screens.

Totally Ignoring You. Where Can I Get One?

You’ll have to keep a look out on forums or eBay around the world. I doubt smart even sell them now.