When auto was retrofitted by smart, they would remove the old pedal and install the new type with a switch.

I am as guilty as the others for perpetuating the rumour. The accelerator pedal certainly
felt like these was a separate switch being pushed at the end of the travel and it would
make sense as to how the kick down feature was controlled.

It was only when I looked closer at the pedal for the bench test page I noticed that, not only were the
connections no different, there was no extra wiring from the extra switch hiding in the top of the pedal assembly.

That's when I popped it all apart and saw the real mechanism.

Here is your standard pedal used in cars with auto. 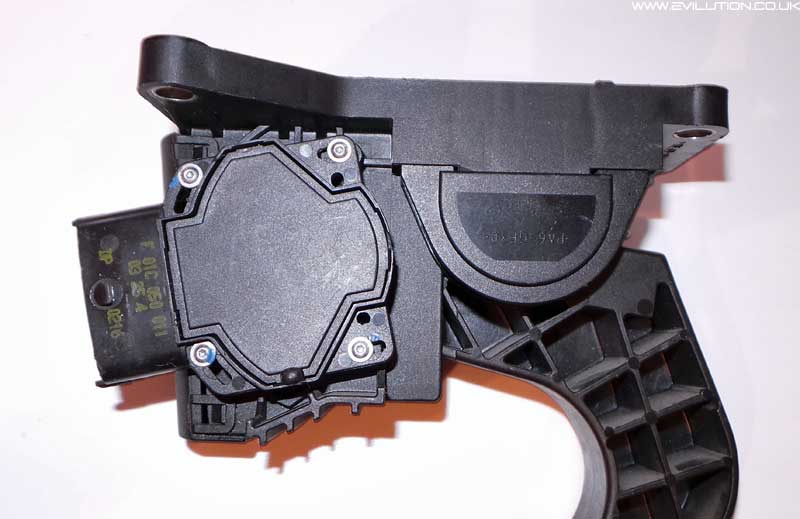 In the end of the assembly you have 6 electrical pins, the same as the non kick down pedal. 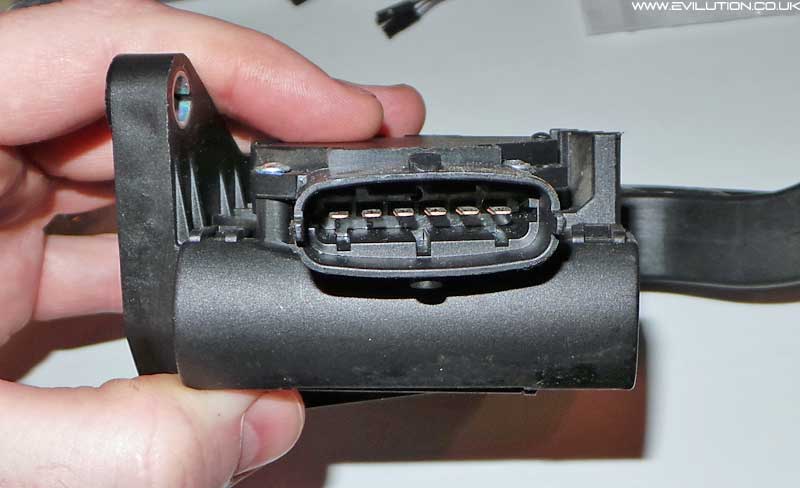 With a narrow blade screwdriver I popped up the tabs… 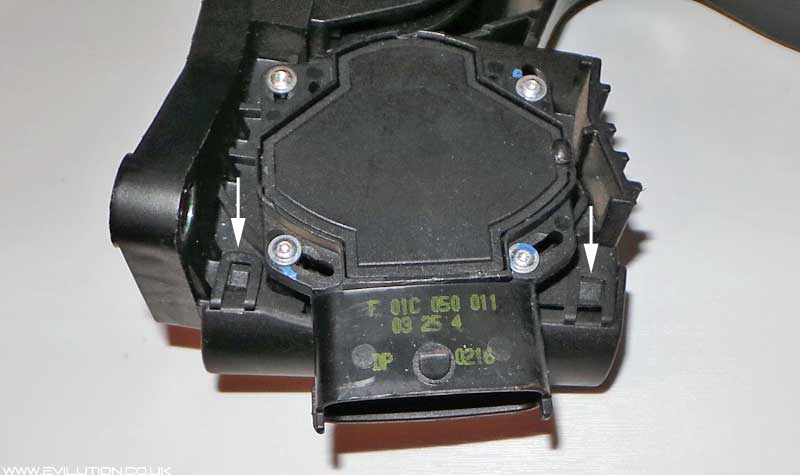 …and lifted the cover free. 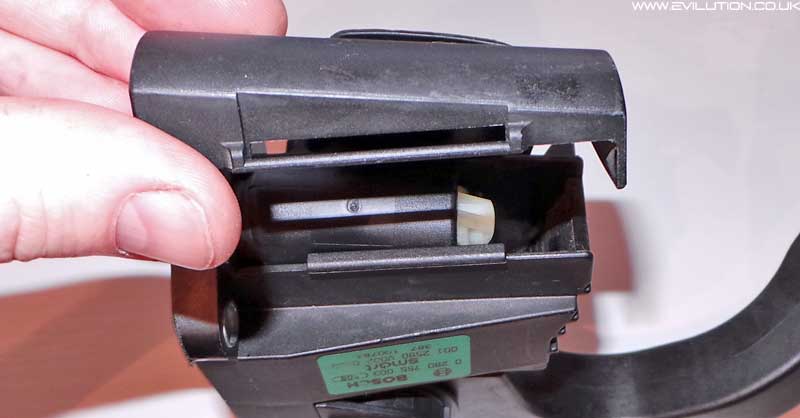 What you actually have in there is a similar thing you get that keeps internal house doors closed.
Inside the black tube is a very strong spring with a white plastic plunger.

This is the position when the accelerator isn't being pushed. 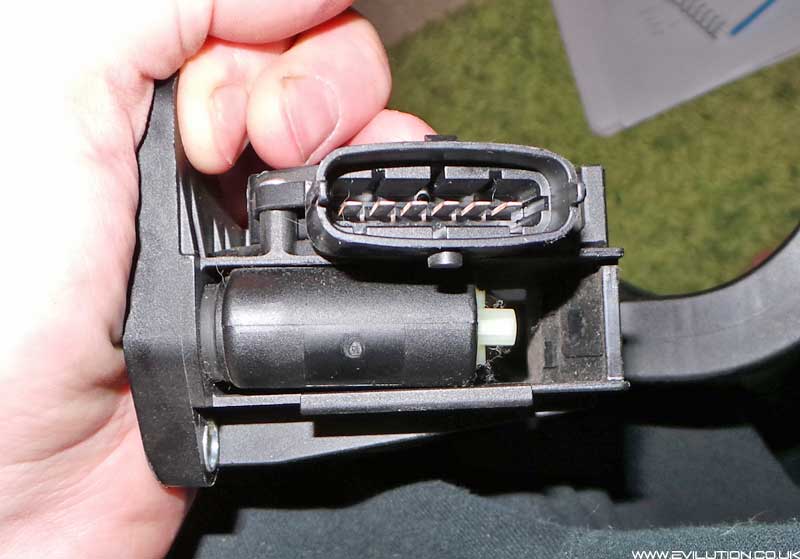 This shows the position of the pedal when it has been pushed up to the point where the extra spring is. 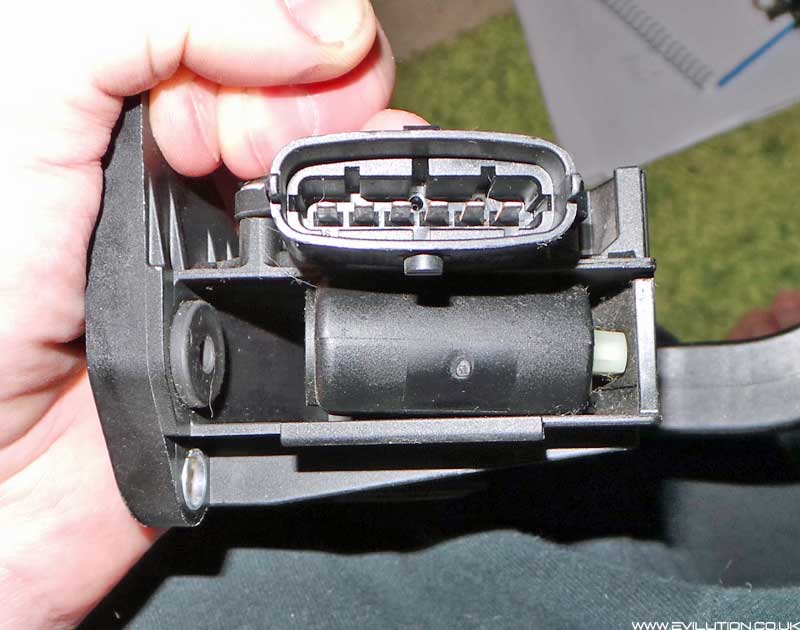 With a very strong push you overcome the final stage and the white plunger is pushed in.
It's this short travel that is the kick down position of the pedal. 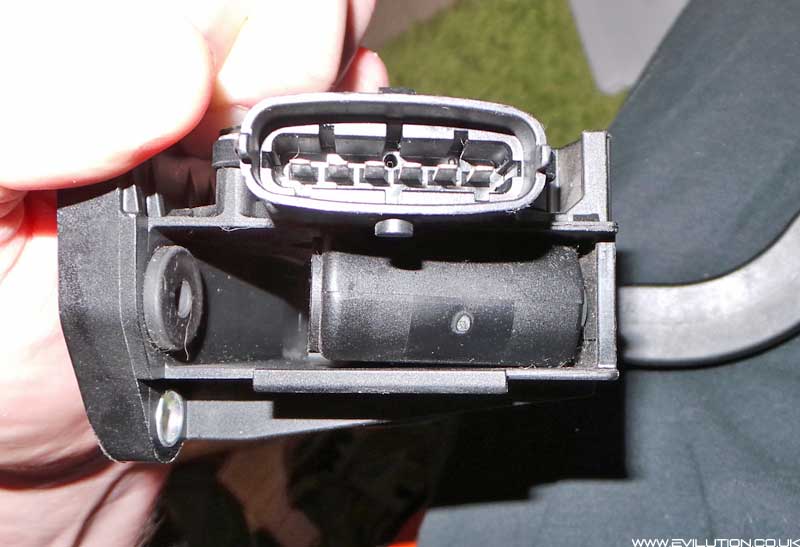 It's all done in the software in the ECU. The ECU monitors the dual resistances of the pedal and determines
the position of the accelerator pedal. With the auto feature coded, the ECU knows to drop down a gear
when the pedal outputs a resistance which confirms it is in the final part of the travel of the pedal.

No, not really. It will kick down using the old style pedal, it's just
that you won't have the extra resistance feel as you push it down.