However, you should check your car before ordering any gas. It doesn't matter if you are
taking it to a specialist since (apparently) the connectors are different between the 2.

If you look carefully, at least 1 of the pipes at the front will state what gas it's designed for. 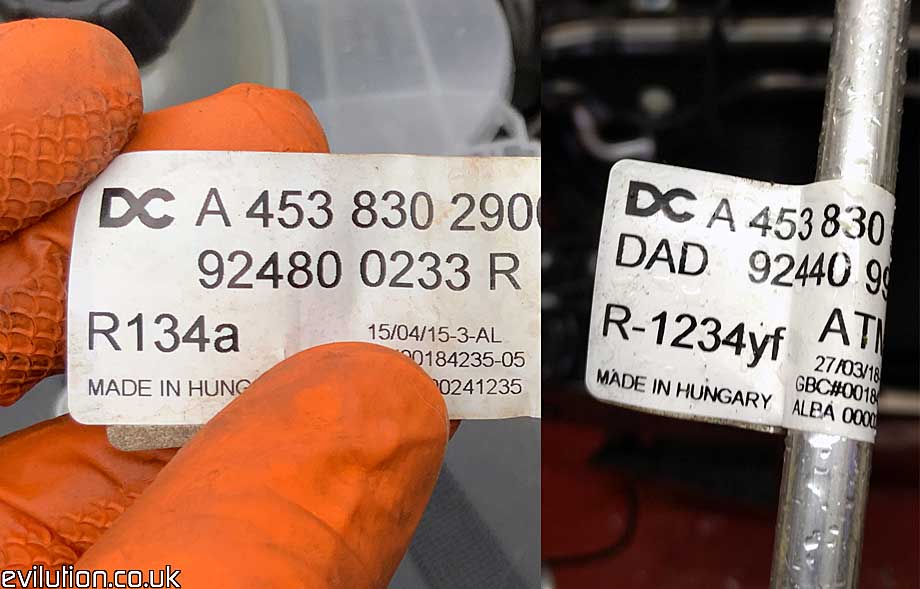 Since the beginning of the smart, the air conditioning gas type used was R134a.
The European Union decided that R134a was shit-in-a-can and it would single handedly destroy the world.

So they chose a replacement, made by Honeywell and was called R1234yf.
It had a far lower GWP (Global Warming Potential).

In 2011, the EU made up new rules stating that all new car platforms must use R1234yf.
The 451 had already been released so smart weren't required to adapt it to use the new type of gas.

However, Mercedes, Audi, VW and BMW refused to use R1234yf for 3 reasons.

It is less efficient.
The system has to be at a higher pressure.
R1234yf is flammable.

The new R1234yf systems have to be more robust due to the pressure,
plus it has to not leak as easily in a crash.

So, for years, Daimler pushed back against the EU despite fines and legal threats.

Because of this, even when the 453 was released, it was still using R134a gas.
Mercedes aren't happy with having to use R1234YF and are looking at moving towards CO2.

To keep the compressor running smoothly and to keep the rubber O rings from
drying out, a percentage of the air conditioning system is filled with a refrigerant oil.

This oil is normally PAG 46 (Polyalkylene Glycol) but PAO 68 (Polyalphaolefin) is compatible. 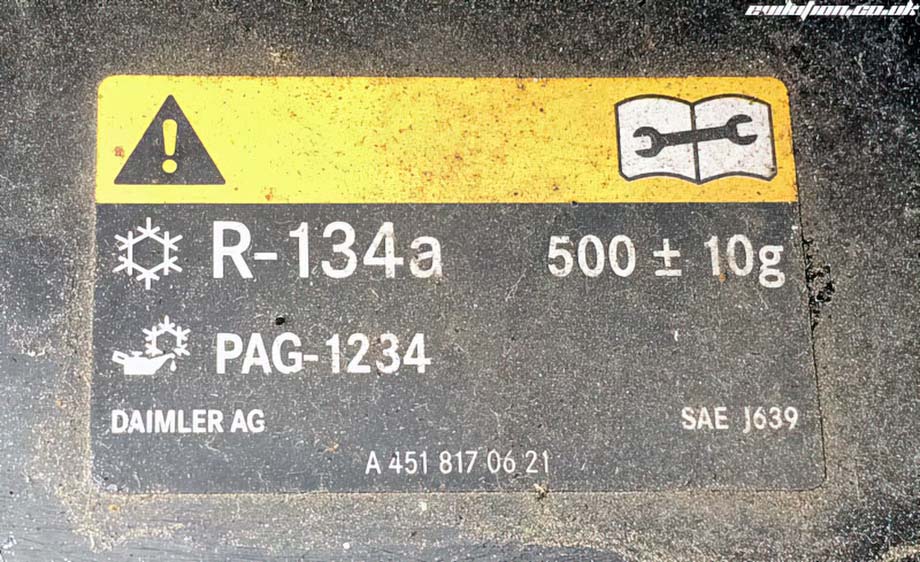