The ABS (reluctor) rings are now becoming a common problem on the smart.

The reluctor rings are positioned at the end of the driveshafts just behind the wheel hub. 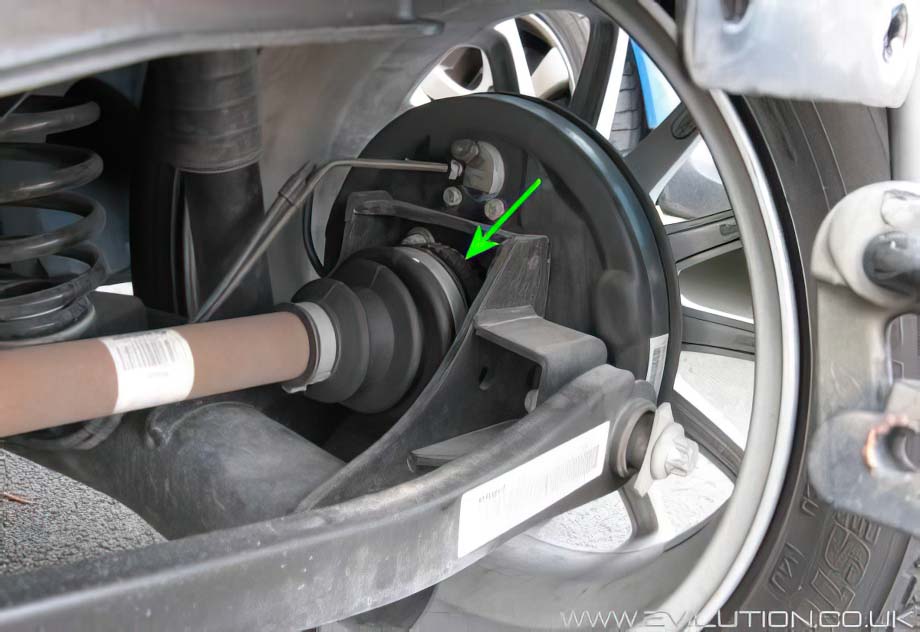 The easiest way to view them is to remove the wheel and look over the top of the hub. 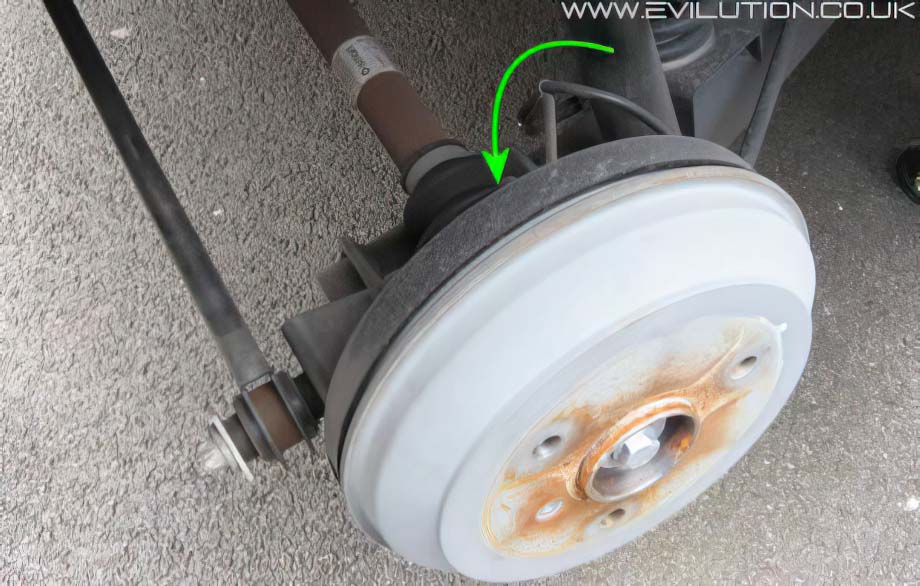 The reluctor ring (circled below) is a castellated ring that is ‘read’ by a sensor. 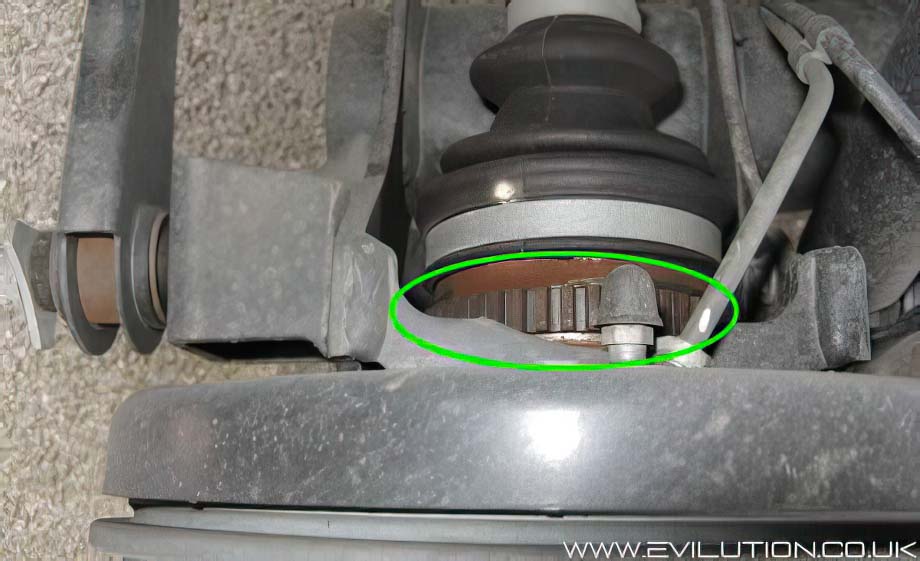 The ridges are read as ‘on’ and the dips are read as ‘off’, the faster the sensor switches on and off tells the ECU what speed the wheel is spinning at. If one of these rings is split it can cause an anomaly in the sensor data and the ECU thinks the car is skidding so the ABS kicks in.

You have to be very careful doing this as it involves jacking the car up without the handbrake on and with the car in neutral. It also involves you sticking your head in the wheel arch so follow the instructions if you don’t want a car on your head and of course a damaged car.

Park your car on flat gound, put the car in neutral and let the handbrake off. The car shouldn’t roll anywhere, if it does, the ground isn’t level. Chock the 3 wheels you aren’t working on, this will stop the car rolling as you jack it up. Loosen the wheel bolts on 1 of the rear wheels. Jack up that side so the rear wheel you want to check is off the floor.

Remove the 3 bolts and remove the wheel from the car. Double check the other wheels are chocked sufficiently before you continue.

Look over the top of the hub at the ABS ring, slowly rotate the wheel hub to make the ABS ring spin. Check carefully all the way around the ABS ring for splits, cracks or bad errosion.

I haven’t yet heard of a front ABS ring failing. They are well protected and rarely show any corrosion at all. This shouldn’t stop you checking them just in case.

Remove the brake disc and caliper.

Remove the centre cap to reveal the centre bolt. There isn’t much of a chance that you can remove the caps without damaging them, for the price, don’t bother, just lever them off.

Remove the E14 centre bolt (stretch bolt) and slide the wheel hub off. It should just slide off, if it gets caught, lever, don’t pull. (unless you like ball bearings).

The ABS ring is located on the rear of the removed hub. Clean up the sensor with a cloth. The front ABS rings are fitted to the front bearings so it is easier just to replace the bearings.

What Do I Do If I find A Split ABS Ring?

You have 3 options. Replace the driveshafts, fit new rings or attempt to repair the old ones.

Where Can I Buy Replacement ABS Rings?

Smartmods do the best replacement rings for the fortwo and Roadster.