How to open and secure your vehicle.

Locking And Unlocking Your SmartThe modern smart key has 3 buttons, you should have 2 of these keys with your car.

To unlock the car, press and release button B once. The car will notify you that it has unlocked by flashing all of the indicators once. 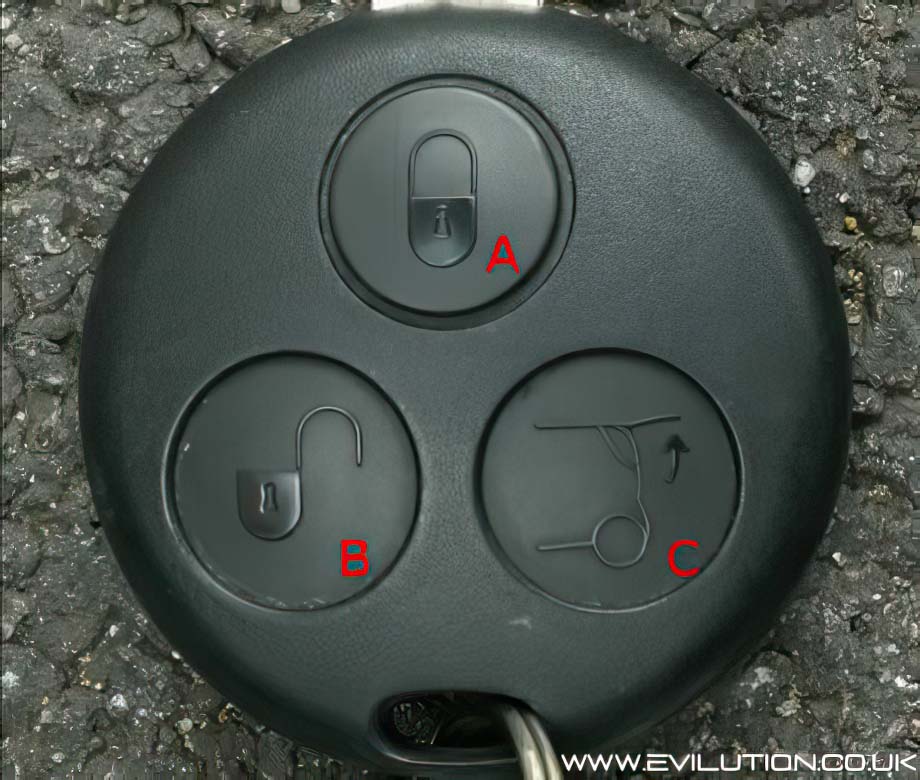 To lock the car, press and release button A once. The car will notify you that it has locked by flashing the indicators 3 times.

If the indicators flash only once when the lock button is pressed it means that one of the doors or the boot is not properly closed. Check both doors and boot are correctly shut and attempt to lock the car again.

If the indicators flash 9 times it is an indication that the battery in the key fob needs changing as soon as possible. From this point, the battery will have enough power to lock and unlock the car approximately 100 more times.

Changing the key battery can be found by clicking here. It is a good idea to keep a spare battery in the boot as it can be opened using the key.

If neither of the doors are opened within a minute after unlocking, they will automatically lock again.

Locking The Car From The Inside 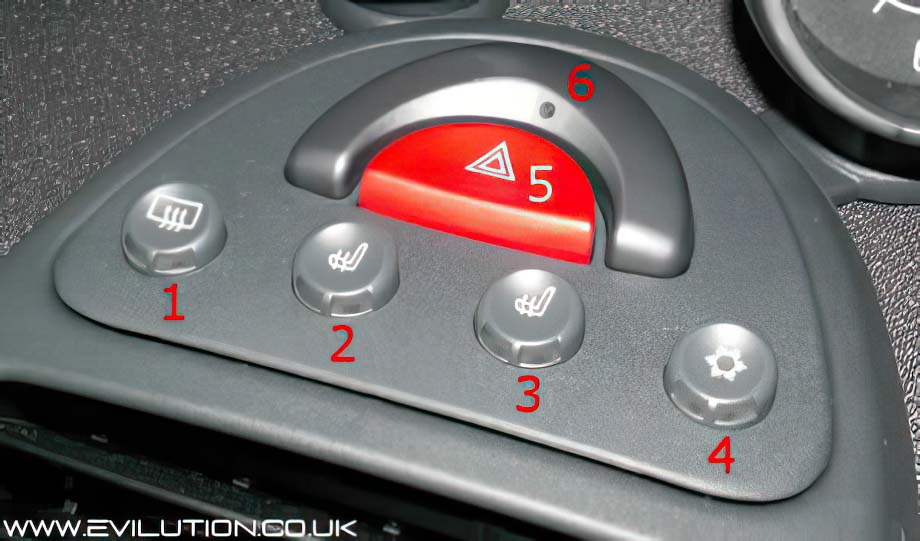 Unlock The Car From The Inside

The doors can be opened by simply pulling either of the interior door handles.

Lock The Car With A Dead Key Battery

If your key fob has died you can still lock the car using the following procedure:

Press and hold button C on the key, after about 2 seconds the indicators will flash once and the boot hatch will unlatch. To open the hatch fully simply lift the glass section. 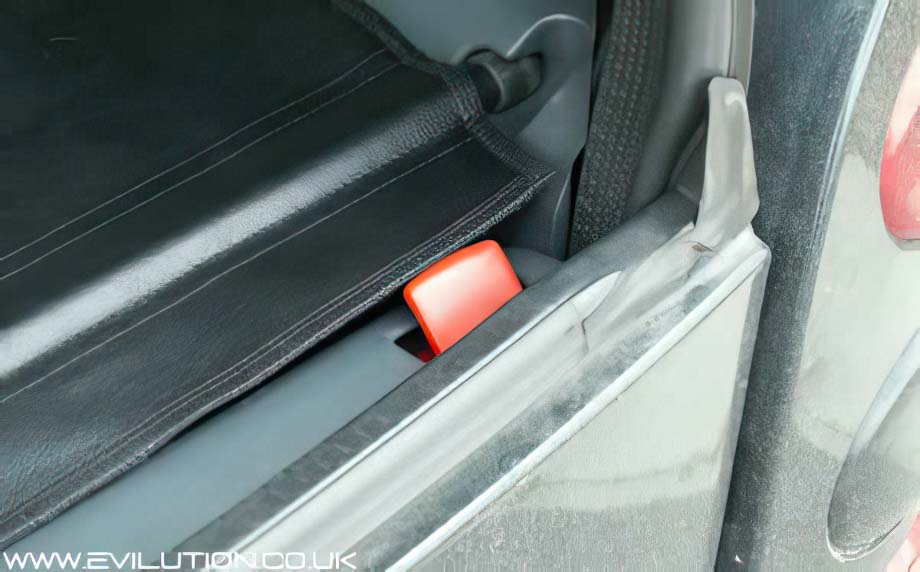 Don’t slam the upper glass hatch and don’t pull the hatch down using the inside catch. Although it is rare for the glass to smash or the catch to break off, there is even less chance if you don’t do it. A new glass hatch would have to be fitted in this case.

This info is edited and added to from information by Gavin M.

Double pressing button B (shown above) will automatically open the sunroof until fully retracted.

There are 2 things worth noting with this info. Firstly, it obviously doesn’t work with the hard top. Secondly, it doesn’t usually work with the soft top either. It depends on the revision number of your SAM unit, the age of your Roadster and if smart have updated the software in it during garage visits.