The smart turbos differ throughout the range, some can be exchanged for others, some can't.

What Turbo Is It?

This turbo is visually different to the other 2 types and can be identified by the lack of secondary air injection route below the manifold. Due to the different bolt spacing this is not a straight swap to a 700 engine. 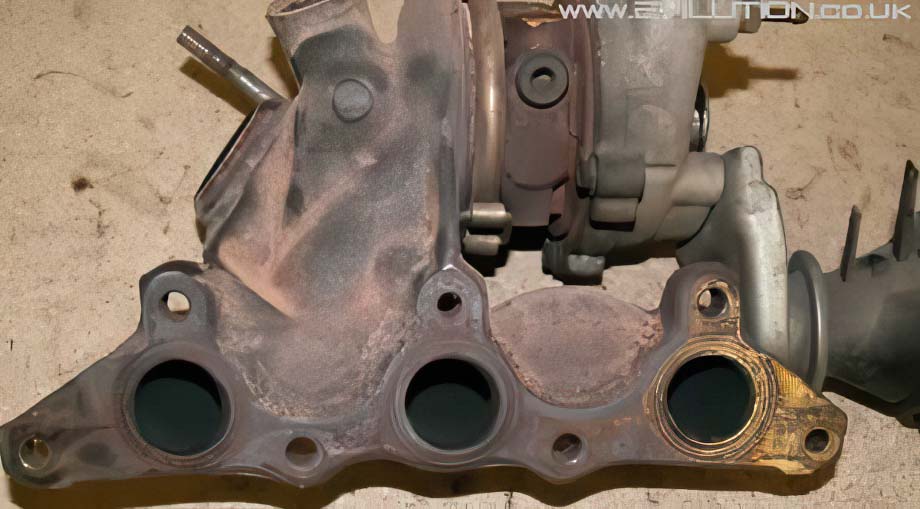 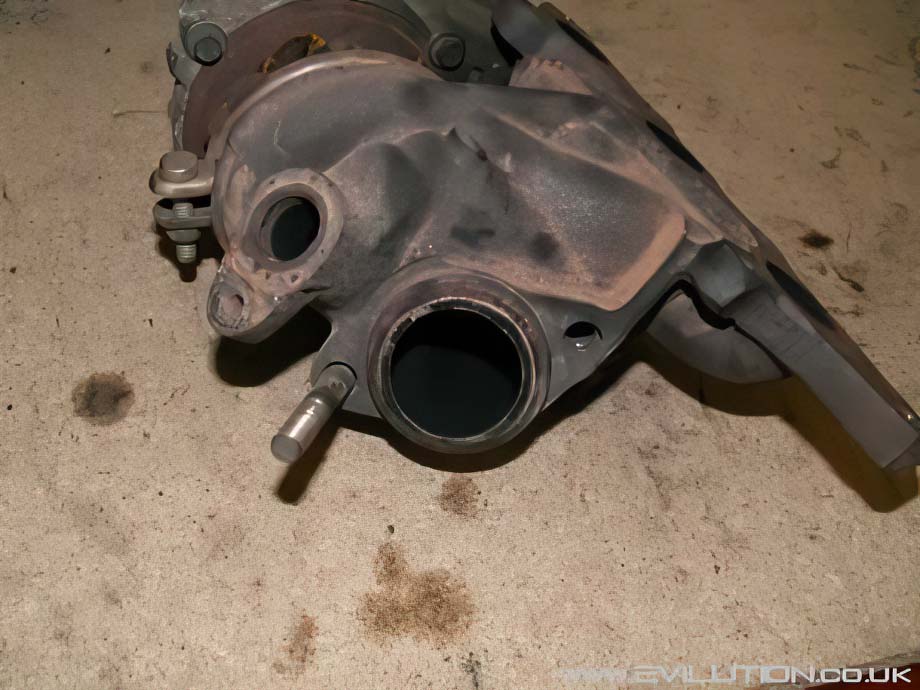 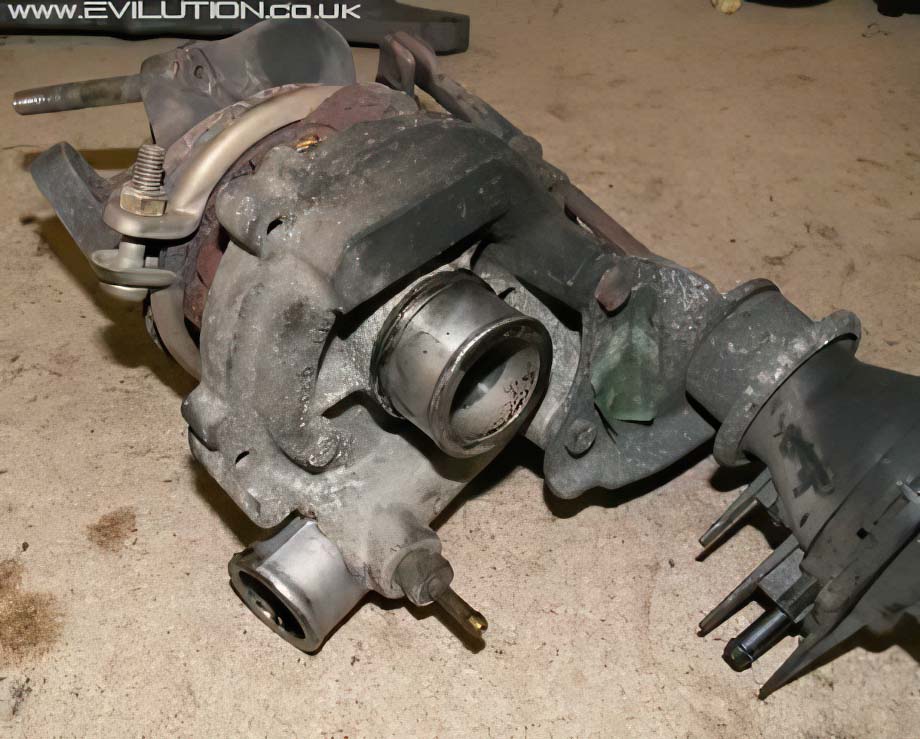 It is a common fault on the old 600 turbo for cracks to appear in the manifold. This leads to loss of pressure and escaping waste gas, if this occurs the lambda sensors get confused by the readings and the engine will pulse under normal driving. The cracks aren’t very easy to spot but some can be very obvious as seen below. 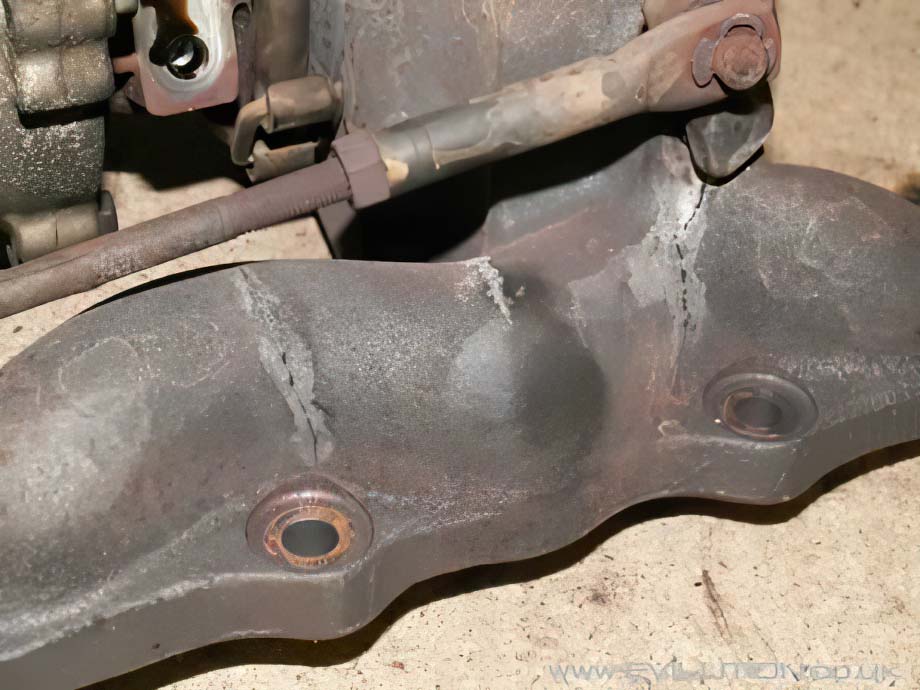 There is nothing that can be done to fix the cracks, people have tried welding them closed but the inherent bad design will eventually cause more. Smart did release an updated version of the cast manifold which resists cracking to a greater extent.

The 700cc turbo is identical to the previous 600cc turbo with the exception of the manifold, which was altered to reduce the likelihood of cracking, as described above and to add the secondary air injection route. 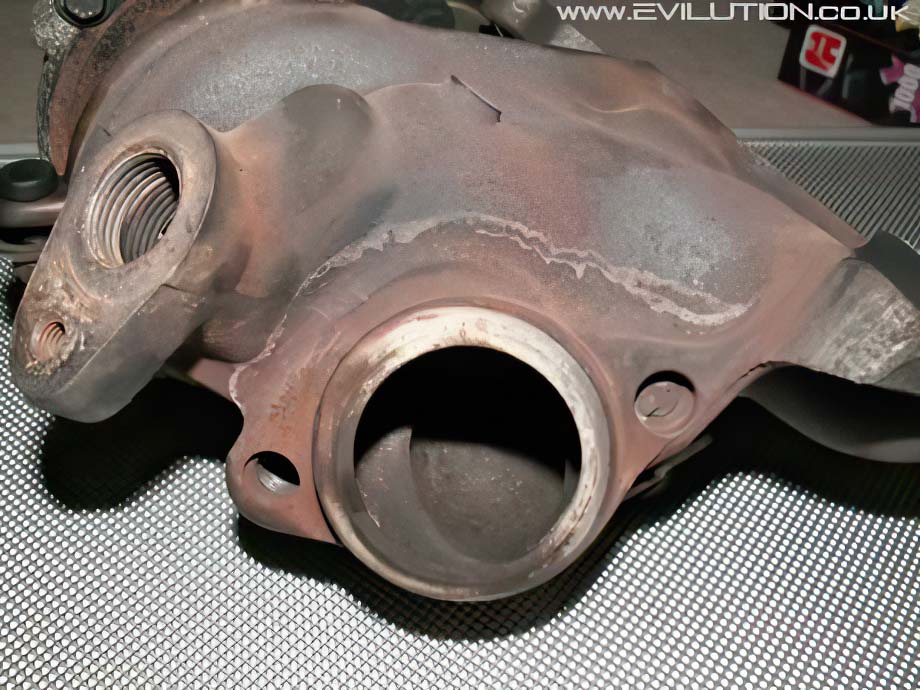 The inside diameter of the exhaust outlet is 33mm, the manifold stud PCD is 66mm. 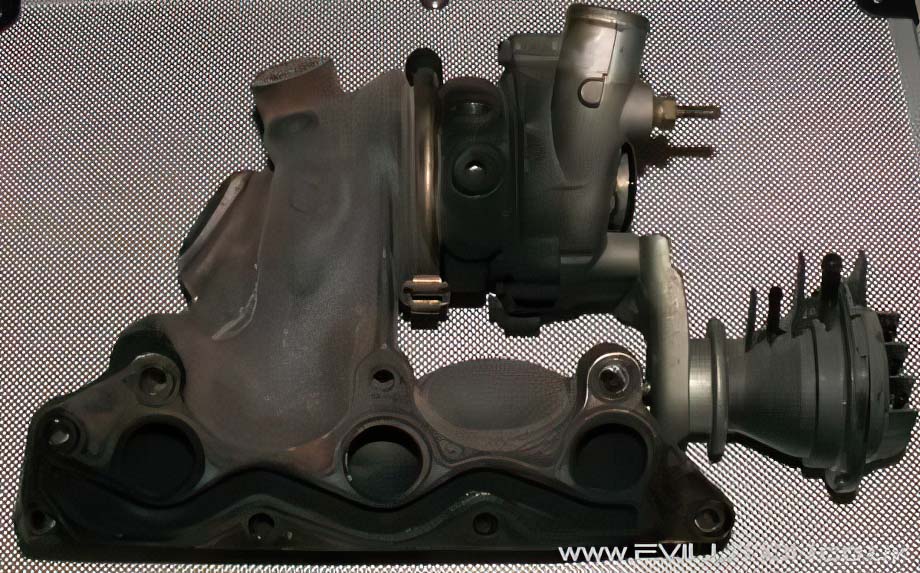 The pictures show how the roadster and 700cc turbos are externally identical. 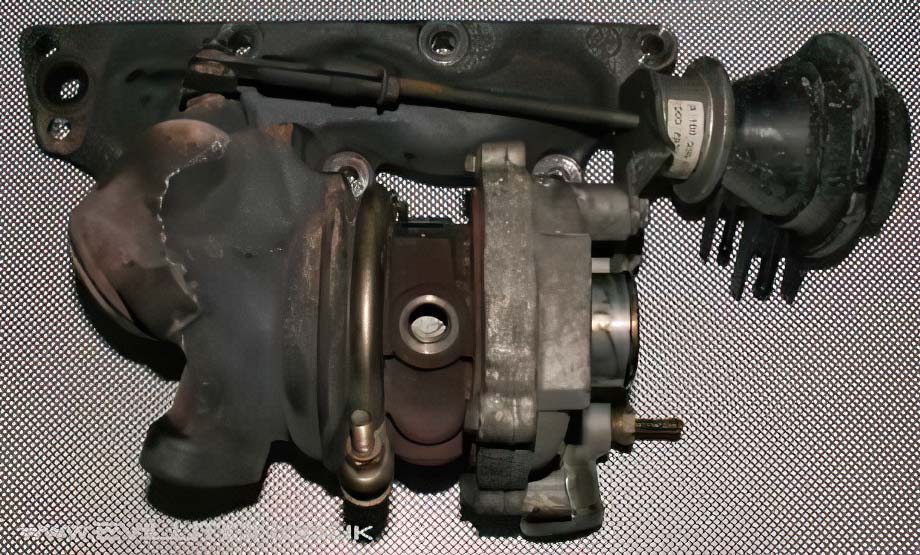 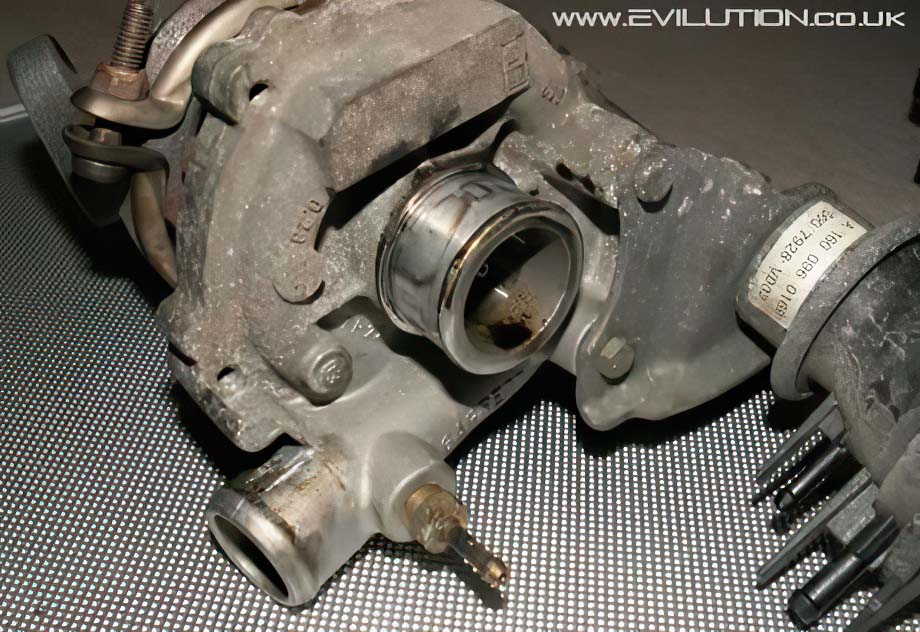 The oily residue visible in the pipes is condensed burnt oil vapour which entered the turbo along with the air from the airbox through the TIK pipe. This air/vapour mixture passes through the turbo and the intercooler into the engine where it is burnt by the combustion. The oily deposits occur because the oil vapour cools after leaving the engine.

There are 2 easy ways to differentiate:
#1 – Either take the number stamped near the inlet to smart and get them to check it or measure the size of the exhaust outlet.
#2 – The inner diameter of the outlet (shown below) should be about 40.5mm and the PCD of the exhaust studs is about 70mm. 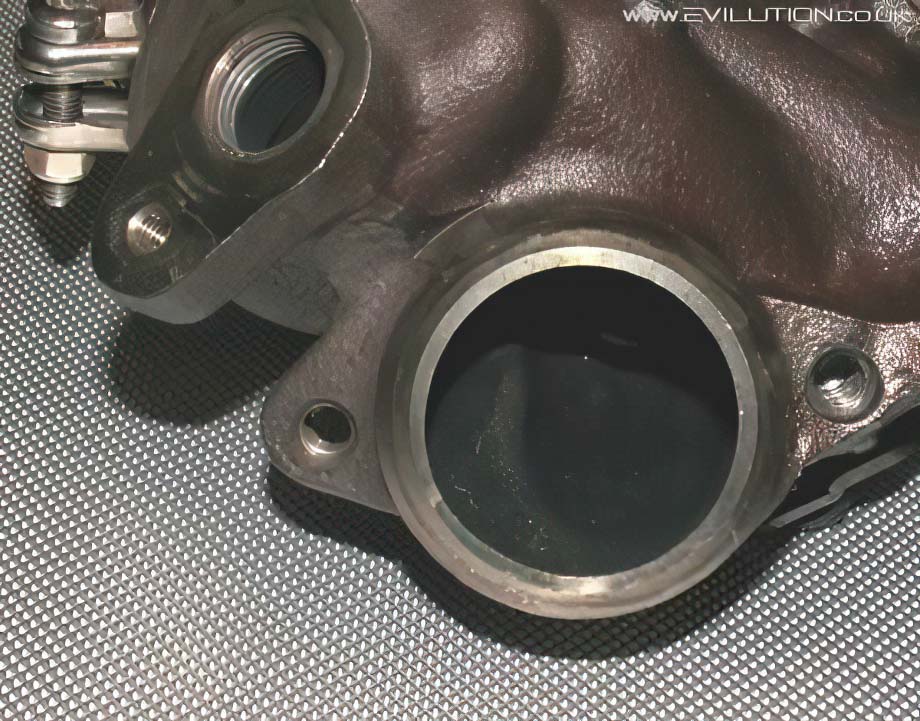 The picture below shows the entire underside of the turbo.

The brown cast iron section is the manifold, turbine housing, wastegate housing and exhaust outlet.
The silver section is the compressor housing.
The rust coloured section between them is the oil chamber.
The black plastic item is the wastegate actuator. 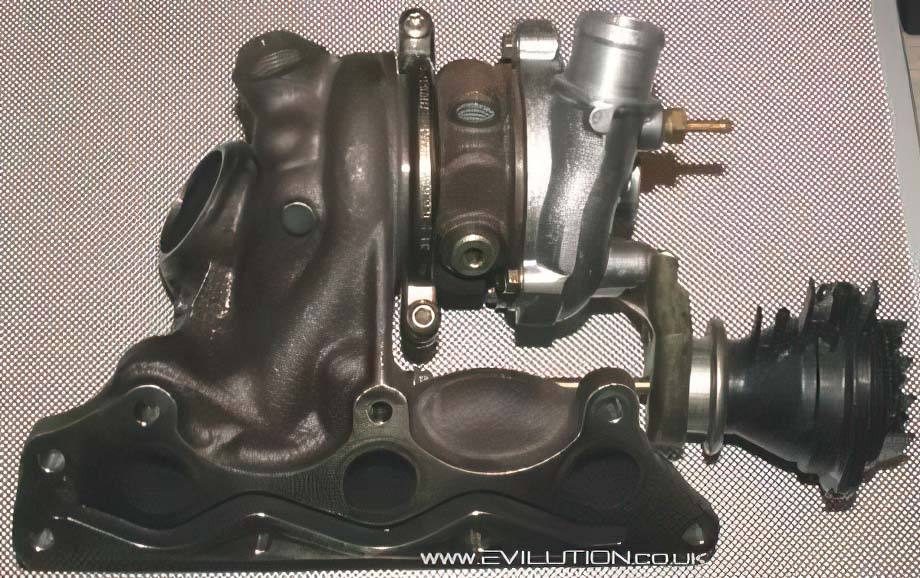 The picture below shows the top side of the turbo including the wastegate arm. Depending on the pressure in the engine, the wastegate actuator opens and closes to adjust the boost. People adjust this arm to increase boost but it’s not the best method to achieve it. 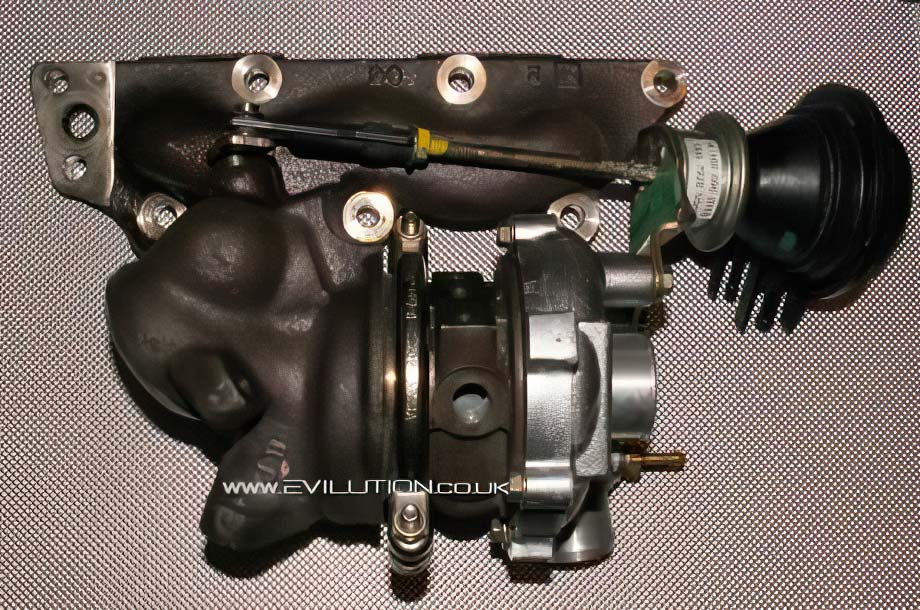 Below shows the data plate found on all smart turbos. The opening directly below it is where the air enters the turbo from the TIK pipe. The air is forced from the outlet shown in the bottom left, this joins to the intercooler and then the engine. 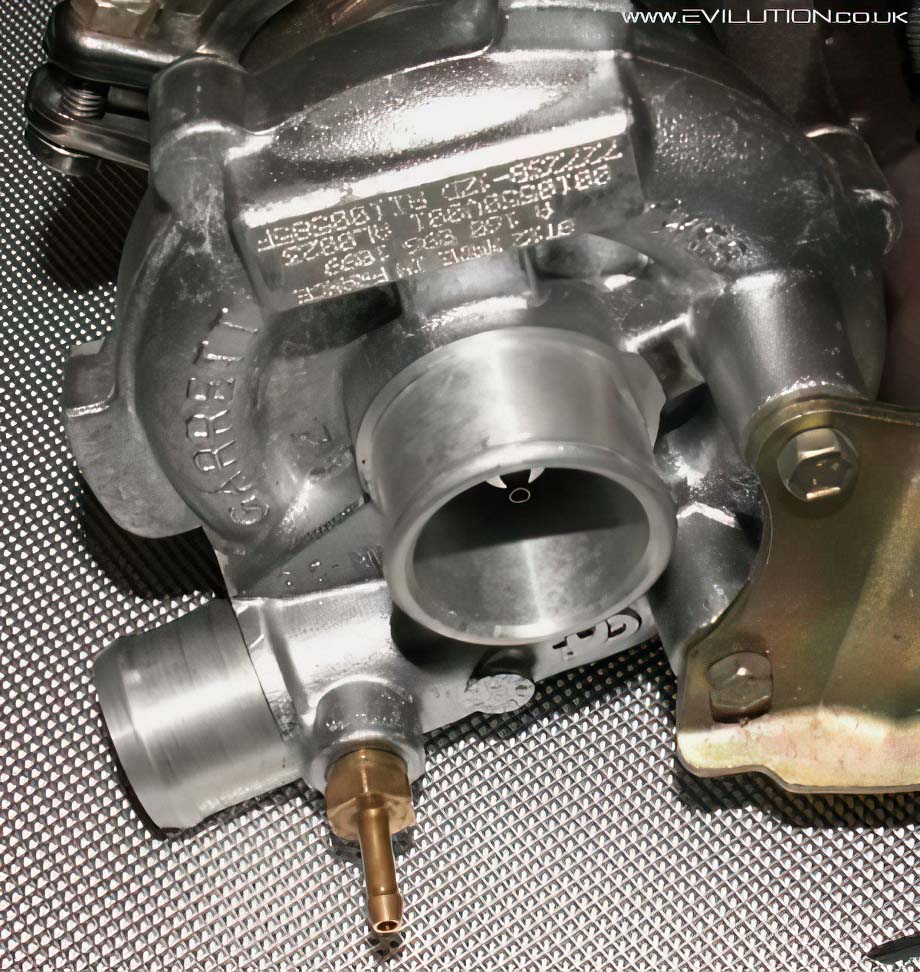 Many thanks to Brian from Canadian Supercharger for these pictures and sizes.

You can see straight away that this is totally different to the other types although the manifold layout looks the same as the 600cc turbo.

The diesel turbo is far more simple when it comes to pipework to and from the wastegate actuator. Just having a single pipe instead of 6 on the 700cc actuator. 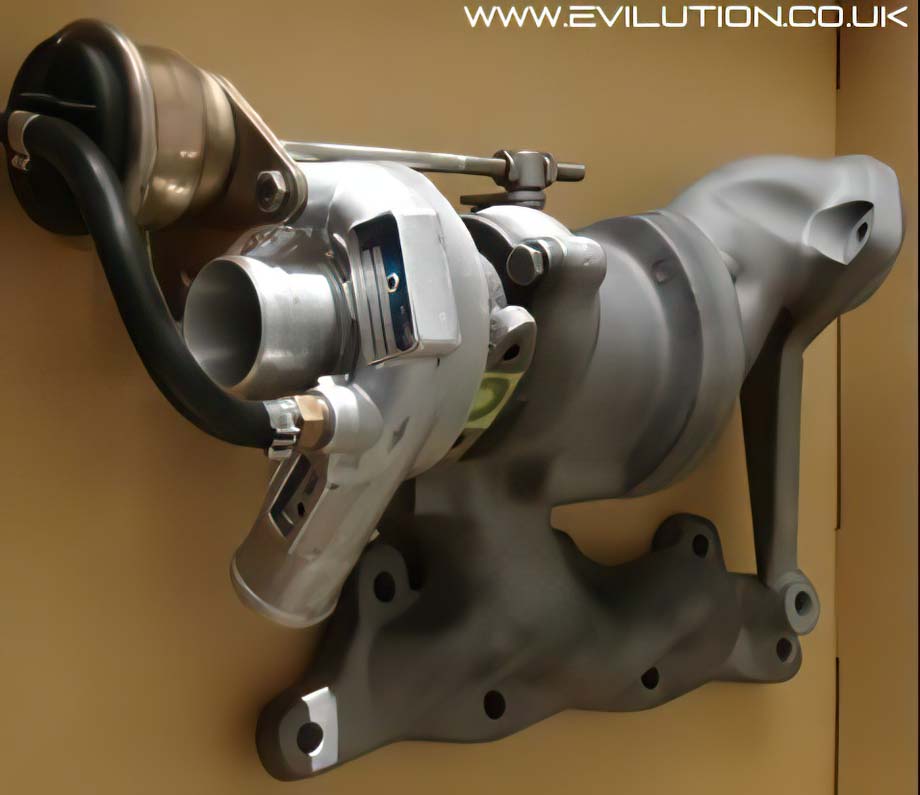 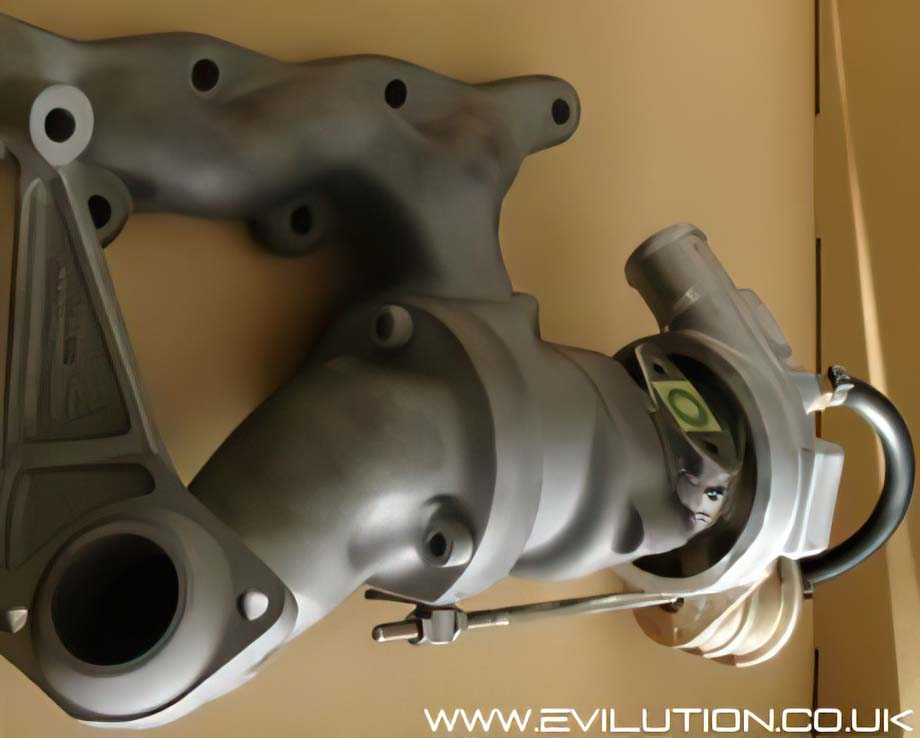 At present I do not have access to a diesel turbo but if I manage to find one I will put the info on here.