It is a fairly common complaint that the Roadster leaks and the water destroys the SAM unit causing electrical problems. Lets waterproof the SAM unit

Since the Roadster was 1st released there was a problem with water ingress. Water inside the car wasn’t the main issue as that just made it steam up and smell. The problem was it had a tendency to get into the SAM unit which controlled a lot of the electrical equipment in the car.

Water in the SAM could cause wipers not stopping or starting, horn problems, central locking faults, lights not working, tacho readout adding thousands of miles, immobiliser not deactivating, car not starting, windows malfunctioning, roof opening on its own, etc. Pretty much all the non engine electric could be affected.

There were only 3 leaks that endangered the SAM unit. Poorly bonded windscreen, poorly bonded bulkhead or the most common was a leaking wiper bucket. This was a plastic bucket that sat below the wiper motor that channelled water from the scuttle to the underside of the car. Unfortunately the seal on this bucket isn’t suitable for the job it is asked to do and quite often this seal isn’t even fitted correctly.

This wiper bucket was unfortunately positioned right above the SAM unit so it was inevitable that the water was going to drip onto the wires and travel into the SAM  unit. This would short out the microchips and cause the electrical troubles that people have seen.

Roadster owners have battled against leaks, desperately trying to stop their SAM unit from going for a swim but when I became a Roadster owner myself, I realised that they were going about it the wrong way.

Instead of waterproofing the car, just go straight to the source of the trouble and waterproof that.
It should be remembered though that is a prevention and not a cure. Don’t think that waterproofing
your SAM is all you need to do. You do need to stop the water getting in in the first place.

This is just a prevention just in case (or when) it does happen.

I studied the angle of the wiper bucket and noticed that it naturally angled forwards meaning
that the water, more often than not, would drip off the front which was positioned directly above
connections N11-8 and N11-9. The biggest problem with that is connection 8, 9 and 10 are
connected to a satellite board inside the SAM unit that carried all of the microprocessor chips.

These are the parts that are destroyed by water. Despite being low voltage,
smaller track spacings and water absorption increases the likelihood of a
short circuit which damages the transistors inside the chips.

Remove the SAM unit from the car. I labelled the wires but all the connections
are keyed differently so they can only be placed back into their correct sockets. 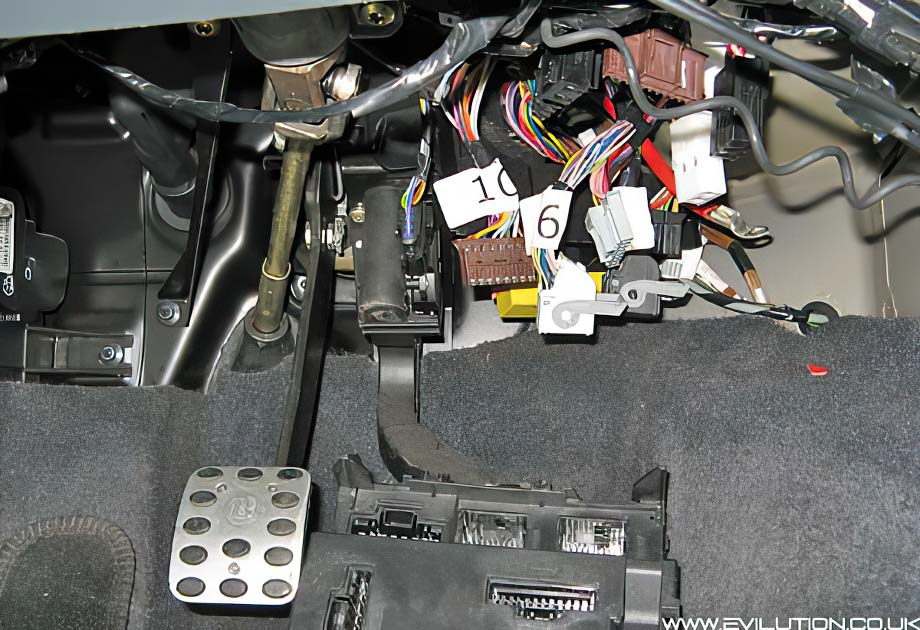 This shows the top of the SAM unit. You need to remove the 4 large fuses from the top. 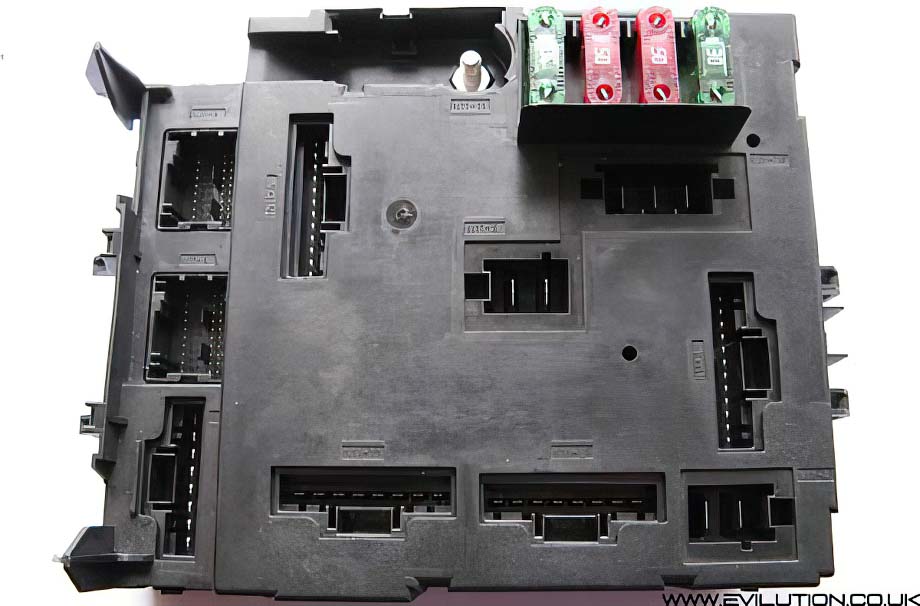 Below is N11-8 and N11-9 which are the 2 connections that suffer from water ingress. 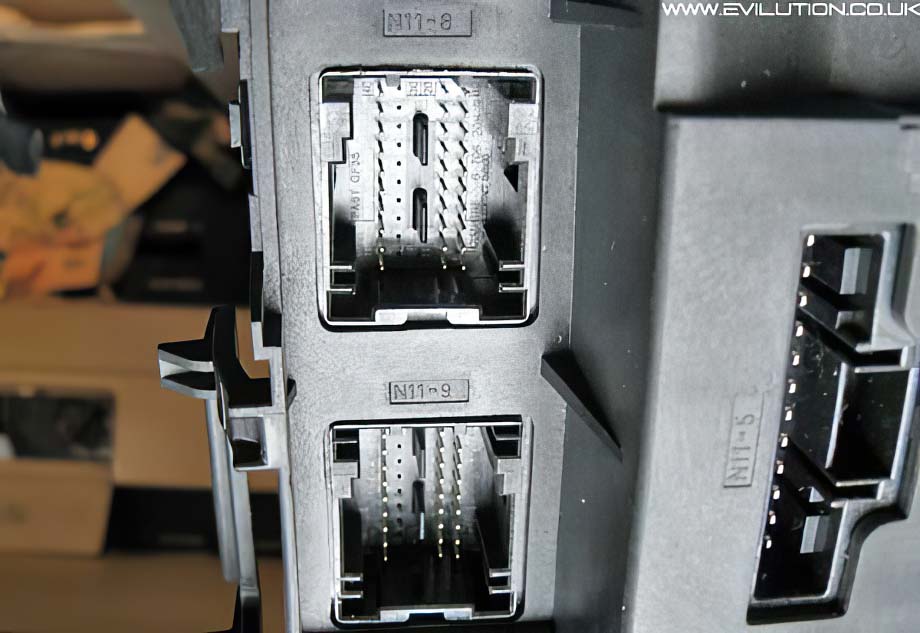 Flip the SAM unit over and remove the 3 Torx10 screws. You don’t need to remove the other fuses.