The crankshaft rotation sensor plays an important role. It tells the ECU where the pistons are so the fuel is injected and the spark plugs fired at the correct time to create the correct 4 stroke combustion cycle. It is becoming more common now for these to fail, become intermittent or even for the fixing bolt to become loose.

Removing the sensor really is the only way to be sure. If the bolt isn’t tight when you try to remove it then try tightening it up. If the sensor drips water when you remove it and turn it upside down you should replace it (or perhaps dry it out and try to reseal it as a quick repair). If the sensor looks fine and the bolt was tight, replace it with a new one.

Quite often (and common with this model) you may find that the car runs really badly or stalls totally only when it has warmed up. These sensors can suffer from internal heat damage which increases the internal resistance. 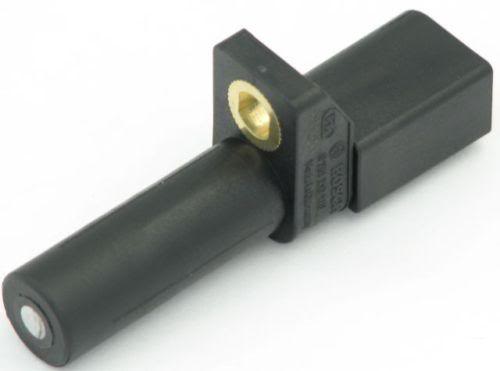 Poor running.
Misfire.
Stalling.
Cutting out when warmed up.
Not starting.

Other sites will tell you to remove the top and bottom intercooler pipes, throttle body, intercooler fan and the intercooler just to get to the sensor! If you you aren’t totally ham-fisted you can save yourself a lot of time and messing about using 1 simple and cheap tool.

Firstly, undo the clip holding the intercooler pipe to the throttle body. I have the Forge silicone hoses on mine but the method is the same. 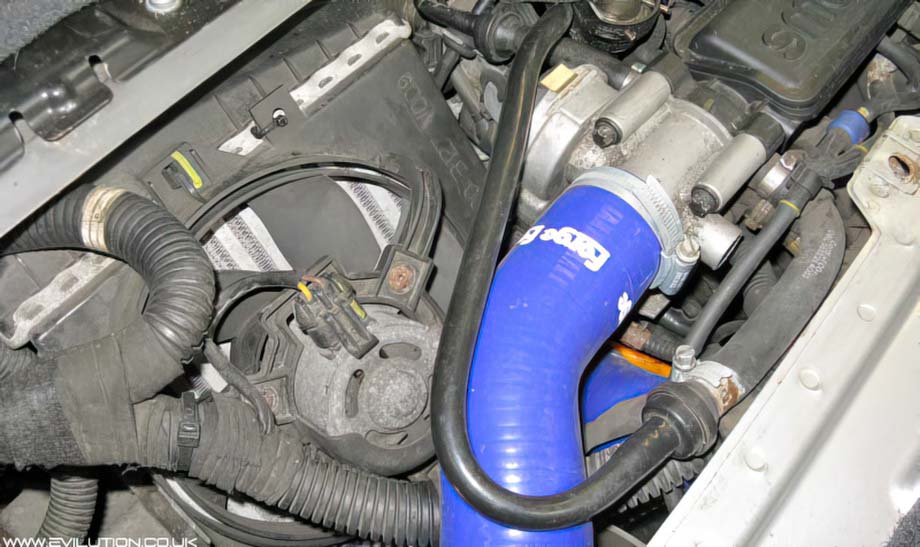 Loosen the pipe clip at the bottom of this pipe where it goes into the intercooler, this will allow you to swing the pipe out of the way. Disconnect the throttle body electrical connection, remove the 4x Torx “E” bolts and take the throttle body from the engine.

(You could forego removing the top pipe clip totally if you loosen the lower pipe clip, remove the 4 torx bolts and swing the pipe up with the throttle body still attached. Disconnect the electrical connection though). 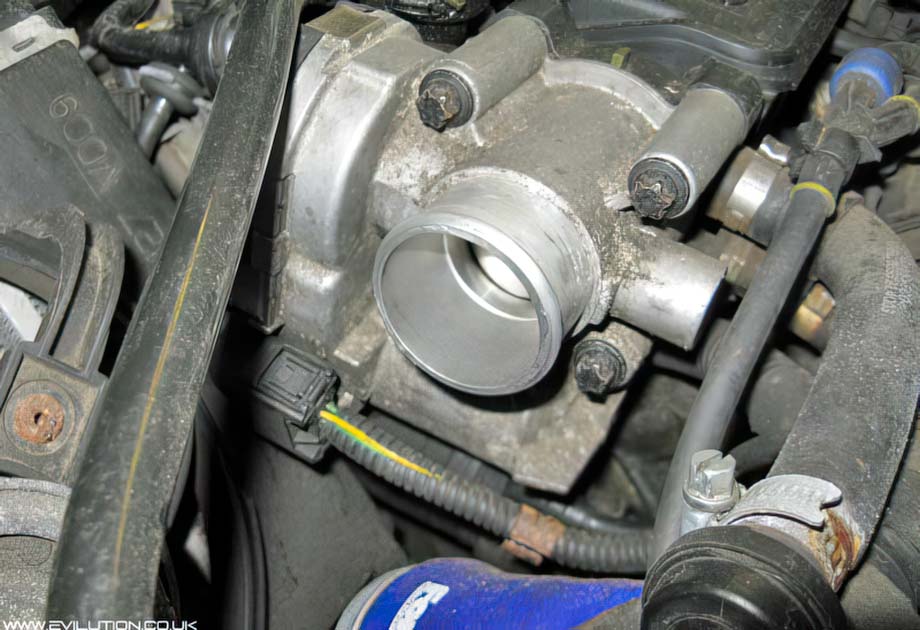