If DRLs are not standard on your car, you can buy an add on module by MisterDotCom (MDC) that adds the functionality to your car.

Many thanks to Steven for allowing us to publish this modification. Steven is the distributer for MDC parts in Canada. If you are outside Canada and USA, visit the official MisterDotCom website.

This kit comes with only one item – the DRL module. 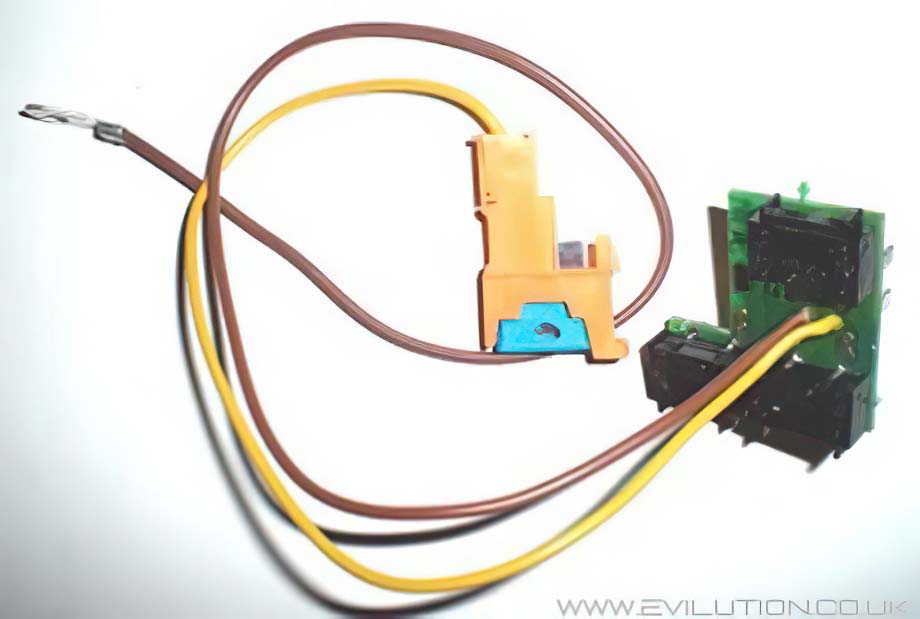 *NOTE* It is RECOMMENDED for safety reasons that you follow instructions provided in your car’s manual and disconnect the battery before installing or removing this device.

Before starting, make sure you have your car’s stereo security code if you will be disconnecting the battery. The dealer where you bought the car should be able to provide this for you if you don’t have it. Physical and electrical damage is not covered by warranty! Be certain to follow all instructions to avoid damage. In particular, the black fuse holders on the circuit board are especially susceptible to damage so take extra care when handling.

The fuse box is located above the driver foot well (above and to the left of the pedals). Simply pull down the black felt cover with your hands. All fuses are labeled by numbers moulded in the plastic. You may need a flashlight to identify them.

Remove the three fuses at numbers 22, 23 and 24 from the fuse box and insert them into the three fuse holders on the DRL board. Be careful not to put any upward force when inserting the fuses as the holders are very susceptible to bending and breaking.

Now insert the Daytime Running Lights Mod into the newly vacated slots for fuse 22, 23, and 24 being careful to orient the device as shown in the photo below.

Finally, take the brown (black in photo) wire with the metal loop connector at the end over to the grounding bolt, which is located in front of (toward the front of the car) and to the left of the fuse box. There will be one or more other brown wires already connected to that bolt. Remove the nut with your 10mm wrench, connect the wire, and replace the nut. 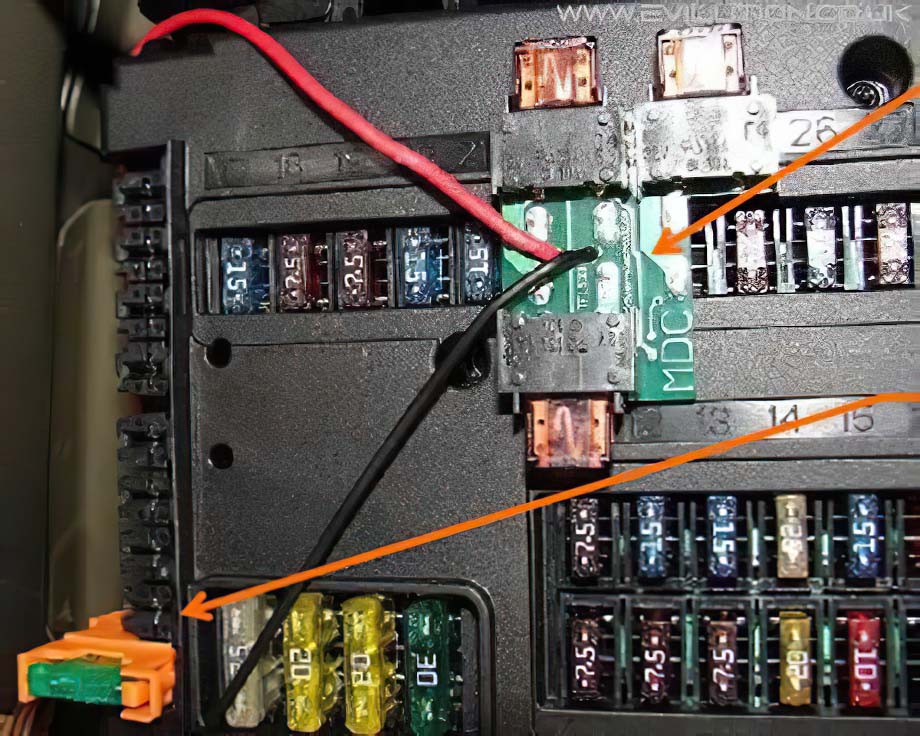 Programming The DRL Board

Reconnect the battery if applicable. Turn the key to position ‘1’ (power on, engine off).

Turn your car off and remove your key to finish programming.

If your smart has factory DRL (all Canadian smarts) you must disable it to enjoy the benefits of this mod. To turn them off, see here for info.

All Canadian smarts already have Daytime Running Lights and the Coming Home feature (other smarts may have it as well). Disabling the factory DRL lets you take advantage of the bulb-saving features offered by this mod, but you can not (as far as I know) disable the CHF. With the factory CHF and this mod’s CHF both working, you get an odd compounded effect. The factory CHF will turn the lights on for a pre-set period of time then they will shut off, after a brief pause the mod’s CHF will engage and keep the lights on for the duration you programmed, then they will nicely fade off. Its an unexpected behavior and a bit odd, but causes no forseeable harm. To avoid this, simply program the mod’s CHF to ‘off’ as described above. (again, you can not turn the factory CHF off).