The 5 per side Hella daytime running lights on the 451 where surprisingly poor quality and failed regularly. 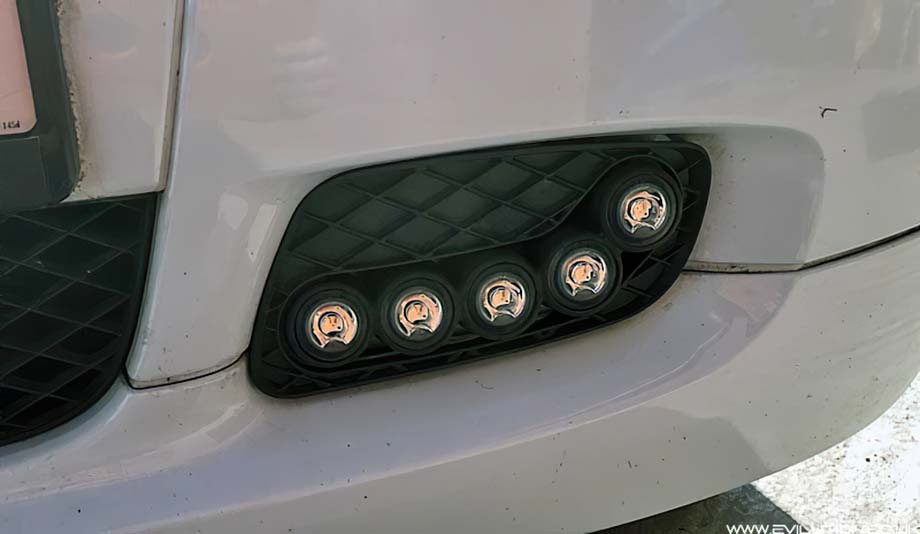 …at some point, some will fail. 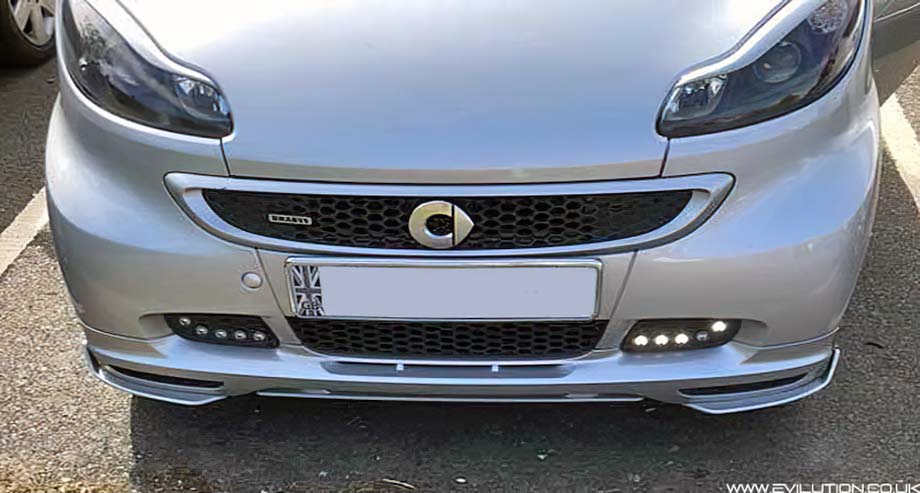 Hella charge a lot of money for their lights, so why are they shit? Very simple, cost cutting and money saving.

The body is made from aluminium and much like the Brabus alloys, they aren't zinc primered before painting.
This means that over a length of time, aluminium oxide (rust) forms on the surface of the body between the
aluminium body and the paint. The oxide layer is fluffy and is a poor base for the paint.

It doesn't take long for the paint to delaminate and the oxide layer creates a direct route for any water
to wick directly into the light housing. Once in there, the water and the electricity causes corrosion of
the LED connections and the copper tracks on the printed circuit board. 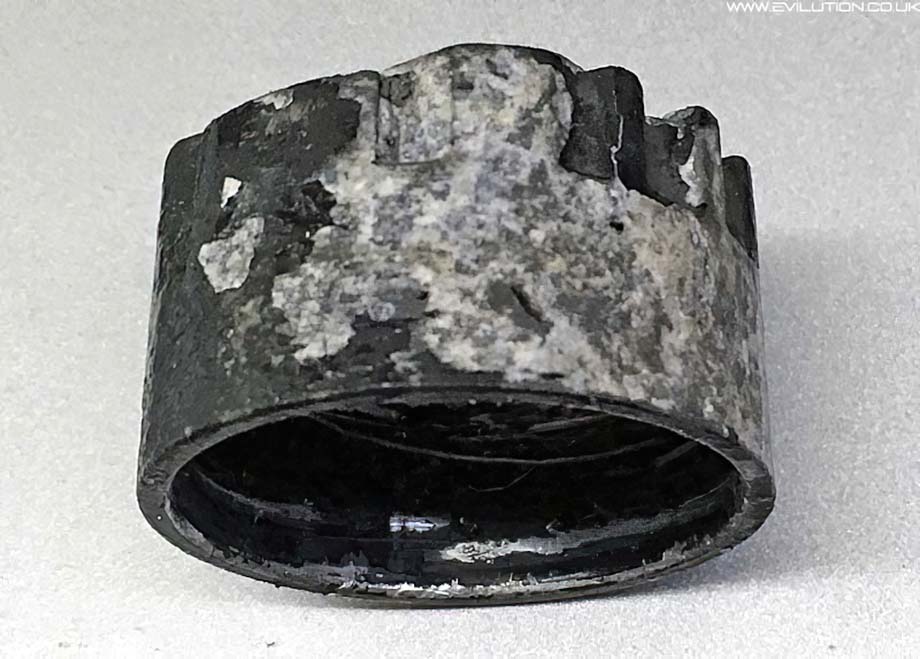 I got sent a few faulty ones by Dreamliner CDI. This was the worst one. Everything had corroded. 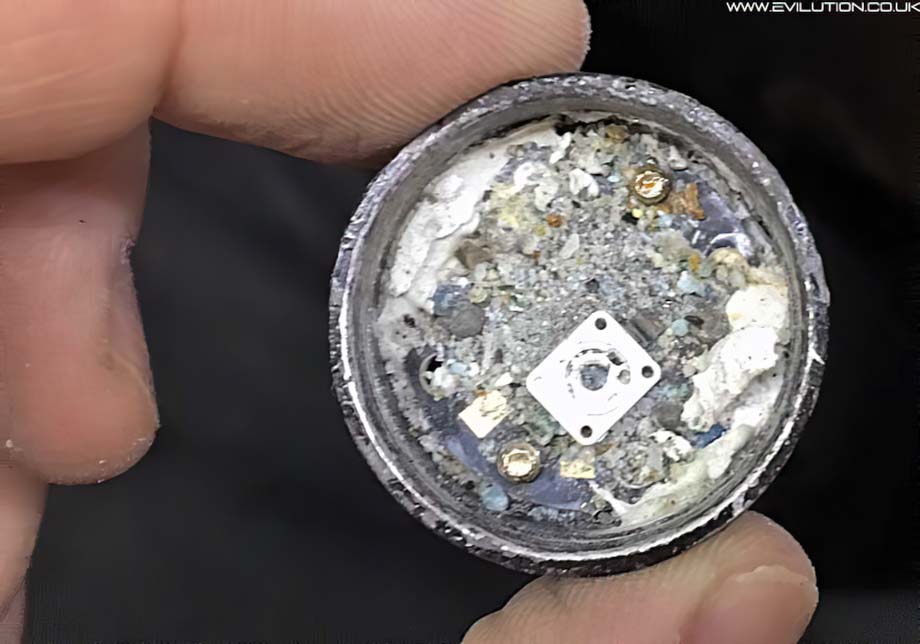 You have to lever the plastic lens out. Heating the unit up can help soften the glue. 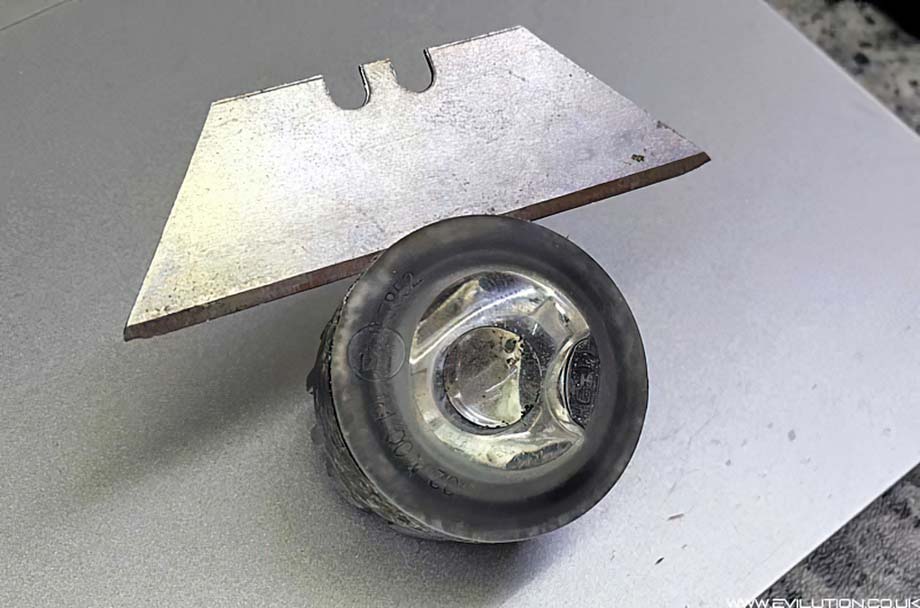 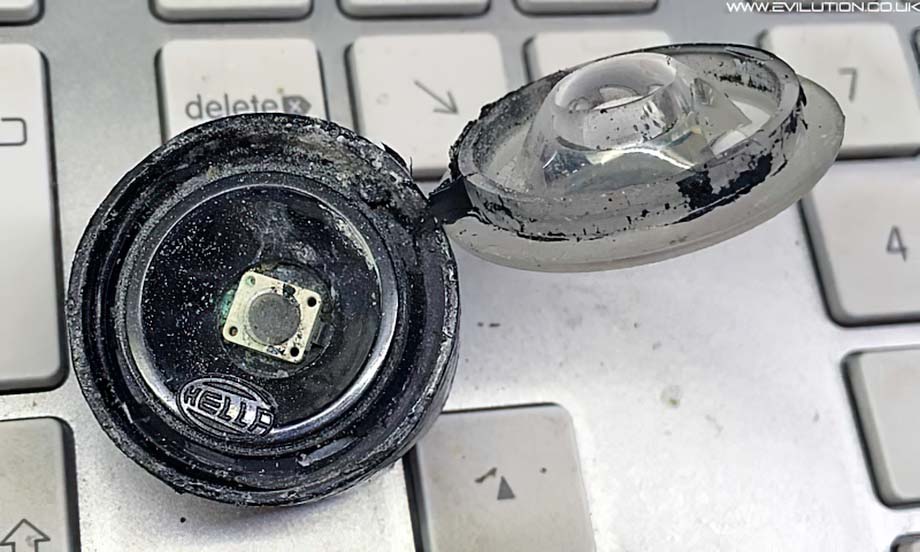 Flip the unit over… 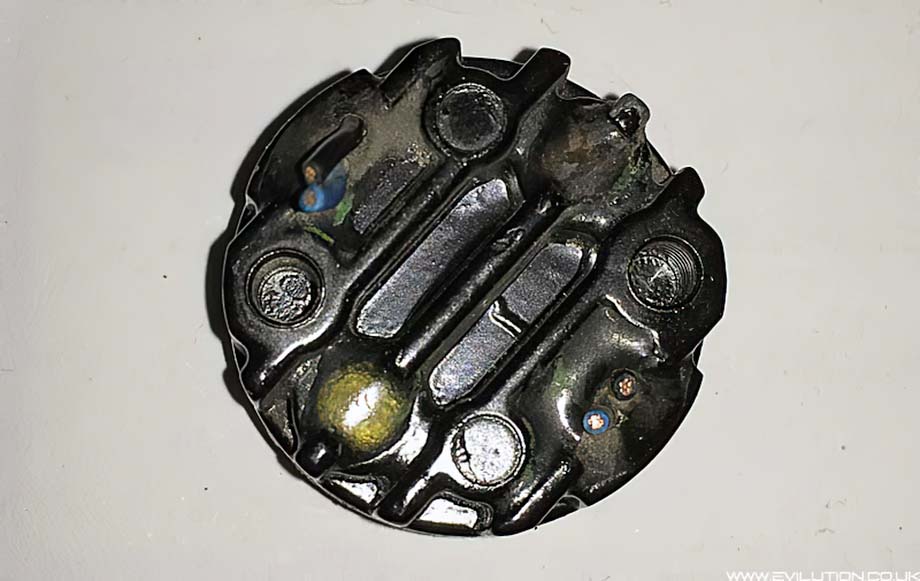 …and heat it up with a hot air gun or solder rework gun.